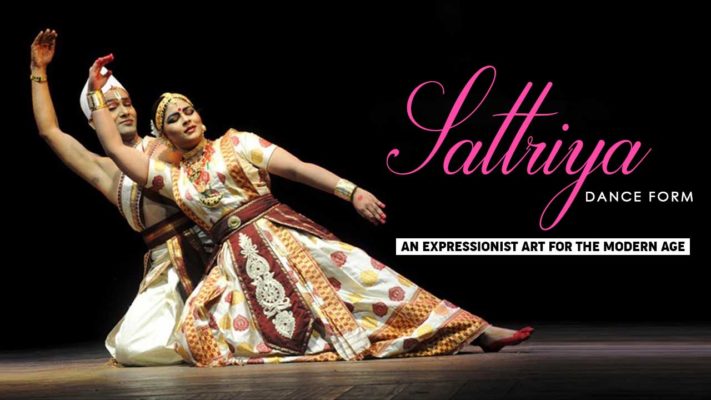 The identity of any dance is incomplete without the music that accompanies it. The unique raga tala pattern of Sattriya music, the two categories of Sattriya vocal (raga-based and light ), variations of presentation for different occasions at different sattras, musical instruments, as also unique features such as Gayan Bayan who sing, dance and initiate a traditional Sattriya performance.

— Chitra Visweswaran in “Dance as a daily offering.”

A Leap To The Past

Culture and tradition is the hut for the future. Sattriya, one of the ancient dance forms of India was unnoticed for years. The traditional art form has its own significance and aims at bringing the tradition to the limelight. Vaisnava community are the propagators of the dance. The dance form entails minute religious facts through the art. The historical facets create a sense of patriotism and help us to relate to the past and carry it to the modern generation.

Sattriya is an ancient art form of Assam. It took its root from 500-year-old theatre tradition which was taken by the Vaishnava monasteries of Assam. The art form is a dramatical dance performance that recites religious stories through expressions. Sattriya was introduced in medieval India, in the 15 century. Samata Sankar Dev was instrumental in bringing the art form into existence. The 2 categories of dance are Paurashik Bhangi – male style and Stri Bhangi. It was a male-dominated dance when the art was introduced in the tea state.

Translate The Art With Colors And Music

The dance received recognition in 2000 from Sangeet Natak Academy. The art form was elevated from the Vaishnava group that propagated the dance in the state. The attire to perform the dance was unique for both genders that welcomed the traditional dance with doti chadar, turban, ghuri and Kanchi and was stitched with Assamese traditional cloth. Pat silk saree was worn when the women community staged the art.

Kuchipudi is a solo dance performance. Attire the dancer wears is a saree. The dance is devoted to goddess Radha. The dance form came into existence from Sanskrit Hindu text.

Sattriya dance is devoted to Lord Krishna. Sattriya can be performed as a group or individual performance. The dance form propagates Bhakti movement.

Political Influence Against The Style Of Dance

Sangeet Natak Academi was instrumental in organizing the first national seminar for dance to propagate the various dance forms in the country. Maheswar Neog, a renowned scholar jotted a reasonable number of points to spread Sattriya across India by making it recognized as a classical dance form. Many great scholars raised voice to announce Sattriya as classical dance, but the political front under the leadership of Humayun Kabir, Former Education Minister denied the proposal in 1958 despite arguments.

But the government recommended the dance form to be recognised in Sangeet Natak Academi awards. It was not recognised as a classical dance as local public of Assam refused to speak the nationalist script in 1958. It is evident that that act of the public would have aroused misunderstanding between Assamese and the government of India.

Raise Of Art With Performance

Anita Sharma is a versatile Sattriya dancer. She became a legend with practice under Padmashree Nrityacharya Jatin Goswami. Awarded by the Sangeet Natak Academi Award in 2014 along with a Junior Fellowship by Ministry of Human Resource Development between 2005 and 2007 on different types of folk in Sattriya dance, she has written many articles on dance in the magazine Anunad.

Anwesa Mahanta was a Sattriya dancer who was trained by Ghanakanta Bora. Mahanta received Indian Cultural Heritage grant (ICH) from Sangeet Natak Academi for her research work. She is an artist of Prasar Bharati, a broadcasting company. She was awarded the Ustad Bismillah Khan Yuva Puraskar of Sangeet Natak Akademi for 2013-2014 for showcasing her talent in Sattriya dance.

They are the few dancers who are pillars of Sattriya dance who play a pivotal role in making the art form stand long and preserve the cultural heritage.

Sattriya dance being unrecognised for long has been elevated as a dance form with the efforts of the performers. The traditional dance of Assam looks back at the state with pride that the nation has bound the art form like any other dance or cultural heritage in India. Father of Sattriya, Samata Sankar Dev’s tireless encouragement has gained unimaginable recognition worldwide.

Related posts:
[VoxSpace Selects] The Story Of Madhubala : An Unforgettable Beauty With A Poignant Tragedy In Her H...
VoxTalks With Kubbra Sait : An Artist Who Has Carved A Niche For Herself On The Indian Web Space
[VoxSpace Life] The Air India Story - How The Maharaja Became A Pauper