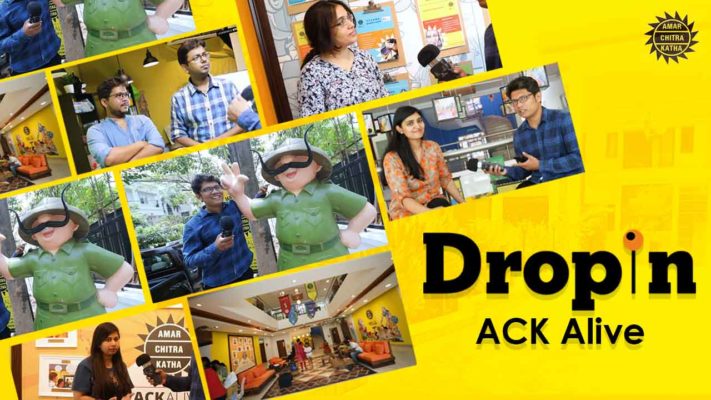 Shikari Shambu Is Back And How!

Growing up, only half of the millennials had the exposure to incredible stories of ancient India and its culture. There’s a character called Shikari Shambhu, that I recently got to know. All those who were born in the 80s and the early 90s have had the pleasure of experiencing the adventures of Shikari Shambu. And now, I am sure that almost 75% of Gen Z has never heard of the term Amar Chitra Katha. And obviously, most of us are far from even knowing who Valmiki, Balarama or Amrapali is!

With the advent of technology, we unknowingly came so far from our roots and stories of our heroes. To bring them back to us and ignite the creative spirits, Amar Chitra Katha and Tinkle have come together to form the first ever Creative Learning Centre in the country – Amar Chitra Katha Alive making Hyderabad its first stage.

Truth be told, I was so anxious and heartbroken the first time I heard of it. You know why! I hardly ever played in a playground. By the time I was in my early teens, Mobile phones were in full swing and we started ‘playing’ with creatures that appear on the screen. And so, to see such an immense space for the kids to play and explore various forms of arts made me envious. But later, of course, the amenity and features of the place warmed my heart so much.

With Story Telling and puppetry as the primary attractions, ACK Alive is offering a lot of courses and workshops in various art forms. Music, Classical Dance, theatre, art, calligraphy, aerial yoga, kalaripayattu and a lot of other creative and exhilarating arts and skills are going to be taught to the kids by professionals. Various rooms and halls have been allocated for different arts.

Actor Rana Daggubati who has been associated with ACK Alive from scratch has initiated the launch party on the 31st of March, 2019. The Centre is now open with multiple summer camps and workshops. I can’t be more excited for the kids of this generation and myself too. Thankfully, it’s not exclusive for kids alone. Any and everybody can grab admission in any session of their choice and experience this mind-blowing world of creativity, imagination, and innovation.