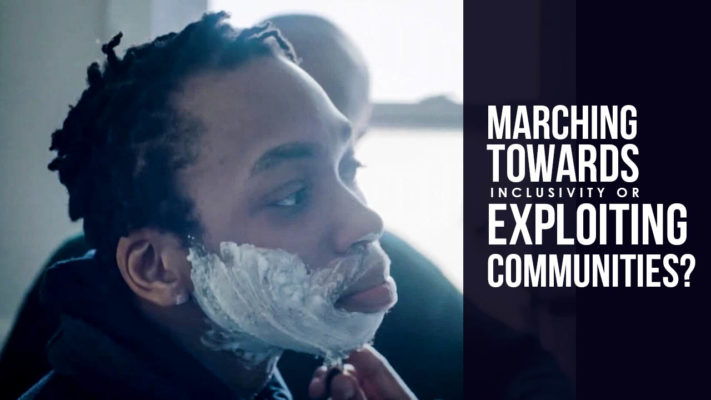 Another Step Forward Towards Inclusion

Gillette released a new ad that shows a father teaching his transgender son how to shave for the first time. The ad features Samson Bonkeabantu Brown who is a Toronto based artist opening up about his first experience shaving after his transition. “I always knew I was different. I didn’t know there was a term for the type of person that I was,” Brown continued “I went into my transition just wanting to be happy. I’m glad I’m at the point where I’m able to shave.”

The video then cuts to Brown and his father in front of the bathroom mirror where he encourages his son saying “Now, don’t be scared. Shaving is about being confident”. Brown explains that his transition is not just about him but also about the people around him. The ad then shows the text “Whenever, wherever, however it happens – your first shave is special,” ending the video is the companies tagline, “ The best a man can get”.

The Support The Ad Got

This ad was part of the companies campaign called #MyBestSelf. It premiered at the Inside Out LGBT Film Festival in Toronto. The video had mixed reactions from the viewers. Many LGBTQ supporters are applauding the video for its inclusiveness. PFLAG National which is the first and largest organization of parents with LGBTQ kids tweeted in support of the brand along with the famous day time host Ellen Degeneres.

Mixed Reactions Towards The Ad

There were also groups of people who found the ad to be manipulative. They argued that the ad was made to exploit transgender people for monetary gain. Some users also recognized that the ad was a marketing strategy but had respect for choosing such a subject matter. The last set of reactions were the ones that took an issue with the brand supporting the transgender community. They condemned the ad and protested against it saying that it encouraged hormone therapy and gender reassignment to high school kids.

The company Gillette has been pretty vocal that they are pleased with the response the ad got. In a statement to People they said, “We anticipated there would be some negative response to this video, however, we’re thrilled with the overwhelmingly positive responses we’ve seen, from both consumers as well as organizations.” The statement continued “As a brand committed to helping men look, feel and act their best, it’s important to us to embrace inclusivity in how we portray masculinity. This is especially true for Samson and others in the trans community, which is why we created  ‘First Shave’”.

This is not the first time that the brand has done something that made some people angry. In January Gillette released a commercial discussing toxic masculinity. While the ad was praised by many, others found it insulting and called the ad “anti-men”. Inclusiveness is becoming common day by day. There is always a fear of backlash and tons of negativity directed towards it, but inclusion is still prevailing slowly and steadily.

Related posts:
VoxTalks With Swaroop RSJ : A Visionary Director Who Is Here To Change The Game
[VoxSpace Life] Stories In Doodles : The Past, Present And Future Of Indian Graphic Novels
[VoxSpace Selects] Game of Thrones Concludes : One Fantastical Vision Of Life