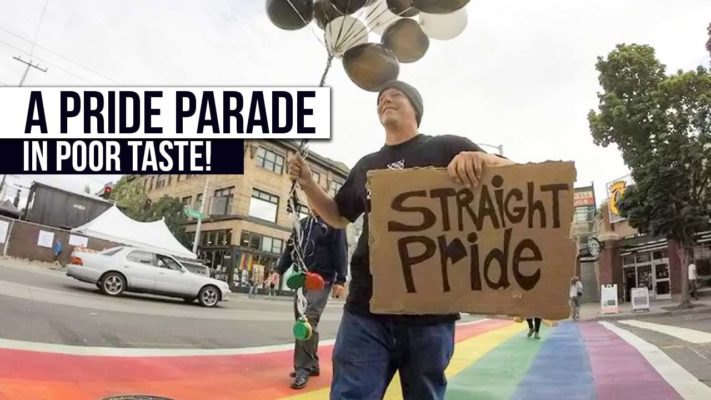 A Straight Pride Parade Without Permission

The idea for a “straight pride parade” started from a group called “Super Happy Fun America” run by three men. The parade was promoted by this group for August 31st but was rejected by the city officials. This parade seems to be a response to the city’s rejection of a straight pride flag at the city hall. After the parade was held the city came forward saying that the group had not been given a permit to hold the parade.

Super Happy Fun America is lead by John Hugo, who ran for Congress as a Republican in 2018 and lost. The second leader is Mark Sahady who according to MassLive is the part of a right-wing group called Resist Marxism. Lastly, the final member of the trio is Chris Bartley, a “gay ambassador” who uses his status in the LGBTQ community to challenge heterophobia. According to their website, they were formed to “celebrate the diverse history, culture, and contributions of the straight community.”

For their event, the group demanded the same route as the Boston’s pride parade as well as the same accommodations for street closings, floats and more. After the parade was rejected by the city the group still went ahead and held it. Shady posted on Facebook saying “It looks like the Boston Straight Pride Parade will happen. We filed a discrimination complaint and it appears the City of Boston understands they would lose in litigation.” He continued saying that, “The city is now working with us on the parade. We will have the streets closed and be allowed for floats and vehicles. The tentative date is 8/31 but will be finalized in the next few weeks.” Shady ended the post with, “This is our chance to have a patriotic parade in Boston as we celebrate straight pride.”

The Backlash From The Internet

The FB post went viral when a NY Times editor Carolyn Ryan shared the screenshot of the said post. The backlash it faced online was massive. With people mocking and ridiculing the parade, the popular sentiment faced online can be shown by this tweet shared by the user @KyleKallgren “The Straight Pride Parade exists for the same reason as Men’s Rights and White Pride: to denigrate and belittle the progress made by the marginalized. It’s nothing less than the mockery of the oppressed and should be treated as such.” Big names like Smash Mouth and Chris Evans condemned the event as well.

Why Such A Parade Is Not Needed

In the end, a parade representative of the majority is not helpful in any way in combating a stigma. Parades and protests are held to show the injustice that is being done to a person or a group. They are done to push change and give voice to a problem that is not spoken about by the greater mass.