What To Expect From Game Of Thrones Season 6 Finale Based On The Previews…! 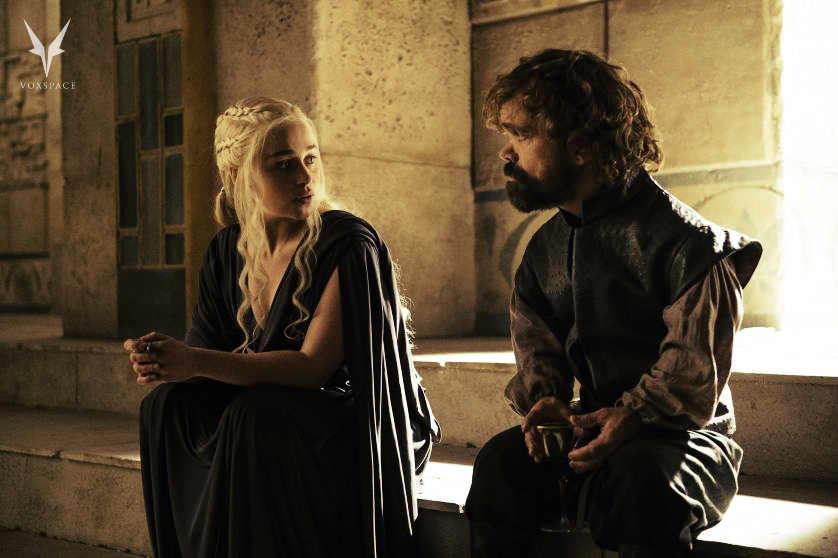 In the early years, the biggest events in “Game of Thrones” history tended not to come in season finales. Neither — spoilers alert — Ned Stark’s execution nor the Red Wedding was in a concluding episode.

But lately, the show’s creators have been packing their closers with an awful lot of punch. Tyrion put a fatal arrow into his father to end Season 4, and just last year, Jon Snow was executed by his Night’s Watch brethren.

That’s worth keeping in mind as “GoT” fans look forward to Sunday’s Season 6 finale, the series’ longest episode at 69 minutes. This has been a momentous year, probably the most packed with plot developments yet. Yet there are several simmering stories with the potential to boil over still. And various people associated with the show have promised that this finale will do more than merely set the table for next season.

Here is a quick look back at key moments in previous “Game of Thrones” finales, leading up to discussion of what is left to cover in Season 6:

1. The first season’s finale, “Fire and Blood,” dealt mostly with the aftermath of Eddard “Ned” Stark’s execution, one of many moves proving King Joffrey lacked impulse control. Daughter Arya fled the capital, while daughter Sansa, engaged to Joffrey, effectively became the prisoner of the king’s family, the Lannisters. Ah, but in the east Daenerys Targaryen emerged from her husband’s funeral pyre, her three dragon eggs now hatched. And dragons, we now know, are the “Game of Thrones” equivalent of nuclear weapons.

2. Season 2’s closer, “Valar Morghulis,” takes its title from the phrase meaning “All men must die.” But nobody died in the episode. Instead, Robb Stark broke his engagement to marry Talisa Maegyr, a move that led directly to the events of next season’s Red Wedding. The episode ended with Sam watching the White Walker and wight army advancing ominously toward the Wall from the north. It is now four seasons later and they are, presumably, still advancing. When you’re already dead, you’ve got all the time in the world.

3. This was a busy one. Called “Mhysa,” it followed up on the Red Wedding, a Lannister-backed breach of honor that saw the promising leader Robb Stark slain, along with his mother, Catelyn. Tyrion Lannister warned his father Tywin that northerners would never forgive them that move. The priestess Melisandre convinced Stannis Baratheon that he must put aside his claim to the kingship to go fight in the north because that is the real battle. And the episode ended on Daenerys freeing the slaves of Yunkai, who call her “mhysa,” which means either “mother” or “three more seasons in the east.”

4. Season 4 ended with “The Children.” Tyrion was imprisoned, about to be executed for allegedly poisoning King Joffrey. But brother Jaime helped him escape, and he sneaked into his father’s bedroom, finding his love, Shae, in the bed. Tyrion killed her, then shot his father Tywin to death while the latter sat on the toilet. This was probably fortunate for the Lannister twins, Cersei and Jaime, because Cersei had just admitted their incestuous relationship to their father. The episode ended on Arya headed for Braavos, where all that Faceless Men business would toughen her up, yes, but also take her out of the main storyline for a couple of seasons.

5. Last season’s “Mother’s Mercy” was chock full of events, which bodes well for Sunday’s finale. It saw Cersei’s “walk of atonement,” a former queen’s naked march through the streets ordered by the religious zealots who now control the capital. Stannis Baratheon, who had a legitimate claim to the kingship, was defeated in battle and then slain by Brienne of Tarth for his role in the murder of his brother and rival Renly. And at the end, Jon Snow’s Night’s Watch compatriots, believing wrongly that he had betrayed them, took turns stabbing him to death. At least for the moment.

So what can we expect from Sunday, an episode called “The Winds of Winter”? There will likely be resolution in King’s Landing, where Cersei faces trial and would like to break her son, King Tommen, free of the Faith Militant, the capital’s all-powerful religious order. Remember that Tyrion in the previous episode told of stores of deadly Wildfire secreted away in the city.

Arya and Daenerys, in separate cities in the east, are both now free, seemingly, to return to Westeros, a development that can’t come soon enough. We might learn whether Sansa is carrying Ramsay Bolton’s baby, as has been rumored among fans (but was rendered doubtful in her pre-death message to him about his disappearance from the planet). And perhaps the return of the visionary Bran Stark, as foretold by publicity photos HBO released this week, will finally give viewers the answer as to who Jon Snow’s parents are, a mystery solution that was hinted at as the season began but then set aside. That’s a lot of anticipation to pack into the next couple of days.