23 KickAss Facts About “Batman” That We Bet You Never Knew 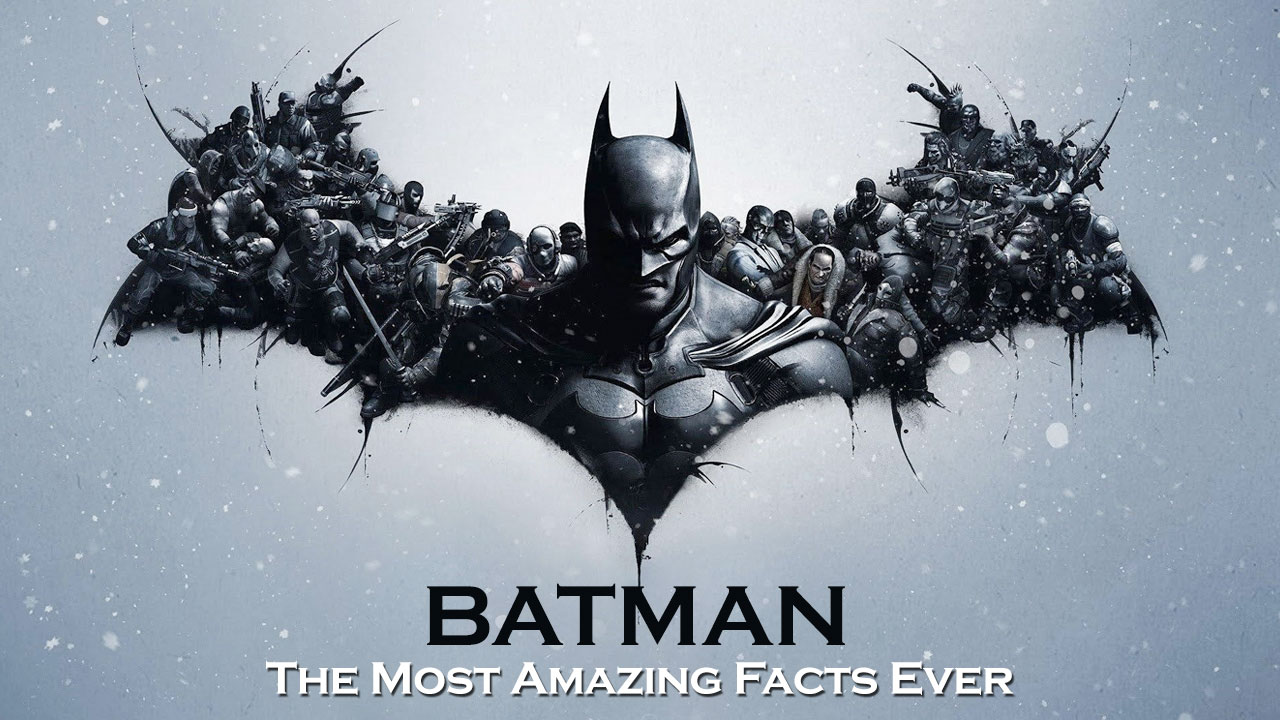 “The Batman phenomena gives me great satisfaction to realize that I have millions of fans in the world. That I have created a hero that influenced so many people in the world and it gives me a wonderful spiritual satisfaction to know that and it really touches my heart, I feel so gratified that I created a superhero who can reach all elements of our society, And that’s quite fulfilling“―Bob Kane, Co-Creator ” Batman “.

And as it were, for most parts often, Batman has remained one of the most iconic symbols of comic book mythology ever. The Dark Knight trilogy which further extend the superhero’s glory and lore, brought in a movie making revolution which was unprecedented to say the least, catapulting comic book based movies to be a form of pure mainstream art form. Hence below are some facts which have amazed us about the masked vigilante to celebrate his existence,

“Batman” was created not just by Bob Kane, but also a partner, Bill Finger, who was never credited for anything Batman related until recently. He is responsible for the original ideas of the Batman’s persona, costume, Gotham, characters, etc.

The University of Victoria in Canada offers a course in the science of Batman.

Batman was created as a combination of Zorro, Dracula, and the Shadow. In a limited series crossover published by both DC and Marvel comics, Batman and Wolverine were merged into one character called Dark Claw.

There is another version of Batman where Bruce Wayne dies and his father becomes Batman and his mother becomes the Joker.  The Flashpoint storyline shook things up in a major way for many superheroes, but Batman was one of those most changed. It was revealed that it was the young Bruce who had actually been shot that night in Crime Alley, with his parents surviving him. This led to Thomas becoming a much darker version of the Caped Crusader, and an unhinged Martha mutilating herself and transforming into The Joker.

The first time Batman that was ever depicted in a movie that had any kind of release was “Batman, Dracula” in 1964, directed and produced by none other than Andy Warhol. Few people have seen it, and all prints are thought to be long gone, but what we do know is that the detective was played by longtime Warhol collaborator, Gregory Battcock, and it was completely unauthorized by DC Comics. Some surviving footage appeared in a later Warhol film “Jack Smith and the destruction of Atlantis”

The location of Gotham city has always been a bit hazy, sometimes it was depicted on the East Coast, and a few times it was located in the Midwest, near Superman’s hometown of Metropolis. However, popular canon now states that Gotham is located on the East Coast, specifically in the state of New Jersey. This has never been specifically stated in the comic, but in a few cases readers have spotted “Gotham City, New Jersey” on license plates, and once on a character’s driver’s licence.

Kevin Conroy, voiced the animated batman in Seven cartoon series, six video games and five animated movies – in total spanning 12 years. It is Conroy that had the idea of noticeably altering the tone of his voice when he goes from crime fighter to millionaire playboy.

The settlement that became Melbourne, Australia was founded by a guy named John Batman. Places named after him include Batman’s Hill, Batman Bridge, and Batman Park. Also, Melbourne was originally called Batmania and its founding document is called “Batman’s Treaty”

One member of the small team working on Batman: Arkham Asylum spent a solid two years working on animations for the cape alone. In total, there were 700 of them (that includes sound effects too), and all of this was done to help make the game as realistic and rewarding as possible for those who played it.

The backgrounds of Batman: The Animated Series were drawn on black paper instead of white to show a darker tone. Batman creator Bob Kane said in a Cinescape interview that of all the actors to have played Batman up to that point (before the series was rebooted in 2005), he felt Val Kilmer had given the best interpretation.

This one is not a lesser known fact, but Jason Todd ( Robin ), at the end of Batman #427, was left to die by the Joker. The back cover listed telephonic poll instructions and 10,614 fans voted. The fate of Jason was sealed by a slim margin of 72 votes and he died in “A death in the family”.

In the earliest iterations of Batman’s origin, Bruce Wayne’s uncle Philip Wayne was his guardian and helped Alfred raise him. This figure was dropped from later iterations. However, in the new revision of the Batman origin (Zero Year), a Philip Kane is introduced (who is Martha Wayne’s brother).

Before his transformation, the Joker used to be known as the criminal Red Hood or Red Hood One. He is one of the first major threats Batman faced in the beginning of his crime fighting days.
Batman is also indirectly responsible for pushing him into the chemicals that made him the Joker (referenced in the first Tim Burton movie and other media).

In the series Justice League: The Darkseid War, Batman becomes a “God”! Due to clash between Darkseid and Anti Monitor, things change in multiverse and Darkseid ultimately dies. Batman is then forced to accept the Möbius Chair, and thus becoming the “God of Knowledge”, which allows him to access all the knowledge in the universe!’

Batman has a son. Not exactly a biological son but one who gets Bruce Wayne’s DNA implanted into him by commissioner Gordon’s representative. As Batman ages, this was done to take up his role and continue the legacy of the Dark Knight! Though he has all the physical attributes that of Bruce Wayne, he definitely lacks his intellectual brilliance.

Robin has become as big a part of Batman canon as the Dark Knight himself, so it should surprise you to learn that he was initially scheduled to make only a single appearance. It was creator Bob Kane’s idea to give him a kid sidekick, but the comic book’s editor at the time was completely against the idea as he believed that “Batman was doing well enough by himself”.

The strange thing about Batman is that many of his most famous elements didn’t originate in the pages of a comic book. Harley Quinn – who will soon be seen on the big screen in Suicide Squad – originated in an animated series, as did Renee Montoya, a major character in Gotham. The Phantom and Terry McGinnis/Batman Beyond are other popular examples.

In Batman Begins, Christian Bale suffered from crippling headaches and severe claustrophobia due to the original Batsuit. Later, a more flexible Batsuit was constructed from 200 pieces of fiber glass, rubber, and nylon, so Bale could have more mobility.

Christopher Nolan offered Heath Ledger the part of Batman in Batman Begins. Heath told him “I would never take part in a super hero film.”

It would cost over $300 million to be a real-life Batman. There was a unit of mass named batman, equal to roughly 16lbs. It was later divided into two units, the ‘great batman’ and the ‘lesser batman’.

The Lamborghini driven by Bruce Wayne in Christopher Nolan’s Batman trilogy is a Murciélago. Murciélago is Spanish for “bat.”

When Batman and Superman were rebooted in 2005 and 2006, Superman Returns made more money globally than Batman Begins.