[VoxSpace Selects] Justice League : A Spectacular Mess Which Shines Not So Bright In Pushing DCEU Forward 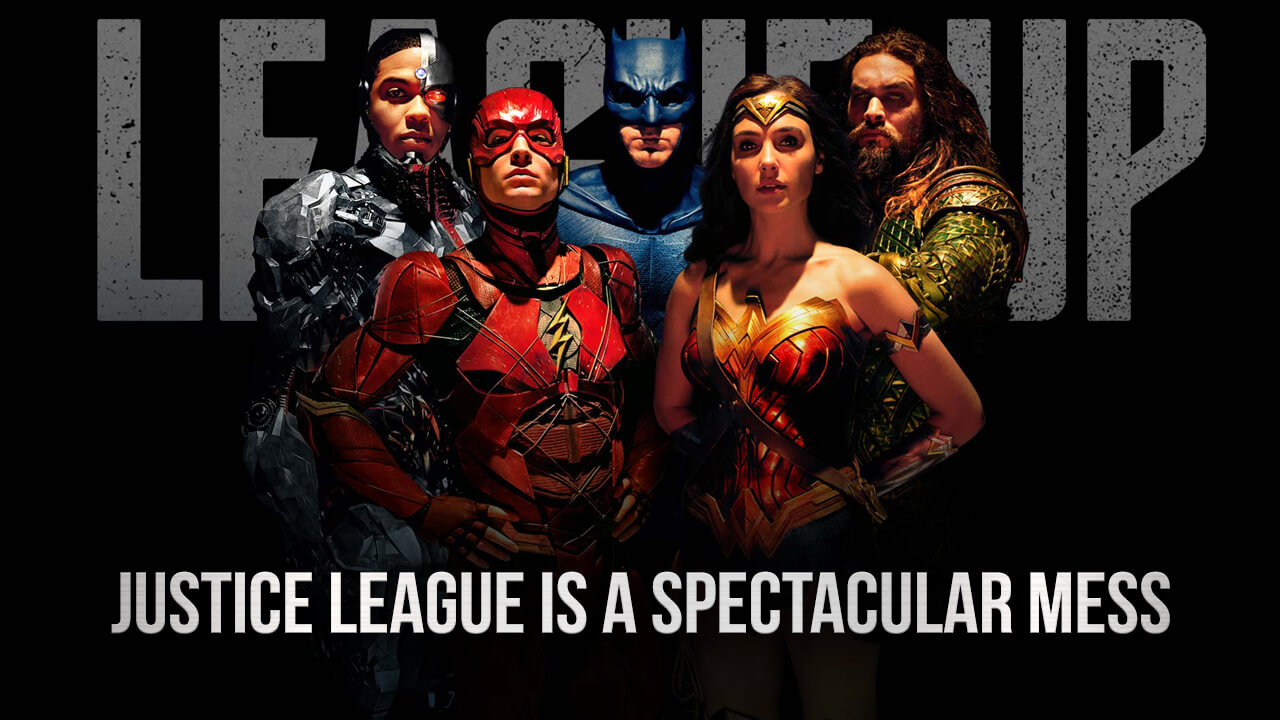 When Marvels Avengers came out and met with a roaring billion dollar success in 2012, it drove a dozen or more studios to try their luck in replicating their success. You see, one thing was clearly established. Comic book fanatics had grown a taste of having a buffet of heroes, infusing their own idiosyncrasies to the overall ‘team up arches’, and fighting alongside, for the ultimate ‘world-saving’ ‘good vs bad evil’ saga. Teamups, power action choreography, back stories, spat backs, movie lead-ups, and more importantly end credit sequences became the norm of the day. Avengers had changed the game for every superhero ever made since then. They were no longer single war machines, capable of saving the day all by themselves. They were abiding by the very tagline of Justice League -- You Cannot Save The World Alone.

That’s where the premise of Justice League, the Warner Bros-DC Comics, mega-spectacle for the year starts with. A throwback at this year stupendous hit, Wonder Woman, and last years, mixedly received Batman V Superman: Dawn of Justice and Suicide Squad got all comic lovers, wait with a bated breath, for the league to be formed. Especially when the earliest hints of Darkseid and Steppenwolf came along, with the occasional garnishing of Paradaemons, came in BvS. We do get all that in Justice League, but for the most part, we aren’t truly blown away by them.

It’s not a spoiler at this point to anyone following the movie news, that Superman (Henry Cavill) features in the Justice League, quite so prominently, in the movie. And well there is some CGI effects involved in making him more torn than ever, but on an ironical note, that’s where you know he is the most sorted of them all. Why do I say that? Okay, now that is an explanation that will take the majority of this review. Justice League starts two years after the events of Batman Vs Superman: Dawn of Justice. The world has taken a turn to the downside, and people finally understand the value of Superman, in all his human goodness and inspirations.

Bruce Wayne/Batman (Ben Affleck) for the most part of the early half-hour, broods over the fact that perhaps he was instrumental in the ‘death’ of the son of Krypton. Giving him company is the epitome of morality and justice, Diana Prince/Wonder Woman (Gal Gadot) as they set out on a journey to assemble a team to face the inevitable fight from the virtually indestructible Steppenwolf, who according to the DC Lore is an agent of the universe consuming mega entity Darkseid (the equivalent of Thanos in Avengers).

That’s where our heroes (who made a thrilling flashy entry in BvS) the hyper-neurotic and motor-mouthed Barry Allen/Flash (Ezra Miller), the devil may care punk Arthur Curry/Aquaman (Jason Momoa) and the thoughtful half robot Victor Stone/Cyborg (Ray Fisher), come into play. Credit where its due, the movie does a worthy job in carefully and almost leisurely fleshing these three characters out, and establishing why they play the essential cogs in the movie (and DCEU) machinery. Each of them is given their own moments to really come through and shine despite the movie major plot flaws, and the ever undermining circumstances in which they take place. And to round it up, Superman does appear, and we do actually root for him while he does. It would seem that Superman within the broad brush strokes of Zack Snyder’s self-critical and reflective canvas, hadn’t really got to do what he has been endearingly known for, from ages past. To be a beacon of hope. And it will come as a welcome surprise to see that reflect in Henry Cavill’s Superman in this movie.

The Team Is All Set But What Do They Do Now?

The team is all set. The camaraderie confirmed. Witty lines delivered by the dozen between the trium of Aquaman-Flash-Batman. A sense of purpose established via the morally upright Wonder Woman and Cyborg. Now then what do they do about the literal impending doom? This is the point where the movie starts falling apart, like a house of cards. Most of the dropping apart can be attributable to Zack Snyder’s unexpected hiatus from the project, and Jess Whedon taking over the reigns. There are apparent continuity flaws, character drawbacks, and some embarrassing mishmash of situations, which even after the films ending, remain out as sore thumbs in an otherwise manageable visual spectacle. In Steppenwolf, we have a villain who has a rote purpose of destroying worlds for a living. Come to think of it, and to be fair to DC at this point, even its rival Marvel has had tough times figuring out a villain who could truly deliver the terrors. But that again begs the question, as to where did it go wrong for DC? The brand is known to push the envelope when it comes to defining its villains, and yet we see that trend been shredded apart in the recent past.

The Casting works, but truly there’s nothing much to do here. It’s a lacklustre affair, which brings a flawed purpose and twisted story loops, and asks us to celebrate the age of heroes. Yes, there are those awe-inspiring moments when Batmobile drills through a building, when Wonderwoman saves people from the clutches of dreadful terrorists when Flash crosses the speed of time and light, when Aquaman sets aside his morality in his fight at Atlanta, and when Cyborg holds up a mirror to the human side of his being. But then, these moments are far and few between, and never really incite enough wonder and exhilaration for an average viewer to truly care for the movie. The movie is a spectacle, in its vision of Zack Snyder’s atmospheric poignancy, but falters flat everywhere else. A spectacular mess, which needs to justify its existence, before it goes into the next phase of DCEU.