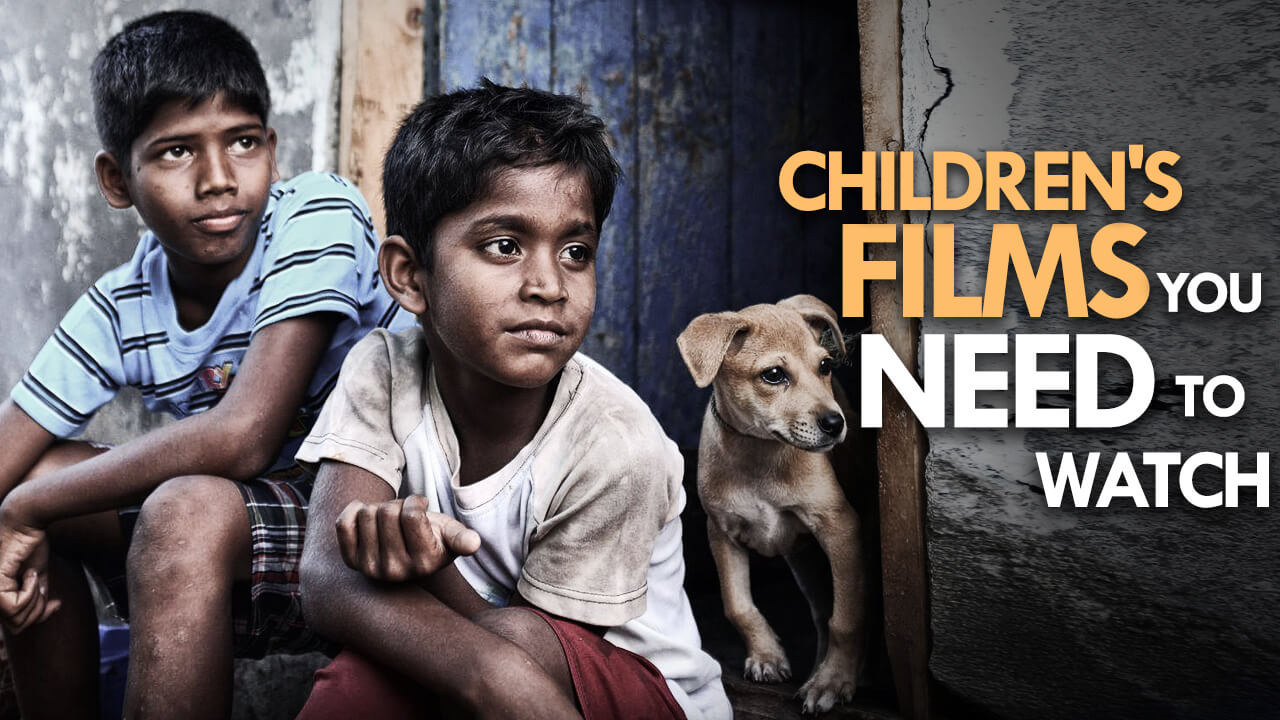 In India, specific entertainment targetted at kids has been an unexplored territory. Apart from cartoons, there isn’t much to offer in the category of kid’s entertainment. Although Bollywood once in a while churns out a Chhota Chetan, Taare Zameen Par or Secret Superstar, there simply aren’t many options to chose from. The popularity of kid’s movies is never on par with that of mainstream content, save for a rare few.
However, take a closer look and you will discover the treasure trove of children Oriented movies from the Indian film industry. Some known, some unknown these movies tell the tales of bonding, dreams, aspiration, innocence and above all growing up. In the spirit of Children’s Day, here are a few movies that, apart from being children-centric, leaves a strong impact.

This one was probably famous for that one Ranbir Kapoor dance number. But people who actually saw this movie would be able to tell you the underrated masterpiece it is. Directed by Nitesh Tiwari and Vikas Bahl of Dangal and Queen fame (respectively) the film is about a bunch of fiesty and innocent kids standing up against a powerful politician who announces to get rid of all stray dogs, to save their friend and society’s stray dog Bhidu. Brilliant performances and a cracking sense of humour packaged within a beautiful message of friendship and kindness make this movie is a must watch.

The Tamil language film made by the maestro Mani Ratnam himself, Kaaka Muttai is a compelling tale. It chronicles the journey of two young brothers from a Chennai Slum and their burning desire to taste pizza. The performances are stellar, to say the least, but what really stands out in the movie are concepts of family bonding and appreciation. It provides a deep insight into curious and acute chronicles of children in urban slums.

If you were a kid in 2000s you have probably hummed ‘Ungli Dabake’ at least once. Although of supernatural genre, Makdee is one heck of an entertaining film. Directed by Vishal Bharadwaj, the movie is a story about two twin sisters trapped by the village witch. Apart from featuring some splendid performances by Shweta Basu Prasad, Shabana Azmi and Makramd Deshpande, the movie also amazingly captures the popular notions of witches and witchcraft in India.

Directed by Nagesh Kukunoor, Dhanak deserves to be watched for its innocence and simplicity. The desert terrain of Rajasthan, the moving story, the bond between a brother and sister all makes it a cinematic experience you simply cannot afford to miss. Although the film has no notable stars, it gives a unique peek into the star-worship prevalent in India, especially in rural areas.

Dozakh In Search Of Heaven

Dozakh directed by Zaigham Imam is probably one of the most sincere attempts to address the prevalent religious tension in the country. In the gullies of Banaras where the folk tales of Hindus are weaved, the son of local Maulvi sets on a quest to find his newly deceased mother. What follows is poignant tale the innocence and honesty of which is baffling. This movie is one hidden gem that every kid, in fact, every Indian should watch.

Going beyond the usual genres of children film’s, this film addresses the heinous practice of female foeticide that is sadly still practised in pockets of our country. However, instead of taking the preachy route the film shows the ordeal enfolding from the perspective of two kids who go to visit their ancestral village and uncovers the truth. Directed by Nila Madhab Panda, the child actors in the film, Krishang Trivedi and Harsh Mayar received the National Award for Best Child Actors in 2010.

This Bengali film directed by Indraneil Roychowdhury was a sleeper hit in the regional circles. But the story is too beautiful to limit to geographical boundaries. The story of a small boy growing up in a sleepy of North Bengal with voices and in his head and the role of his teacher Doel in getting in touch with his creative side is heart-warming. However, unlike most children movies, Phoring is hard-hitting but also extremely real.

Another gem to come out of the Malayalam film industry is Ottaal. Directed by Jayaraj, the film is based on Anton Chekov’s Vanka. However, it sets the story in a small village in South India and expertly paints a beautiful and poignant picture of young boy’s relationship with his only living kin, his grandfather. Watch it to believe the honesty with which it has been made.

Directed by Rajan Khosa, Gattu will surely bring back the memories of kite-flying for most adults. The story is an incredible tale of passion and determination peppered with the trials and tribulations of adolescence and fitting in. The performance of the titular character is also amazingly convincing and it does not take any effort to root for him to bring down the invincible kite.

The film narrates the story of Devraj, a young boy living in the foothills of Himalaya whose ailing sister can be cured by a herb. However, Devraj learns that the particular herb is only available on the other side of the mountain. Director Vivek Anand, weaves a powerful tale of brotherly love, strength, courage and determination in the movie. Stellar performance by the star cast including Naseeruddin Shah also adds to the charm of the movie.