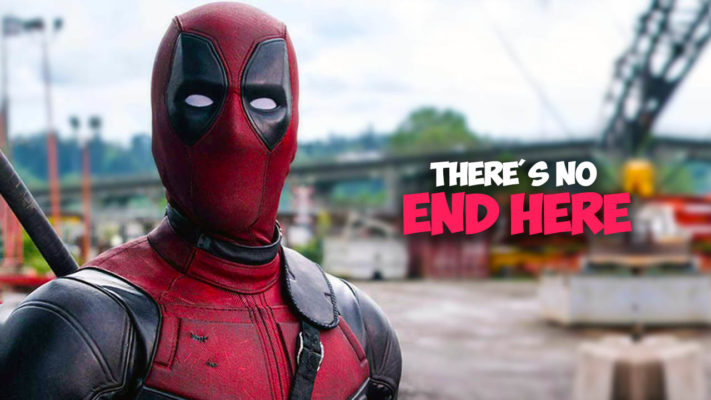 For people who have grown up with comics, the current age of Marvel and DC movies are a glorious time to be alive. Their superheroes are capturing the imaginations of people the world over, and characters that they only saw on paper and in cartoons are hitting the screen in a big way.

And I’m very happy for them. I grew up with books and video games, but I was never introduced much to the comic side of geekdom.

But there is a problem that I see. This problem is something that my fellow geeks either refuse or fear to acknowledge. And that’s that Superhero movies have to stop while they’re still ahead.

The Golden Age Is Now

Never before in the history of cinema have there been so many superhero movies in such a short span of time. In the 1990s, over the course of ten years, there were around 28 movies that were based on comics and superheroes. Does that number seem a little high to you? Well, you’d better hold onto your seat, because that number isn’t even close to what the current decade has in stock.

From 2010 to 2018, as of the moment of writing this article, there are 48 movies that I can count, with my limited comic knowledge. 48, and there are still two more years to go. That is a lot of movies and something that I have been vocally against.

Not because I hate superhero movies. Quite the contrary. I grew up on a lot of the cartoons that my fellow geeks did, just not to the same gravity. But it’s that I’ve gotten tired of having to keep up with every single movie that has been released.

And for what, getting to talk about how Iron Man and Thanos had the most epic fistfight in the galaxy?

But Movie Makers Are Forgetting Something

Take any recent superhero movie that you can think of.

Infinity War, Black Panther, Justice League, Batman vs. Superman, Marvel or DC, you’ll find that there is a recurring theme here. If the heroes don’t stop to intervene, there’s going to be planetary or universe-level destruction.

But for what? At some point in time, you have got to ask yourself that.

Sure, they’re fighting to save the planet, the galaxy, the universe, from the next bad guy who wants to destroy it all for some reason or the other, but what about the smaller stories?

But one superhero movie did venture into that, Logan.

Director James Mangold decided that it was better to take a step away from all of the other elements that have made superhero movies so successful, and focus on something entirely different. Delivering a very personal and small story, but having an even more significant impact.

Logan was good not because there was a planetary level event happening. It was good because it focused on an ageing Wolverine, stricken with sickness, a mentally unsound Professor X, also in his death roes, and a young girl, all trying to keep themselves safe from a threat.

In this movie, the fate of the world doesn’t depend on their survival. No one would miss their deaths, and the world would continue to move on as if nothing had happened.

The same cannot be said for other movies.

What I’m trying to get at is, Logan was successful because it learned where it had to stop.

And They Would Do Well To Remember That

Before I proceed any further, I should make it clear that I am not a hater. I love watching my friends’ faces light up as they hear about a new superhero movie, about a character that they adored for so long.

But to do that, the creators of these fantastic movies need to remember that there is a point where you have to draw the line and say “Okay, I think we need to stop. We need to finish this series with the respect it deserves.”

Because these superheroes do deserve our respect. They’ve gotten so many children out of tough life situations, many a time. They’ve inspired and kindled imaginations. They’ve made people into who they are, and what they’re doing right now. These characters have shaped lives, and I am not overstating that. That is how powerful great stories are.

It would be a damn shame to see these movies die out with a fizzle.

Movie makers need to realize that great messages can be found in smaller stories as well. But the people investing in these movies also need to remember that there is such a thing as milking a cow for too long. Ending these movies with the respect and personal touch that they deserve is something that would do both the fans and the creators justice. Because no one wants a bad movie. We all want every one of these movies to succeed.

The box office doesn’t show this. Ticket sales have broken records with each passing movie, and that trend doesn’t seem to be slowing down any time soon.

But unlike what comic-savvy people believe, there is a fatigue that is growing. Casual audiences also come and watch these movies, and most of them aren’t invested enough to watch 20 odd movies before moving to the final mega-crossover film. With this seemingly unstoppable juggernaut, this will go unnoticed, until something changes.

If casual viewers don’t want to watch 20 movies before watching the one that they’re interested in, what makes you think they’ll stick around for 40 films before the final crossover? My point is, superhero movie fatigue is a real thing. It is happening, and it will grow, in due time, if not now.

Why not prepare to exit with poise and grandeur?

Because these are moments which show that beneath the flashy suits and superhuman abilities, these characters are human, just like us. And just like us, they have their own dreams and goals that they want to achieve.

To end a movie franchise this way would be the most respectful thing they could do to their fans and these beautiful characters.