A Slap In The Face Of Justice : Sreejith’s Unwavering Fight For 765 Days To Seek Answers For His Brother’s Death 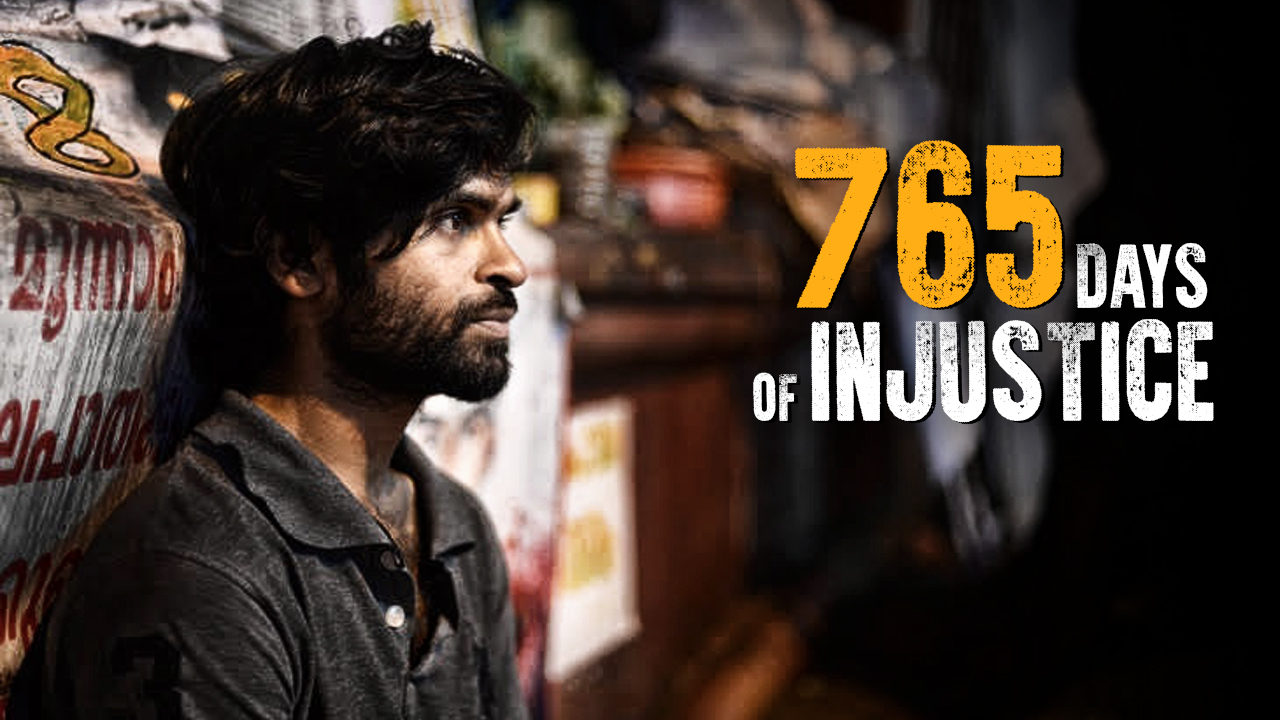 When A Nation Fails You, What Do You Do?

This incident is a lesson. A glaring example that even after years of achieving our freedom from colonial masters, a common Indian is still a mere pawn in a chess game played in the name of democracy. If one was sceptical about the judiciary and the justice system in their country, the story of Sreejith will be the final nail in the coffin.

Sreejith has been sitting all this while demanding a CBI probe against those, he claims to have killed his brother – the very police that we look up to protect ourselves from miscreants and give us justice.

A Single Case Which Uprooted More Than Just A Life…

Way back in 2014, Sreejith’s brother Sreejeev was apprehended by the Parassala police. According to them, Sreejeev had committed a theft. After a few days in the custody, Sreejeev just passed away in the hospital. So how does a man die all of a sudden?

Well, according to the police, Sreejeev consumed poison on his own accord, which led to his death. It is surprising that it didn’t ring a bell at that point in time that what would propel a man to take his own life all of a sudden.

Sreejith decided to pursue the case after it was labelled as a suicide by the police. In 2016, the truth finally came out. The Police Complaints Authority agreed that the police’s version of a poison-related-suicide was not actually the case.

Sreejeev had, in reality, died of a brutal torture while he was in custody. The probe pegged Circle Inspector Gopakumar and ASI Philipose as the culprits, who carried out the torture supported by two civil officers. At the end, they even made Sreejeev drink poison to stage the entire episode as a case of suicide.

It was finally time for the government to wake up from its slumber and take action. It instructed the Director General of Police to pass the probe to a Special Investigations Team. Sreejith and his mother were handed Rs. 10 lakh, a pittance as compensation. However, Sreejith was not willing to let this go off so easily. He rallied on singlehandedly, demanding punishment for the officers responsible for his brother’s death. After months of protest, he received a communiqué from the Home Department that the case was being passed to the CBI. However, the CBI refused to take up the case citing that the case didn’t have a ‘rare and exceptional nature warranting an investigation by the CBI‘.

Unfortunately, in our country, the death of a man tortured by the police in custody and labelled as a suicide after being force-fed poison was not “rare and exceptional” enough! If someone is reading this with disbelief, it’s time to gasp, and wonder at the state of affairs in our country.

The Vicious Circle Of Police And Politics…

If the police are involved, it shouldn’t take much time for politicians to follow through. After all this time, Sreejith’s cause has now finally garnered momentum, thanks to a social media movement. It has now caused ripples across the state of Kerala and beyond.

Many have come to show their solidarity to the man to whom justice was denied over and over again by the pillars of the judiciary system and the bureaucracy. Just when it was established that finally there was some limelight to be shared, thanks to the agitation that was lying dormant all this while, opposition leaders started to make their headway to the same pavement, where Sreejith was sitting all alone fighting the battle for the last two years, to pledge their support. While Sreejith’s supporters have repeatedly told the politicians to refrain from using this incident as their political gains, one can safely assume that it will certainly not be the case.

At the very end, the questions that linger through this entire episode are – will Sreejith get justice for his brother? Will there be a CBI probe, now that there is an uproar in the social media platforms? Will social media platform buzz slowly fade away after some time and people would move on to other things?

There are so many questions that are here without answers. This entire situation reeks of helplessness and the audacity of human hope to believe that there is still some dignity left in the alleys of the judiciary and the bureaucracy to give a common man the answers that he wants.

This is a lesson; as I said at the beginning of this article and I maintain that until the very end. The lesson as to how a common man’s voice is choked even when we are standing on the so-called brink of greatness, as shown in shiny posters and glitzy commercials. There is only one truth and the truth is that Sreejith has spent almost two years sitting on a pavement day in and day out waiting for justice and that he has still not received it.

(All photographs by Sreekesh Raveendran Nair)