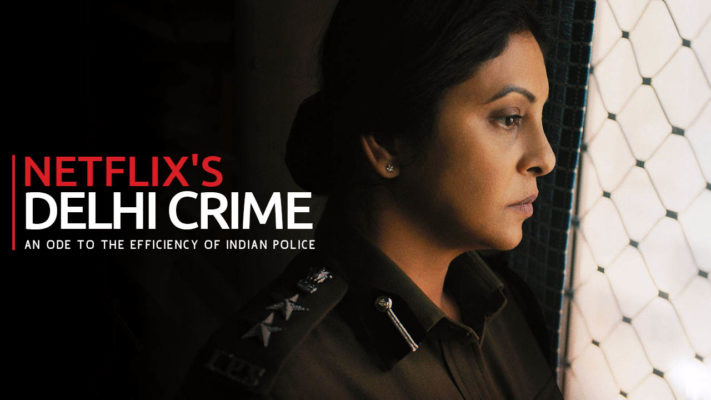 Delhi Crime: An Ode To The Spectacular Efficiency Of Police System

Ever since the announcement of this show, I have been very sceptical about it. The show, Delhi Crime dramatizes the 2012 Delhi Gang Rape and the subsequent chaos that occurred in Delhi during the time from the point of view of the police department. The problem with dealing with such a subject is that it needs a great amount of sensitivity to make it seem non-exploitative. Fortunately, I am pretty happy to say that the team behind the show manages to pull that off tactfully.

First off, the makers had to find a conduit through which to tell the story. Richie Mehta (of Amal, Siddharth and India In A Day) finds that person in Vartika Chaturvedi (Shefali Shah), DCP of South Delhi. He uses this character and her struggle to encapsulate the feeling of justified rage that the whole country felt at the moment. Through her struggles and the fight for doing the right thing, the show gives the viewers a feeling of closure.

While we mainly look at the world through her eyes, the film-maker also fills the show with a wide variety of diverse characters who have very unique and interesting takes on the state of our country. From the workaholic but cynical Bhupender Singh (Rajesh Tailang) to the extremely optimistic new police officer Neeti Singh (Rasika Dugal) to rebellious but hopeful Chandni (Yashaswini Dayama), the show is filled with very well observed rounded characters that allow the viewer to have a better understanding of the incident from a ground level.

A Fresh And Less HyperNationalistic View Of Justice System

Delhi Crime also chooses to show how quickly and efficiently the Delhi police reacted and nabbed the perpetrators. This is also one of the reasons that I had my doubts about the intentions of the show. For a bleeding-heart liberal like me, I’m always sceptical of any kind of establishment and I thought that the show was trying to valorise the Delhi Police Department for PR purposes. But, the more I looked into the issue the more I realised that they were that good at their job.

It brought me from the side that distrusts the police to feeling that they need to be given a little more leeway to do their job properly. I also felt the stress under which they work every day and lack of resources they have to do the job that we expect out of them. Don’t get me wrong, it’s not like every police out there is a saint. I just mean that if we expect them to protect and serve us, we should at least afford them the resources that they need to do that. One of the things that really opened eyes was the way the politicians used such a heinous and ghastly crime to push their agenda forward for a cheap political win.

The Technical Brilliance In Showcasing A Country In Chaos…

Finally, but most importantly, one aspect of the show that makes the show brilliant is the acting. While every technical aspect from script to sound design to cinematography is first rate. The one aspect that makes the show stand out is the acting. Especially from the three main leads Shefali Shah, Rajesh Tailang and Rasika Duggal. Shefali Shah as the ferocious but level headed DCP plays the role with such ease and can take her from a motherly caring boss to your worst nightmare within the same scene. She has these moments angry outburst contrasted with lonely moments of crying which are both played her with absolute conviction. Rajesh Tailang and Rasika Duggal and most of the rest of the cast including the criminals were absolutely believable and succeeded in breathing life into the amazing script written by Richie Mehta.

If you are in the mood for a really gritty investigative drama in the vain of Zodiac or The French connection, this is the show for you. Or if you just want to have a peek behind the curtain into the six days of hard work that it took to capture these monstrous human beings, check out Richie Mehta’s Delhi Crime.