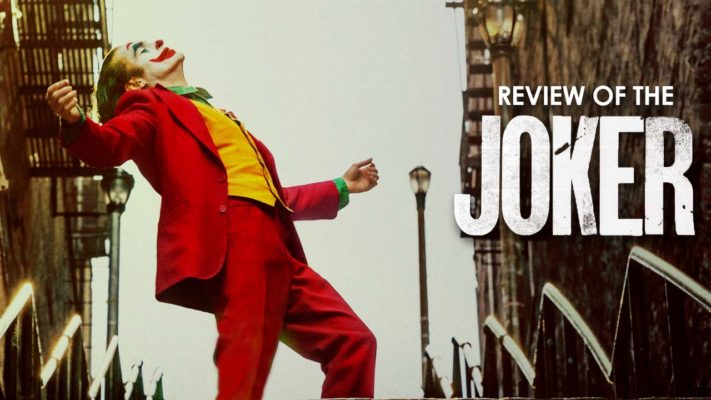 Joker -- A Man Tortured By The Society

“I just don’t want to feel so bad anymore,” says Arthur Fleck, almost as a hissing whisper to his therapist in one of the many riveting scenes in this week’s new DCEU Spinoff movie, Joker. This line to me perfectly and brilliantly captures the essence of this Todd Philips’s take on one of the most iconic comic book villains of all time. Joker, the movie and the character, lifted, rallied and painstakingly portrayed by Joaquin Phoenix, is an analytically meditative study of a character, often ignored as an undermined exercise in the DC Movies featuring his prime nemesis, The Batman. In the movies prior to Joker, the Anarchist’s portrayal has always been a vehicle to serve an overall purpose of a hard hitting yet reflective anti-thesis to Batman’s optimistic view of the world around him. Together, Joker and Batman are usually poised to be two sides of the same coin; a maniacal yin to the righteous yang.

However, never before has a story dared to tread the path of a Villain, in that exploring the drilling effects of a society in metamorphosing an abused & tortured loner into a radically flamboyant symbol of disruption. Joker does that with immense poignancy and surgical precision. The story delves deep into the psyche of a deranged clown in the constantly decaying Gotham City, almost empathizing with him for the most parts of the movie, while again being careful enough to staple him to the wrong end of things.

The Story Of Rising From The Abyss…

The story of Joker begins with Arthur Fleck, a professional Clown for Hire, in an unstable city swamped with civil riots and administrative bottlenecks. As Arthur Fleck paints himself meticulously, while looking at the mirror, pulling his lips and cheek from ear to ear and forcing himself to make sense of his job, we also get primed with the information that the city he inhabits is failing its citizens. Gotham City set in 1981, is overrun with garbage dumps courtesy the municipal strikes, and its rodent infestation is at an all time high. Gotham is in chaos, and here is a meek looking skinny man, who is looking to spread some joy & laughter around him, because his mother told him that his purpose was such. As can be inferred from the trailer, Arthur Fleck faces absolute ridicule on his job when a bunch of kids jump him and smash his head with his own signboard. This is followed by Arthur’s self-centric social services funded therapist, who finds it in her own interest to just get done with him. Within this therapy session, we get to learn that Arthur Fleck, who is looked down upon by anyone and everyone as a freak, is actually pursuing a career in Standup Comedy. As a chain of sequences occur, we see Arthur Fleck, struggling to keep his life intact, fighting to make ends meet, and of course torturing himself to be taken seriously when his uncontrollable fits of laughter take over his coping mechanism in tense situations.

As Arthur Fleck slowly begins his descent into the world of chaos, we see that on the affluent side of the city, Thomas Wayne, deeply ingrained with savior complex, is running for Mayor. Thomas Wayne in his uninformed arrogance reflects a clear-cut class differentiation, when he addresses the ‘have nots’ to be victims of choices. As the city brims with fury over this apparent class divide, in his own world Arthur Fleck, an indirect victim of the system, finally finds a concurrence with his conscience. It is here as well, that we meet, Murray Franklin, a late-night talk show host, who relishes in a joke or two, which seem to mock the less talented. This act also has an impending effect of Arthur’s psyche as he starts to suffocate in the cobwebs of self-pity and dissociations. Thus, Joker is born out of an abyss of failures, and becomes a symbol of Anarchist measures turning the whole city upside down in the process.

What Does Joker Stand For?

As a commentary on social upheavals and affluent accountability, Joker brings about broad strokes and loosely worded answers, without ever taking a deep dive into the contrasting philosophies which promise a utopia but deliver a dystopia. In breaking down Arthur Fleck, Director Todd Philips and Screenwriter Scott Silver, borrow heavily from Martin Scorsese’s masterpieces like ‘The King of Comedy’ and ‘Taxi Driver’. One more heavy-handed inspiration that a keen comic reader could place is that of ‘The Killing Joke’ and ‘Arkham Asylum: A Serious House on Serious Earth’ -- where the origin premise of Arthur Fleck is borrowed from.

However, the self-imposed departure from the source comic books serves well for the makers, as it allows Arthur Fleck to be modernly relevant and yet nostalgically familiar. The origin of Joker’s madness although sometimes seeming convenient and illogical, wastes no time in pulling the viewer into its world and guide you through its scourge and scum. This sense of dismay is brilliantly captured by a cello masterpiece by composer Hildur Guðnadóttir, which mourns the tragedy but never surrenders to it. The cinematography by Lawrence Sher, seethes in the melancholy of a man in the middle of monstrosity, while never shifting focus away from the fracture of structures.

All said and done, Joker offers the perfect opportunity for Joaquin Phoenix to explore uninhibitedly a complex character, of both the victim and the perpetrator; the puppet and the puppeteer in the same movie. In the running length of shade above two hours, Joker gives Joaquin Phoenix to explore the deepest corners of human psyche, battered by the people around him, with a sense of freedom which is both unsettling and rewarding at the same time. Joaquin Phoenix makes the Joker a living and breathing individual, diverting away from the criminal mastermind portrayal by Heath Ledger, or eerily theatrical portrayal by Jack Nicholson. Phoenix undergoes tremendous exodermal changes in his role playing that it is hard to take your eyes off him. As we first meet him, he walks with a slouched down posture, talks in words which contextually make little sense, and writes with dyslexic implications. Slowly, as you journey with Arthur Fleck, Joaquin Phoenix brings nuanced and yet characteristic changes to the way he speaks or avoids a topic.

Phoenix’s performance, and it is a fine one, is a master class in character role playing. The little things like his nervous clasping of teeth, or the excited wiggle of his jawbone, or the torturous dance of eyebrows, Phoenix seemingly employs every muscle of his face to convey a new meaning to a scene, and then some more. He tops it up with an eerie laugh which he generates on command, and sporadically places them across the scenes for maximum impact. He slithers and curls within himself, to reveal an almost skin piercing ribcage, when he sits naked. His eyes become a slit of a reptile when he is assured of himself. Joaquin Phoenix thus builds Joker from the scratch, never taking a moralistic standpoint but always making a feisty statement.

In making the Joker, DCEU has taken a bold step towards the future of character explorations. This film is a bold and tranquil foot forward in the right direction. Just like Arthur Fleck in Joker, we too find ourselves performing a slow dance, in the requiem of looking at what future holds for the comic book fandom. Do watch it for Joaquin Phoenix’s astoundingly great performance, although one can argue that the talent is trapped in the oversimplified maze of plotlines, which after a point start to feel like déjà vu.