#Pellichoopulu Is The New Age Telugu Movie We Have All Been Waiting For..!! 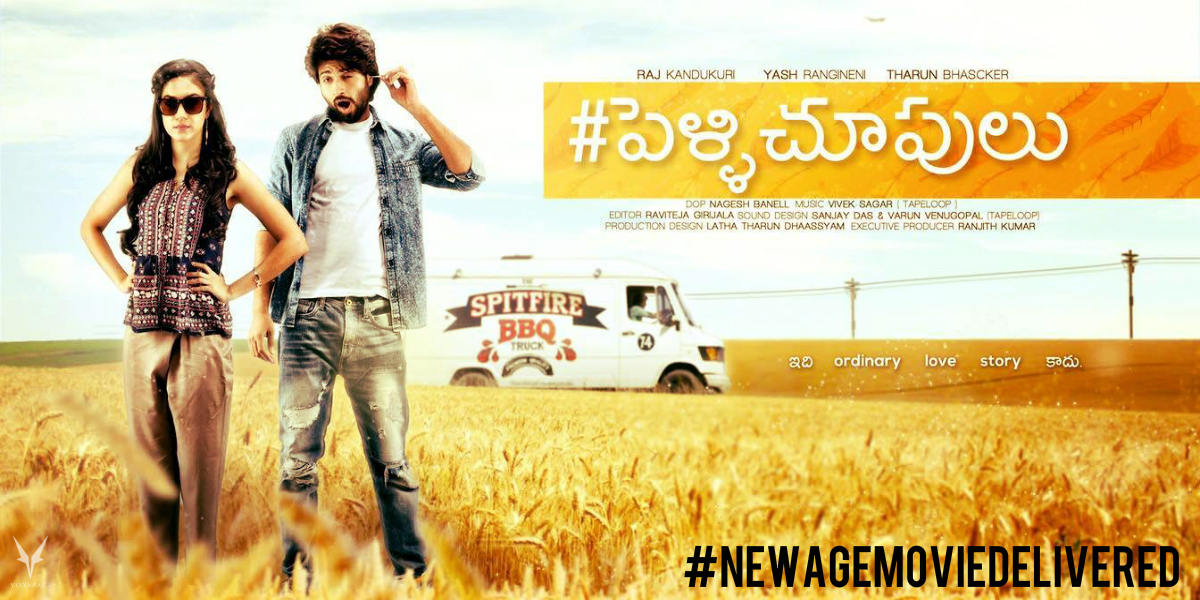 In one particularly well made sequence in the movie #Pellichoopulu, the hero, on being advised by his buddies sets out to make a prank video, because cooking videos don’t earn you big bucks, you see. What follows was so comical that the whole theatre rang with laughter and I decided then and there that I am coming back to watch it again. With no double meaning dialogues, unreal characters and meaningless song and dance routines, this film can be touted as the face of the new age Telugu cinema.

It deserves every bit of appreciation coming it’s way and more. The movie is as real as it gets. It doesn’t have a brainless, dolled-up heroine or an equally brainless, holier-than-thou hero. The leads of this move are real. You could be a Chitra or a Prasanth or even a Kaushik. They are around you somewhere. You have seen them, met them, been with them. This is their story.

They both are like chalk and cheese. Chitra (Ritu Verma) is sorted, Prasanth (Vijay) is confused. Prasanth is scared, Chitra is brave. Chitra is determined, Prasanth is unsure. Prasanth wants to be a chef, Chitra has an idea and Kaushik…..well, “naa chaavedo nenu chasta, neeku enduku raa.”

What happens when their paths cross? Will they make their dreams come true? Will they get along? Their struggles with family, dreams and relationships form the crux of the story.

In the acting department, both the leads fir their characters to the T. They have a very good screen presence and make the characters look real and alive. However, it is the actor who plays the male lead’s friend, Kaushik who stands out with his amazing comic timing and delightful dialect. All in all, its the director who deserves a pat on his back for chalking out the characters so well that it just feels like peeping into someone’s life than watching a fictional movie.

That said, this movie is not without its flaws. Multi-lingual audience, like me might find the lead characters resembling Ranveer and Anushka’s characters from Band Baaja Baraat. There are a couple of scenes which are cliched and the story is quite predictable. But these are flaws which can be easily overlooked because of the whole package which is for most parts very charming and pleasant.

As for the technical aspects of the movie, running for a crisp length of two hours, the movie has a tight screenplay although the second half could have been a tad bit tighter. There are no song sequences in the movie. The music only plays in the background and adds to the mood and situation. With a mix of Carnatic and Western, it’s soothing and beautiful. The locations are all real and classy. A special mention to the costume designer of Ritu, she looks fabulous, yet simple.

So, this was my take on last week’s release “#Pellichoopulu”. Watch it…..after a very bad phase, we deserve this.