George R.R. Martin Had A Crossover Idea Of ‘Game Of Thrones And WestWorld’ 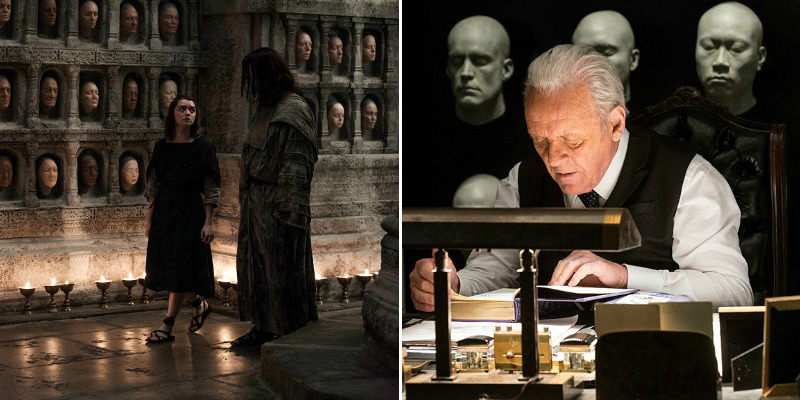 Before it even premiered, Westworld was dubbed as the “next Game of Thrones.” It’s an expensive-looking drama… on HBO… with sex and violence… and a large ensemble cast… that doesn’t take place on Earth, at least as we know it. So far, the ratings for Westworld aren’t quite Thrones-esque, but they’re promising — the series premiere has been viewed over 12 million times across all platforms. The one major difference between the shows: one has robots, the other has dragons. Other than that, exactly the same. And then there were the talks of a crossover

A Song of Ice and Fire author George R.R. Martin, for one, is ready for the crossover, which would take place in Medieval World, a separate section of the same amusement park that houses West World. (Watch the 1973 movie for more on the different parks.) Instead of cowboys, the androids would be modeled after Game of Thrones characters. According to Entertainment Weekly, Martin even mentioned this idea to “Westworld showrunners Jonathan Nolan and Lisa Joy over dinner weeks a couple months ago.”