Shaktisree Gopalan’s Single “By Your Side” Is A Soulful Affair 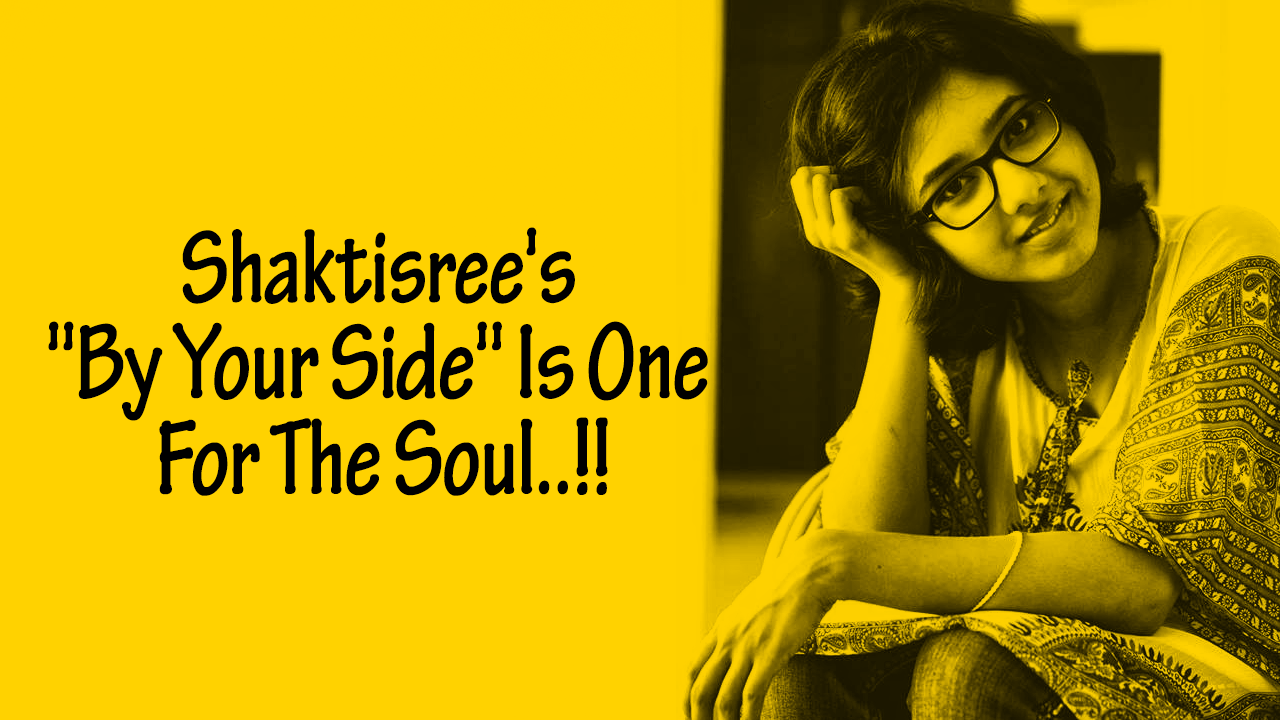 Don’t think hard? You already know that the single by Shaktisree Gopalan is warranted to be awesome. If you are an Indian music fanatic like I am, you wouldn’t have trouble placing her as the captivating voice behind “Nenjukkule” track of Mani Ratnam’s Kadal. The A.R.Rahman single performed by Shaktisree at Coke Studio before the official release made to the top charts within no time. And eventually made Shaktisree a household name. I remember people listening to “Nenjukkule” on loop, even in Cabs and Autos. Such was the smoldering freshness in her voice, that made everyone sit up and take notice. Post the success of “Nenjukkule” (for which she ended up winning the Filmfare Award), Shaktisree went on to collaborate with A.R.Rahman and Harris Jayaraj for other movies.

Now after establishing herself in the music Industry, Shaktisree, being the lead singer of freestyle band “Off The Record” has come up another soul-stirring single. The said single which is titled “By Your Side”, sees Shaktisree collaborate with Hari Dafusia, a Toronto-based keyboardist-producer, and Nigel Roopnarine, a bass player. In an interview with Hindu, Shaktisree spoke about how the video came into being. “We recorded it in Toronto last year around this time – it was winter and was just beginning to snow there,” recalled the singer. The track was the result of a jamming session. “As a stranger in a foreign land, these were just some random thoughts running in my head then.” She continuous to deliver music which stands apart with an own individuality about them. They speak and make you listen, despite all the chaos of the world. Such is the silken power of her voice that you can’t help but take notice of the most joyous things in the world. Time and again, and in every single second of life. Winter winds and solemn chills.

Shakthisree Gopalan ft. Dafusia - By Your Side (Official Music Video)