VoxPix Features Bhasmasur : A Poignant Story Of A Father, A Son And Their Donkey In Rajasthan 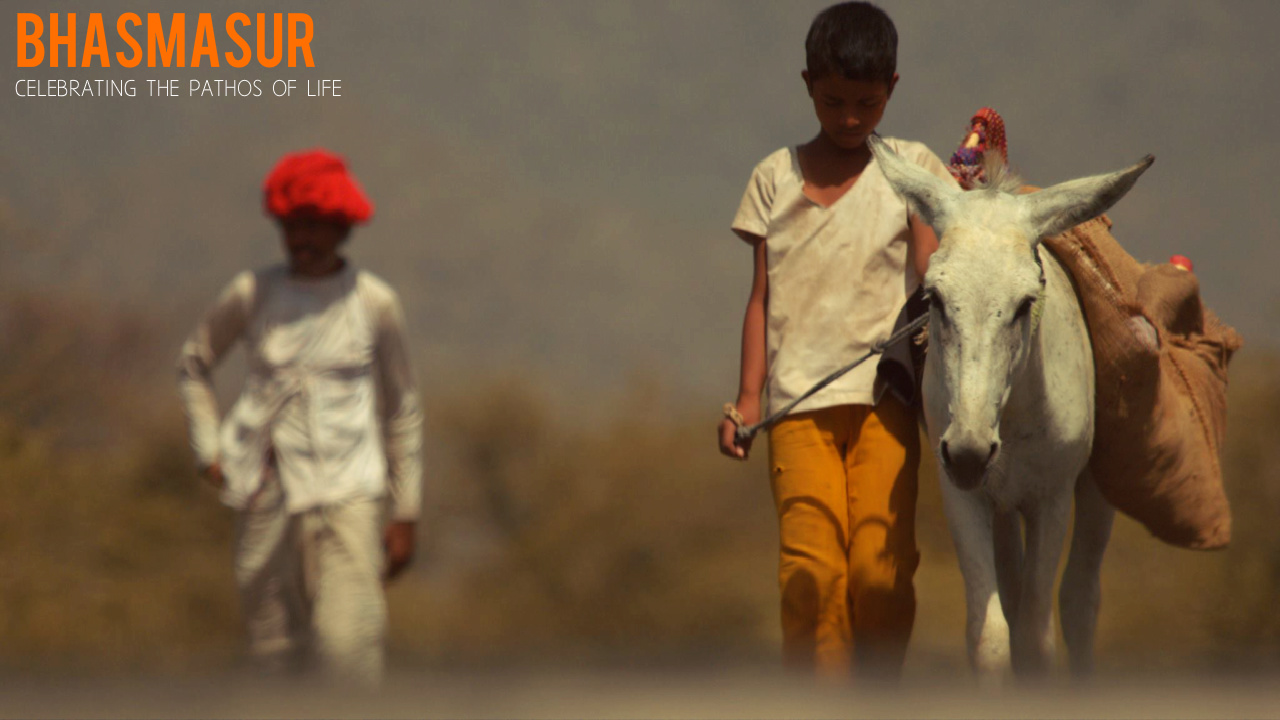 More often than not, we come across simple tales, which are honest in their heart and pure in their soul, to resonate with every one of us. They are not fantastical or deriving a science which is beyond imagination. These stories ask you to just listen to something that happens around you. One’s which we see daily and yet fail to register in our minds. Having said that, some stories celebrate the pathos of human existence, the life-altering challenges you face, and how mostly these require an ultimate sacrifice to do things right. One such story is of ‘Bhasmasur’. The tale of selling off a donkey to clear their debts becomes a deeper reflection of mankind in dire need of an identity. The movie hosted up for crowdfunding needs to come out, not just because of what it is, but what it stands for. The Story Of Bhasmasur As Seen At Campaign:

Dhaanu, bearing the burden of heavy financial debt, decides to sell off his donkey, Bhasmasur, to a buyer in the city. He wants to use the money to pay back the moneylender whom he owes a huge sum of money. Tipu, Dhaanu’s son yearns to go the annual fair in the city. Tipu also shares a very strong bond with Bhasmasur. The trio set off on their journey to the city, by foot. Along the journey, numerous events take place, bringing the father and son closer. But, will Dhaanu be able to make this bond last? What price should one pay, in order to provide their family with a decent meal?

The filmmaker, Karan Kadam, further explains the journey of Bhasmasur from it’s inception to facing the financial hurdle, and in turn opting for a Wishberry campaign. “The idea for Bhasmasur came about when I read an article in a daily. Though it didn’t immediately transform into a film at first, the news piece was unsettling enough and stayed on my mind” he says.

Where Does The Project ‘Bhasmasur’ Need Our Help?

“Bhasmasur is currently in its post-production stage. We were also shortlisted under the annual NFDC Film Bazaar Recommends List at IFFI, Goa, 2016, which features some of India’s best films every year. The film has attracted a lot of interest from various film festivals all over the world, distributors and buyers ever since. Most of the crew who have worked on this film are prospective young talents and professionals fresh out of various prominent film schools. Hence, my team and I are looking for finishing funds for post-production and film festival entries. This would enable us to take the film far and wide. And what better way than crowdfunding! We believe that the independent film industry in India needs a push from the audience itself. Without your support, the film won’t be complete and we won’t get a chance to represent India at prestigious film festivals across the world that showcase the best of independent films”, explains Karan Kadam. Indeed, the feature does deserve a chance. Head out to its campaign page right now and help the project come alive as it so deserves.