[VoxSpace Selects] Game Of Thrones : Why Dragons Are Actually A Set Back For The Evolution Of Westeros 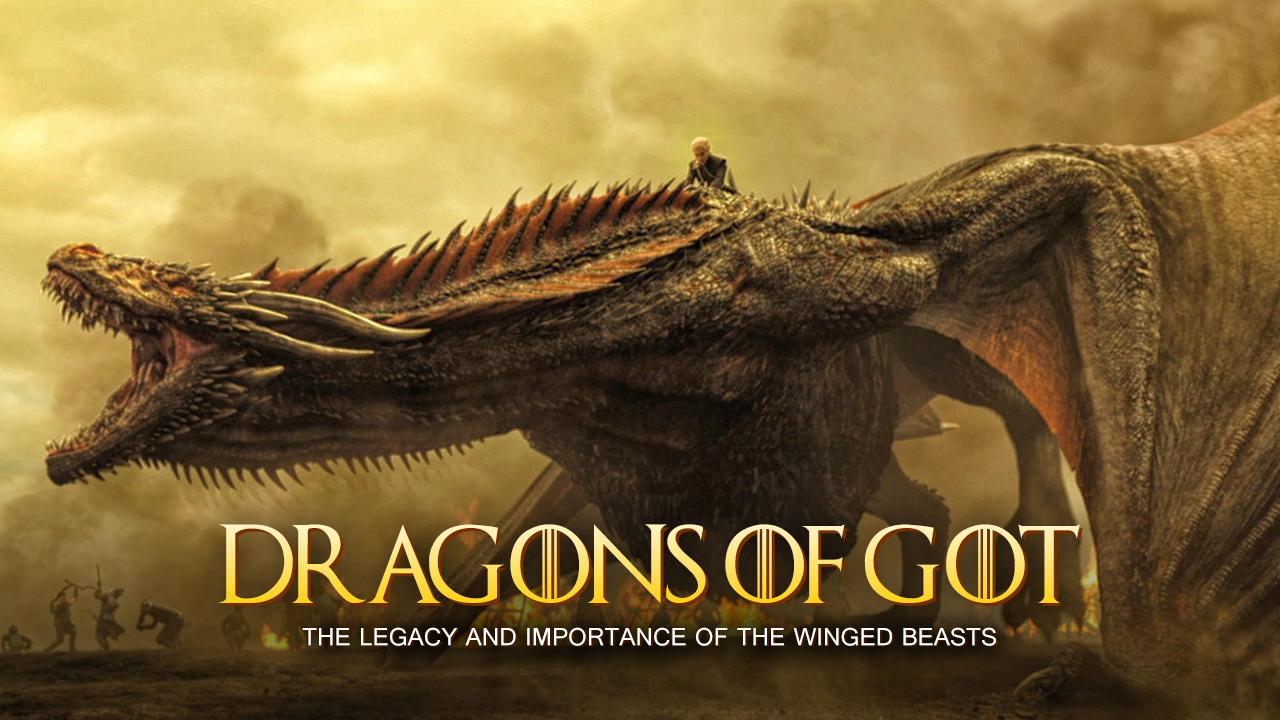 The Dragons Come To Party With A Fire Call – Dracarys..!

At last, the moment we’ve all been waiting for since a year has now arrived.  In the latest episode of Game Of Thrones “Spoils Of War” Daenerys Targaryen drove over her child dragon (which looks a Godzilla with wings now!) Drogon, and basically burned the Lannister army to ashes by uttering ‘Dracarys’. And, what a spectacle was it to behold.! It perhaps even overtook the “Battle of Bastards” in the previous season, as the best war sequence on TV, on the sheer amount of destruction and thrill. The goosebumps we feel whenever Daenerys hisses out ‘Dracarys’ tells us why we are in such an awe of this show and why we love it by heart. For the badassery and for the Dragons and the grandeur.

“Spoils Of War” also showed how much of an edge having Dragons is, in the bigger wars to come. The logical thought forward is a question – What if Daenerys sees the threat that Cersei is holding with the Special weaponry, and decides to build armours for her dragons. Then there’s no looking back, as D B Weiss the writer of the series says in the making video “Taking a dragon into the battle is like going into a Medieval times battle with an F16 there’s no way the opponent can come up with a defence strategy”.

The Origins Of Dragons And The Importance They Hold

So at this point, it is pretty obvious that George RR Martin, author of the novels “Game of Thrones“, is pretty obsessed with medieval history. He himself said that the story is loosely based on the English “War of the Roses”. Some of the show’s most shocking passages, like “The Red Wedding” for example was inspired by the “Black Dinner” from medieval history. Of course, everybody loves Knights and Castles, and the various epic fantasies we’ve seen onscreen has traded in medievalism from the very start. However, unlike the historical middle ages which eventually gave way to the modern world, GoT is period static. After all, Game of Thrones seems to be stuck in an eternal era of medieval society. Why is that? Well, of course, it’s mostly because it’s “fiction” and a story doesn’t need to have a future, but George RR Martin’s fidelity to real-world politics and history, I think, makes it worthwhile, to look for some other reasons in the work.

And you can find them in play. In one of the episodes in Season 6, for example, we get to see Samwell Tarly’s home for the first time – a castle called Horn Hill. For the most part, Horn Hill has been untouched by the Five Kings, that animate the goings on in the show. It’s a castle with a Lord and the lands, and its own feudal economy, allegiant to Tyrells only when they’re called into battle. For the rest of the time, it has its own functionality, which is a lot like how things were in the medieval times.

European modern states with centralised governments had yet to come into existence and when you wanted to fight you’d call your Bannermen, those who were allegiant to you, you fought the war and then you split up and went home and waited till the next war.  Armies were really expensive, hard to pay for on, the subsistence crops of feudal economy.

Castles were all the rage instead, you see. Inside a well-fortified castle, like we see Casterly Rock (Season 7) for example, you could hold off a siege from all but the very largest of the armies. Sieging armies were going against a whole host of things that could kill them. Hot oil being thrown from ramparts that they couldn’t climb, not to mention dozens and dozens of arrows. For this reason, the best strategy for a sieging army was to lure a lord and his men out of his castle by raping and pillaging the surrounding lands damaging it’s small economy and shaming the nobility within. Actually, Tywin Lannister does this in the first season by sending the mountain to rape and pillage the Riverlands trying to lure Ned Stark out of the fortified King’s Landing.

How Did The Landscape Change For Fiction And Actual Medieval Times?

All the above strategies changed in the middle ages with the popularization of a number of new tactics of warfare. And some new inventions namely – Gunpowder and the Canon. These inventions assured not only a new era of warfare but a new era of government and the society. You see Cannons really screwed up the old castle logic. When Mehmed The Conqueror busted down the fortifications of Europe in 1453 with monster cannons, it soon became clear that chilling behind your walls just wasn’t going to work anymore. The only option was to meet invading armies on the field of battle and just go at it.

Now let’s get back to Westeros for a second. After thousands of years, why hasn’t the same natural progression in war and society occur there? Well, in fact, the world of Game of Thrones did have its own military revolution but it didn’t come in the form of canons. Instead of Mehmed The Conqueror with the canon, it was Aegon Targaryen The Conqueror with his Dragons. Thus, this rewrote the rules in Westeros. Like canons, Dragons roasted the logic of castles but the incentive structure was totally different, opposing armies couldn’t defeat a dragon and it was basically impossible to obtain or purchase one. I mean you could try but that can be a pretty high-risk strategy. So the only option was to pledge fealty to those who owned the Dragons and controlled them, in this story the Targaryen’s.

The Last Question – How Do Dragons Stunt The Economic Evolution Of Westeros?

Without the incentive for large armies, you lose the incentive for more money, taxes and tax collectors, and more centralized govt. In Game of Thrones the economics never just pushes the society to its next phase. And what’s interesting about that is that it shows that the evolution of civilization isn’t always inevitable. It depends on human action and the incentives that follow from it. Now, at the beginning of the story, Dragons have been extinct for something like 150 years and you can see the desire of would-be rulers to unite all of Westeros into what would be considered by our historians, a Nation-State.

They might’ve succeeded and evolved if only Daenerys wouldn’t have brought her Dragons back to Westeros. Of course, it’s just a show and we all watch it because it is fiction and it doesn’t matter whether it evolves or not. But remember this, the characters we know today have evolved from the first men. So don’t they ought to have a chance to evolve. After all, this is the show that has garnered thousands of theories around it so let’s just add one more to that list.