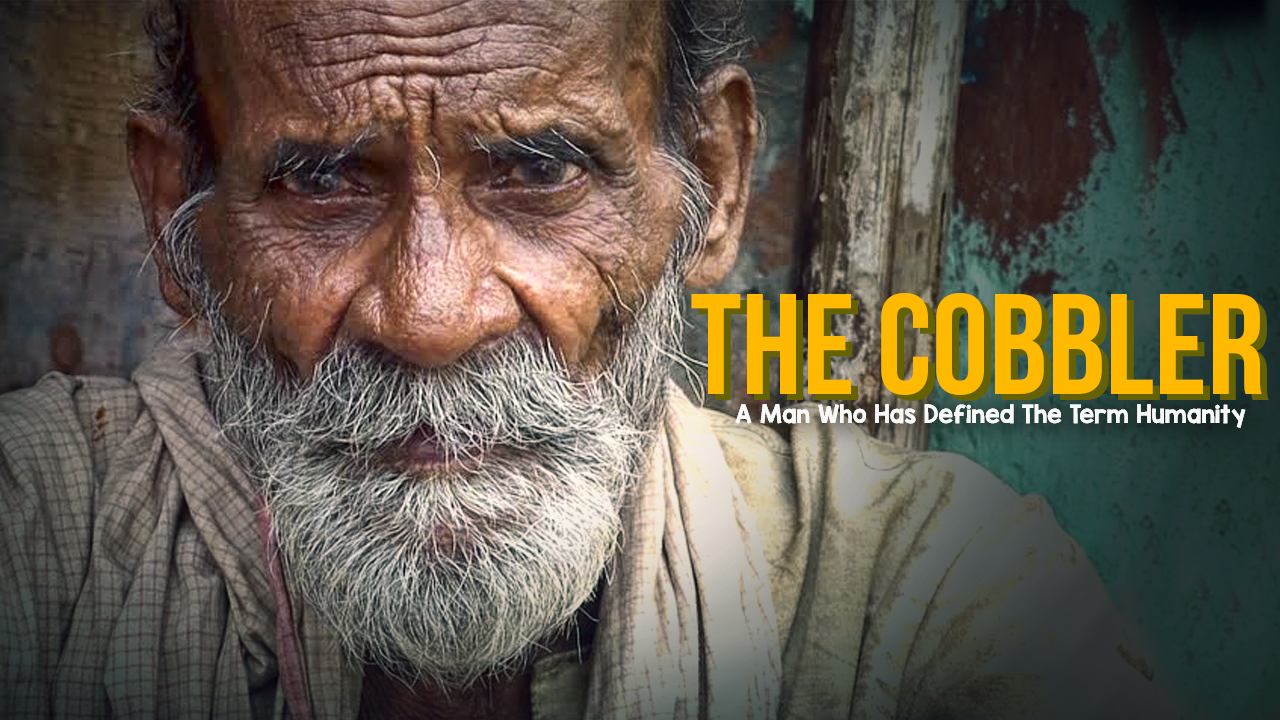 The Cobbler Venkateshwarlu And The Beacon Of Humanity

Some stories inspire us and some leave us with intriguing thoughts. The story of Venkateshwarlu, a cobbler by profession is one of humanity and sympathy. A follower and reader Sudheer Sharma, reached out to various media houses to get this story published and he finally found a platform at Vox Space, he intends to do his bit by contributing to a cause that he cares about and support and reach out to as many as he can and get the help needed. This is the story of a cobbler who went out of his way with a single thought to protect and provide for a retarded young girl Amuda, he made her life his own and travelled to find her family but only to realize that there was no one in her support, he continues to be her guardian despite having limited resources and living in mere poverty.

Venkateshwarlu had thoughts which aligned with this statement and went out of his way to protect and provide for Amuda.

Our Contributor Speaks of The Incredible Story Of This Humane Cobbler

In the words of Sudheer :

Until today I did not expect any individual, apart from Soldiers/Martyrs, to be selfless and didn’t know they could come to the rescue of others who needed help. We believe that we are all the so-called “good human beings.” But, I strongly believe that only when we face real challenges in life, and when we come across tough situations, our true colours come out and the selfishness within is put to test. The deeds of Venkateshwarlu left me in awe and rekindled the hope that there is goodness in the world around.

In a country which campaigns to promoting the well-being of a girl child and living in a society that is gender biased, an uneducated man with a warm heart stood by the saying “hands that help are holier than the lips that pray” and made a statement, by simply being human.

The Man With Meagre Earnings And A  Huge Heart 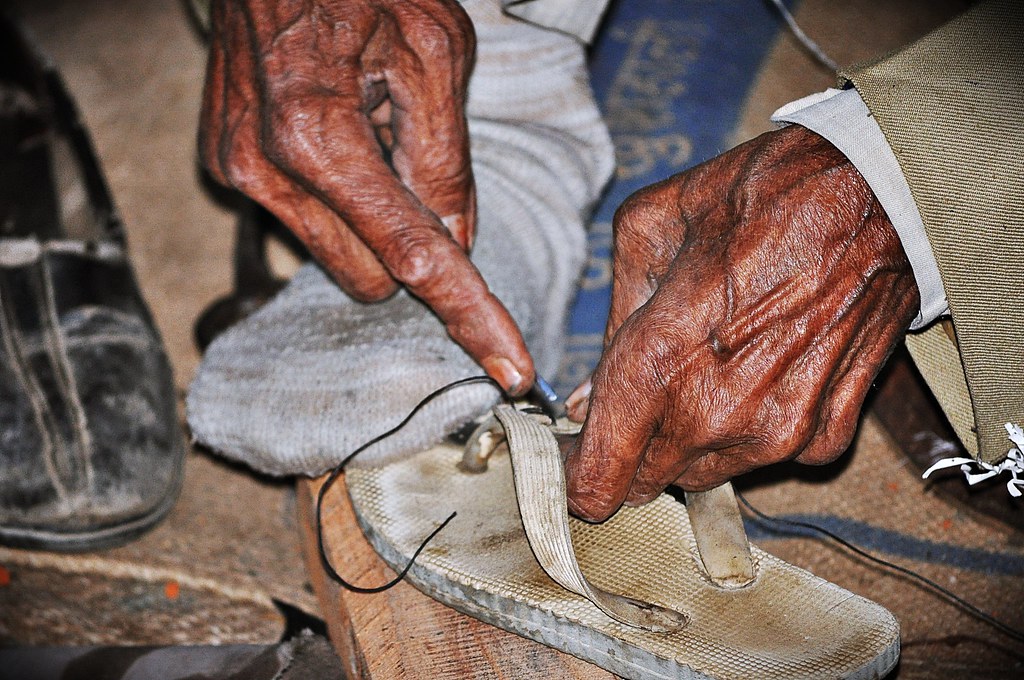 Venkatashwarlu hails from a village in Telangana, India and earns a meagre amount of 50 Rs or even lesser per day. His story is an inspiration in a world consumed by desires and wants. He took up the responsibility of a stranger, even though he could not afford it. Living in a world with expenditure that does not fit the size of his pockets, a man with a family to feed – wife, his mother and three children, life wasn’t kind. But, he welcomed the girl with a clear heart. This is an incident which makes us realize that there are things which even education cannot teach, and would serve as an eye opener for many of us, who are financially capable of contributing to the progress of the society. This selfless man could take a mentally challenged orphan and make her a part of his family.

Amuda was abandoned by her kith and kin due to a mental illness. She lived on the roads naked and hungry. Unmindful of people or the society that existed around her and lived just like any other animal on the streets, eating out of garbage bins and drinking water from the gutter. She was in a pitiable state when Venkatashvarlu met her and took her home, fed and groomed her. He was patient enough to deal with the challenges that came his way because of Amuda, he is now deaf by in an ear as Amuda hit him once on his ear, and it lead to the damage. His responsibility was a decision of pure intention to do what was needed to keep a person alive.

He later discovered Amuda’s ability to understand and speak more than one language, she could even write. He then decided to get her treated a give her the support to live by herself, it’s in this attempt that he met doctors and humanitarians, who helped him in raising Amuda to an independent woman. This journey and the struggle still continues and he stands by the girl as a father and guardian. He admits that his poverty did not come in the way when he decided to protect the girl and take her home and feed her as his own child. This is an introduction to being human and this absolutely doesn’t require any level of education or understanding. It is a simple sensibility of pain and sympathy towards others and their situations.

We learnt that Amuda lost her job a couple of weeks ago and relies on her saviour for a living. Sudheer had made a meaningful donation of one lakh to this family and vouches for getting them more help. On his request, we have included the Account details of Venkateshwarlu, for any contributions small or big. You may bring your contributions to this page. Thank you and be the change you always want to see.  A true story of acceptance beyond barriers of language, gender, poverty and helplessness. VoxSpace salutes this great human being and vouches for the wellbeing of his family and Amuda his adopted daughter.