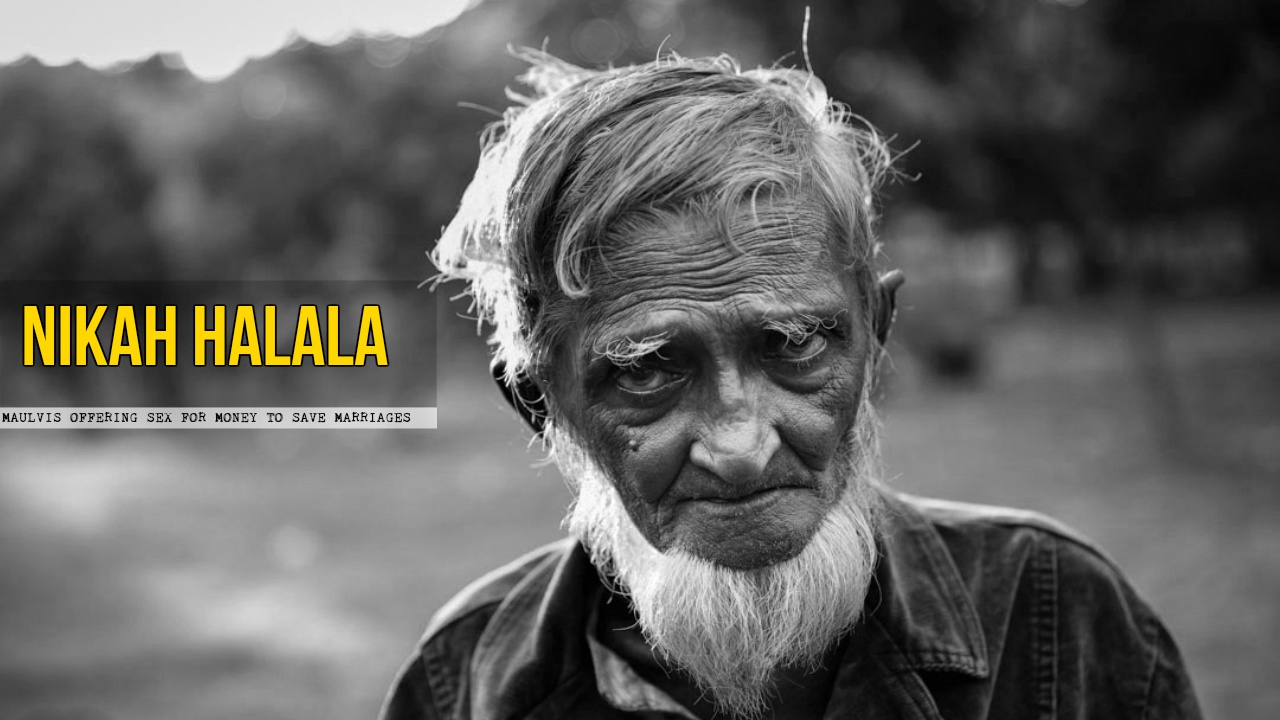 Earlier this week, the reputable media house in the country, India Today came out with an expose of one of the darkest practices of the modern world. A practice which allows Muslim religious scholars, Maulvis to have sex with divorced women in the name of blind faith. The blind faith in question is an age old practise by name Nikah Halala. Now how does it presumably work? Well, Nikah Halala works with the Maulvis offering themselves up for sex over night, rather one night stands, to divorced women in the community. The report goes on to say that, the Maulvis under Nikah Halala charge anywhere around Rs. 20,000 to Rs. 1,50,000 per night. When you look at it, the practice bases its structure upon a personal customary law, which is not constitutionally recognised.

Definition Of Nikah Halala And The Legal Framework

Nikah Halala is clearly a personal law, adopted within a community as a part of its tradition and custom. And so it has no legal veil to it, and further, it remains an illegal act of marriage and divorce within the country. When we further dive into the meaning of Nikah Halala, we understand the following pointers.

1. ‘Halal’ in Islam stands for something which permissible under the religious bindings. Under this context,  it means that a divorced woman can become ‘halal’ (lawful) for her husband again after Nikah Halala is complete.

2. The first basic point we need to understand before getting into the details of the practice is the rules of Islam. Under Islamic propagation,   a  Muslim man has the liberty to divorce and remarry the same woman twice.

3. However, if he decides to dissolve the marriage for the third time, he can only remarry the same woman if she first marries another man, consummates the marriage, and only if the man dies or willingly asks for a divorce, can the woman go back to her first husband and remarry him.

4. Indian Muslim jurist Moulana Ashraf Ali Thanvi explains the concept as “A person pronounces a revocable (Raji) talaq. He then reconciles and resumes cohabitation. Two or four years later, under provocation, he once again pronounces a revocable talaq. On recovering from provocation, he again resumes cohabitation. Now two talaqs are over. Hereafter, whenever he pronounces a talaq, it will be counted as the third talaq, which will dissolve the marriage forthwith, and should a remarriage be desired by the parties necessitate Halala (inter-mediatory marriage).

5. Another thing that we need to understand when we talk about Nikah Halala is that the woman who is divorced is considered Haram (unlawful). Thus, she becomes a prohibited company for the husband. Unless of course the Halal is taken up.

We Understand Nikah Halal, But Where Did The Maulvis Offering Sex Come From?

It’s a simple equation. For women, who have been divorced for the third time (which is not uncommon owing to the Talaq Talaq custom), the only way to save their marriage is to marry, consummate and get divorced from a different man. That’s where our Maulvis for hire, come into the picture. They offer sex over night, and divorce in the day, to save these marriages. The India Today report also uncovered some shocking truths of this illegal but rampant practice across the country. These Maulvis offering sex, needn’t necessarily be unmarried. The report via a sting operation uncovers that even Married men are up for the taking. The conversations and negotiations go as below with Mohammed Nadeem, an imam at Madina Masjid in Moradabad’s Lal Bagh neighbourhood.

“Will your wife object to it?” asked India Today’s reporter.
“No, no. She won’t have any objection,” imam Nadeem replied.
“Have you spoken with her?” prodded the reporter.
“No, I haven’t spoken with her. I haven’t told her. What’s the need to tell her?” Nadeem shot back.
The Moradabad imam admitted he had officiated several Nikah Halala marriages before. This time, he proposed a package deal for the entire service, including sex.
“It’s Rs 1 lakh,” he demanded. Imam Nadeem guaranteed issuing divorce after spending a night with the bride for her to become eligible to go back to her first husband in accordance with the personal law.

As simple as it seems, the report also included a conversation with Mohammad Mustaquim of Delhi’s Darul Uloom Mahmoodia Madrasa. The religious scholar explains Nikah Halala in a simple manner – “There was a woman in the room. I went there and had sex. Before leaving at 2-3 am, I divorced her,” he confessed. Read On the full report here.