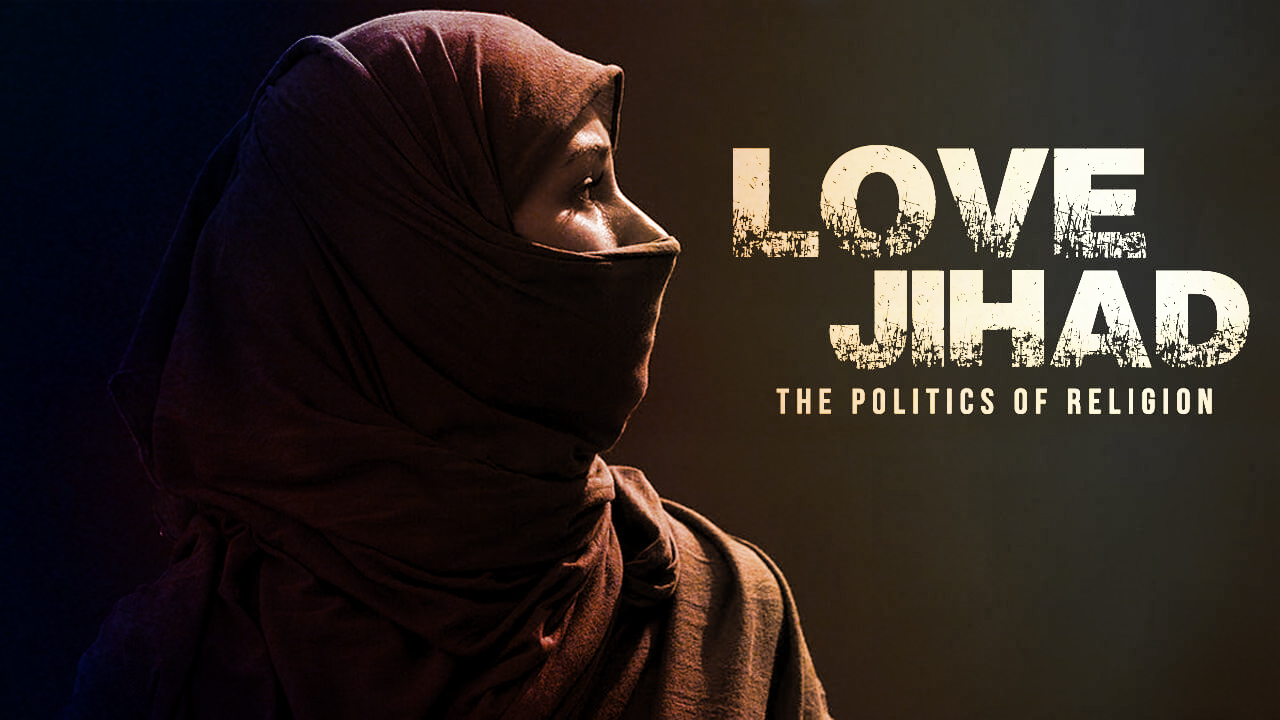 When the news first broke out; that Police Authorities in the states of Kerala, Tamil Nadu and Karnataka were out of nowhere ‘picking up and interrogating’ couples who were happily married in an interfaith alliance, something seemed truly off. VoxSpace then took it upon itself to reach out to the depths of this weird proposition which was being termed ‘Love Jihad’ by the authorities involved. Ironically, the word itself originated from the society upliftment movement back in 2004 under the Modi regime in Gujarat. Was there a possible connection between the RSS of the yore and the today’s out-of-the-blue grilling of the interfaith couples? Were there any discrepancies involved so to speak in the selection and interrogation of these couples? How did the whole case blow up into proportions which a normal life fails to fathom? It is in these circumstances that we got talking to Nadia Hussain (previously Nandita) a resident of Murukkadi in Thekkady, Kerala

“..I don’t know why they took my husband. He works in a furniture shop near the centre. Before marriage, I was a Hindu. My father is an auto driver in Periyar road. I and Hussain went to the same school. I know him from them. He is a nice man. Very decent. And we loved each other. He is caring for me and very responsible. When we told my parents that we were planning to get married, they refused. I can understand, but I couldn’t live without Hussain. So we eloped and got married in Alleppey. Hussain said – they will understand after marriage. But they didn’t. So we are living here, by ourselves. We only have each other. Last week, two constables came and took Hussain away. They won’t let me talk to him. They won’t let me meet him as well. What do I do now? They are just saying he is connected to Pakistan. I know him from childhood, he isn’t. It is not possible also. What do I do now?..”

It should come as a baffling revelation to many of us, when we understand that over the past 28 months, the Kerala Police has picked up nearly 52 couples, in most cases the husbands, for ‘interrogation’ purposes. They’ve been scrutinized and their most personal stories analysed and dissected. Their faith has been questioned and ripped apart by the officials, and most of them come back home, feeling violated by these actions.

I was asked a simple question. “Did you have sex with your husband before marrying him? Do you think it was better than if you had sex with a Hindu man? What’s the difference?” says a now Muslim woman, who wished to remain purely anonymous.

What Exactly Is Happening In Kerala And Why It Is A Shameful Commentary On Our Secularism?

Love Jihad. What exactly does the term implicate in the present times? Well within this context the word depicts the ‘usage’ of Hindu women by Muslim men, to propagate violent Islamic ideologies. The cycle as per the authorities which constitutes Love Jihad is that Muslim men with IS ties, marry Hindu women to capture attention and influence in the society, so as to propagate and recruit a great number of people into their ‘causes’. The authority which has defined this act of beneficial faith conversion is the National Intelligence Agency which has been at the crux of arrests in the past 28 months.

So where does RSS fit into the picture? To anyone closely following Indian Politics over the past few years, it shouldn’t come as a surprise that RSS now has become a ground force for the ruling party and the PM office. Rules are made, defined, implemented and executed by RSS on the ground. They have spread their deep roots into authoritative bodies, and NIA isn’t truly an exception. ‘Love Jihad’ it is safe to say, as a concept initializes and prospers from the ideals of RSS and its relentless manpower.  After all, this hardline Hindu group, helped Modi swoop in on an unprecedented victory in 2014. Now it’s their feeding time again. And ‘Love Jihad’ comes across as the perfect fodder.

Interfaith couples, as per NIA, pose a threat to the society. They are believed to have ties with terrorist organizations across the Islamic states, you see. It is worth noting that, none of these couples, after days and days of interrogation, have been known to have any worthy links to any Islamic States. If that’s the case, what exactly is the RSS shadowed NIA looking for, in these couples? Where is this all coming from? At this point, it is anyone’s guess.

Search Long Enough And You Will Find A Crime Eventually

28 months of combing through a list of couples which met certain religious conditions, and nothing to show for it? Wouldn’t that be too appalling even for a radical cause? And so it would seem, NIA does have something to show for it. As they say, run around an innocent man long enough, and you’ll see where he falls eventually. Kerala to be spoken about is the ideal ground for finding a connection with the Islamic states, as most of the businessmen from Kerala have migrated to Saudi Arabia, UAE Bahrain and Turkey in search of jobs. Kerala, as it were, is economically truly connected to the Middle East. Of all the investigations, NIA has this month, fixated on 9 such links, which tick all the boxes of the phenomenon of ‘Love Jihad’. When contacted by VoxSpace, the NIA refused to divulge any information about these 9 links. It further spoke to the press that the cases shall be presented to Supreme Court. As it were, the apex court shall stand to hear the cases of ‘Love Jihad’ today.

It is known as of presenting this article that NIA has found links of 2 such cases – one based on the unexplainable money transfer affected between an interfaith couple and an Islamic school in Iraq and the other based on the sharing of IS videos through WhatsApp by a couple.

The Twist In The Tale – A Woman And Her Faith

“This is for the first time in the history of India the top court will be asking a woman the validity of her marriage and her religious conversion,” said Kapil Sibal, the renowned lawyer who is today representing the aggrieved couple – Shefin Jahan and Hadiya.

Shefin Jahan married Akhila as they both liked each other. Akhila then converted into Hadiya post marriage. As in the case of Nadia, the couple had gone against their parent’s wishes and eloped to marry. The agitated father of Hadiya, then lodged a complaint on Shefin Jahan, accusing him of having ties with the Islamic States, and forcefully converting his daughter Akhila. It is at this juncture, the local police arrested Shefin Jahan, and sent Hadiya to her father’s custody. After the lower court dismissed his appeal, Shefin Jahan approached the Supreme Court. Kapil Sibal took up the case and has since moved to invite Hadiya to the court to prove her validity of faith.

“I met Hadiya through a matrimonial site and liked her instantly. We liked each other and decided to get married. But I could only spend 48 hours with my legally wedded wife before they took her away from me.  Our simple love story has turned into an ugly religious and legal battle” rues Shefin Jahan, hoping that the Apex court will turn to his aid and facilitate a reunion with his wife.

Presently, the marriage of Shefin Jahan and Hadiya remains annulled by the Kerala High Court.

The Kerala Conundrum – The Muted History Of Converging Ideologies

NIA’s witch-hunt for finding the IS links is not to be mistaken as something recent. The probe into Kerala’s widespread migration to the Middle East was taken up by NIA in early 2015. According to one report by NIA, almost around 100 people have joined the ranks of ISIS.

“It’s not just the commerce, but the ideological brainwashing that is at stake here. We’ve found over the past five years more than 270 people have joined the ranks of ISIS within India. And when the question of eliminating the slightest possibility of disruptive agendas comes, we do need to take a stand. Interfaith influence has always been a major source of ideal propagation. We can’t outright deny that” said NIA representative who wished to remain unnamed.

“Love Jihad” we see today is just the start of much intense probing techniques to be implemented in future. In a state, run by secular ideologies, isn’t religious stereotyping a probable cause for concern? A nation secured is one thing, but the security by keeping its citizens at stake, is it truly worth it? Will the adamant RSS driven thought processes ever comprehend the tragedy of Nadia Hussain, who even today after 17 weeks, waits for her husband to return? Will the supreme court finally here the woes of Shefin Jahan who has been stamped a terrorist in the state he resides in? Only tell will tell.