The Bias In The Debate – Prakash Raj Fiasco

A debate was recently organized with the theme ‘Why do Liberals fear Hindutva’ on Times Now in lieu of the upcoming Karnataka Elections. The debate was in news for all the wrong reasons as Mr Prakash Raj was cornered about various political as well as personally directed questions by Mr Swamy, as well as the mediator and members of the handpicked audience.

Prakash Raj who is an ace actor has recently forayed into politics and has been a vocal critique of the Narendra Modi led BJP government. Although the debate was organized on the topic of Hindutva, it was evidently clear that the main purpose of the talk was to degrade Mr Prakash Raj. Mr Raj was ridiculed for playing the part of a villain in his films by both Mr Swamy and the member of the audience. The mediator quickly sprang into action and did not allow the question to be taken when an unruly audience member called Mr Raj a villain. However, there was no opposition by the Times Now mediator when Mr Swamy did the same thing during the debate. An emboldened Mr Swamy went as far as threatening Actor Prakash Raj by saying “I will teach you a lesson”.

The biases of Times Now is a copybook example of the present day “Lapdog Media” which is leaving no stone unturned to mobilize public opinion for the vindictive and divisive politics of the BJP/RSS. The media has rightly been called the fourth pillar of a democracy. The primary job of the media is to constantly scrutinize the current government and do constructive criticism of the policies, which are not able to fulfil the aspirations of the masses. Channels like Times Now should try to get above sensationalism and focus on real-life issues instead.

Prakash Raj On The Question Of Stage Sharing

Mr Prakash Raj was drilled by both the mediator as well as Mr Swamy for sharing a stage with youth leaders like Jignesh Mewani and Umar Khalid. They should be aware of the simple fact that sharing a stage doesn’t mean approving all the actions and statements made by the fellow panellists. Apart from it, even Prime Minister Modi has been seen sharing stages with rape accused Gurmeet Ram Rahim as well as Asaram Bapu, who has been recently convicted for sexually harassing his disciples. Why didn’t the Times Now mediator question the BJP representative for the PM sharing stages with sexual harassers?

Cancellation Of Voting Rights Of The Minorities? 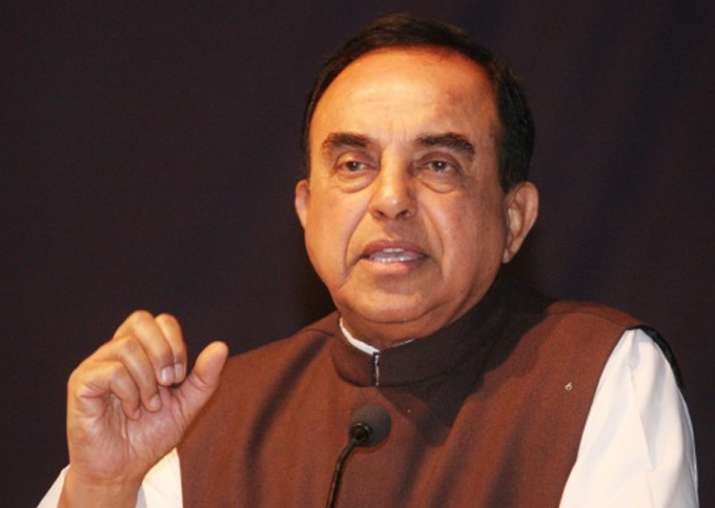 Mr Swamy once again bared his fangs and spewed venom on the minority community and went as far as suggesting cancellation of voting rights for the minorities who don’t bow to the might of the RSS/BJP. This proposition by a senior leader of the BJP threatens to dismantle the democratic fabric of our country in the near future. Mr Swamy should realize that the democratic process of voting cannot be terminated simply because they hold a different set of beliefs about their origin and descent. If a ruling party starts altering voter list as per its ideology and believe it will make a mockery out of the world’s largest democracy that is India.

What Really Is ‘Hindutva’?

Mr Swamy also resorted to rewriting history when he claimed that Hindutva stood for gender justice and ensured democracy in our country. This is nothing but a blatant lie with little merit. It is a well-known fact that RSS was one of the organizations which completely dissociated itself from the freedom struggle. The founders of RSS had written mercy petitions and provided information about other freedom fighters to the British when the whole country was agitating against the atrocities of the British Empire. Nathuram Godse who had affiliations with the RSS/Hindu Mahasabha assassinated Mahatma Gandhi for standing against the hate politics of the Hindu Right Wing. It does not come as a surprise when we see temples of Godse being constructed and his centenary being celebrated by Hindu extremists.

As far as gender justice is concerned the ideology of Hindutva is to evoke ancient culture and traditions in order to sideline the female population. This has been made evident by the setting up of Anti Romeo squads, who harass and hound consenting adults for the fault of falling in love with each other. The rhetoric of Love Jihad has been time and again used to spread distrust for the minority community, and to bully them. The case of Hadiya is a perfect example of the way in which a legal adult was not allowed to exercise her choices in marriage and religion because of the false propaganda of Love Jihad.

The Ghost Of Pakistan At Work Once Again

The practice of asking political opponents to leave for Pakistan has been a day to day affair in the current BJP led NDA government. The same was repeated for Mr Prakash Raj during the debate. These continuous comparisons with the failed state of Pakistan only serve to take our country backwards by creating a sense of satisfaction that we are better off than Pakistan. Instead, we should start comparing ourselves with well-off countries like Sweden, Norway and many others who have been reducing disparities in income and gender through scientific research and vibrant debates.

Hindutva and Islamic Fundamentalism are the same sides of a coin and threaten to derail the socio-political progress which our country has made since independence. Our model of secularism and liberalism is the factor which has distinguished us from the religious fundamentalist state of Pakistan and it is the duty of all Indian citizens to ensure that this progress is not reversed by the divisive and regressive ideology of Hindutva.