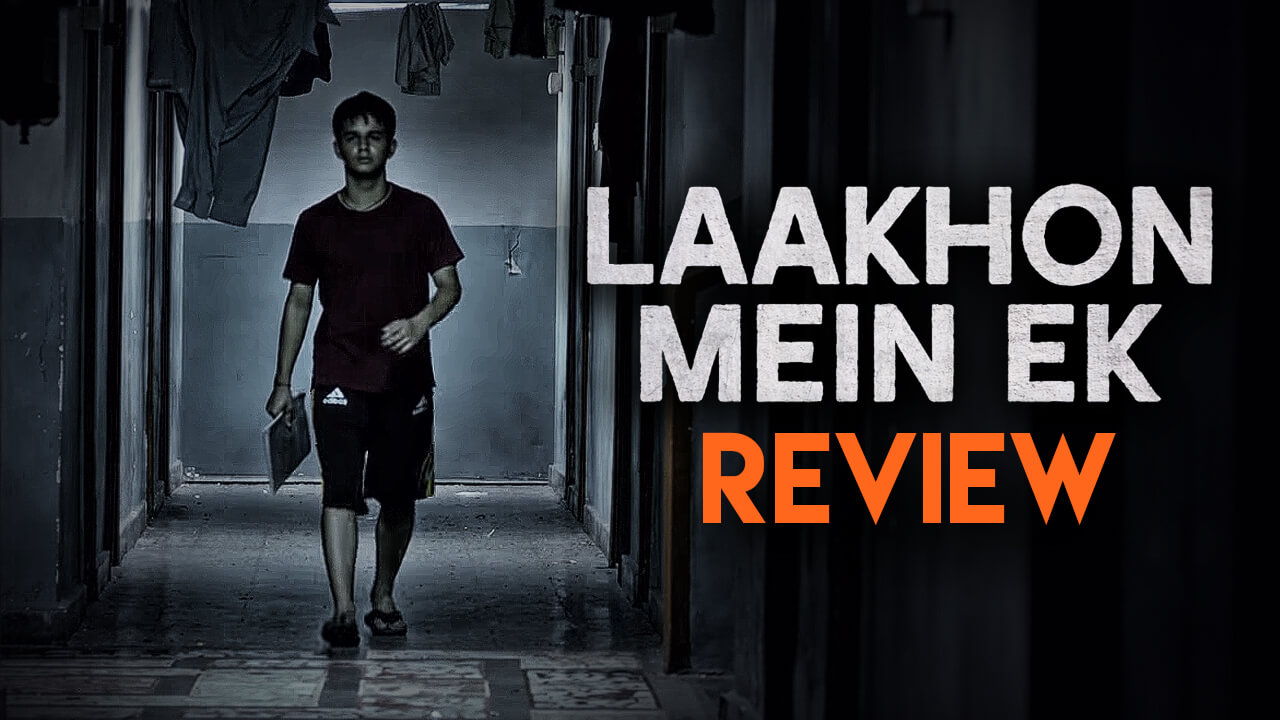 After delivering a phenomenal stand up special with “Biswa Mast Aadmi” Biswa Kalyan Rath presents us Laakhon Mein Ek. The story revolves around Akash Gupta a 15-year-old school pass out who loves to do mimicry and is a commerce aspirant, but he soon finds himself in an IIT coaching institute called Genius Infinity because “maa baap ke sapne”. He finds himself to be a misfit in a jungle of toppers and over-achievers and is unable to cope up with the pressure. He is placed in the notorious section D to further add to his woes. The only solace he finds is in the company of his roommates Bakri and Chudail. But soon his father’s aspirations poke him back. Will he make it to IIT or will he give up and confront his father or will he just find a middle ground? That is what constitutes the rest of the narrative.

The Cast And Crew Behind Laakhon Me Ek

Directed by Abhishek Sengupta, Laakhon Mein Ek, unlike other web series, doesn’t try to cash in on the majorly relatable backdrop it is set in. Instead, it uses it as a medium to connect with the right audience and try and keep forth its point. It doesn’t try to be a series of fuck-ups in the quest of becoming millennials. It just tries to show events that take place in the day to day life of an average student who belongs to a middle-class family. This earnestness is what makes Laakhon Mein Ek worth watching and makes it different it from any other wannabe web series.

Here’s What I liked About The Series

Ritvik Sahore, yet again, delivers an honest performance as Akash Gupta after Ferrari Ki Sawari and Dangal. Alam khan who played young Duryodhana in Mahabharata earlier last year here plays Chudail and steals the show whenever he is on screen. He provides the perfect comedic relief the narrative requires. Veteran actor Shiv Subramanyam is so convincing as the grumpy principal Moorthy that you start hating him instantly.

Shan Mohammad (editor of Wake up Sid) brings forth to us the narrative in a crafty way. With edgy time lapse, montages and transitions he makes sure we’re submerged in the world of Akash. Especially, in the initial episodes while introducing us to the story and while showing Akash struggle in IIT classes the montages really help us in knowing Akash better.

The cinematography of the show just adds an extra layer to the narrative. It brings out the grimness of the hostel so perfectly that you can almost experience what life would be inside the place. It also helps to build an effective connection between Akash and the audience by blending into the surroundings of Akash and giving us a sense that we’re right beside him.

Laakhon Mein Ek is a great example of how creative production design can yield you more pragmatic results. The whole series pans out in 3-4 rooms, 2 bathrooms, 4 corridors and a terrace all in one building and even the outdoor shots are montages shot over drones. Another great move is casting the right case. Instead of casting an elaborate ensemble cast of established actors you can hire in a few more extra talents which would make sure that we get the feeling of a real hostel. But that’s not just it. Laakhon Mein Ek really steals the show with the authentic cringe we feel in our gut after entering Genius Infinity from the beds to the broken windows of the washroom to the half-fallen putty on the classroom walls. Laakhon Mein Ek really stands out because of its prowess in detailing.

The title track brings in the right combination of thoughts to start the journey with Akash. The music enhances the lighter tone it wanted to set in the initial episodes.

Biswa, Karan Agarwal and Vaspar’s screenplay and subtle dialogues remain the core of the show, especially the tonal shift is dealt with very smoothly. The way the show puts forth the points it was trying to make, without being on the face, is really commendable. The characters entry and exit are so effective that we even before realizing we start rooting for Akash.

There’s too much of Akash in the show. I mean yes the story is about him, but Akash is literally in almost every frame of the series. The parents were not given enough screen time. The ideology behind their actions, if shown, would’ve been better. The principal I felt was over the top grumpy in some scenes, if the backstory behind all his grumpiness would’ve been shown it would’ve explained his averse actions in the last episodes.

In some parts, the Telugu spoken in the show seems like Tamilians speaking Telugu. Even the Telugu accented English felt a bit forced. The location, according to me, if it was situated in Kota would’ve been more appropriate since the most of North Indians go there to get into IITs and the timeline could’ve been adjusted to around 2009-2013, as in those years the IIT frenzy was way beyond as it is now.

For a series whose music is so refreshing, the background seems a bit out of place in some scenes. Especially the climaxes of the episode and the tonal shift of the show doesn’t help it either.

For a show so well written the pacing is a bit wobbly in the middle episodes, and some scenes seem repetitive and Akash ends up looking always struggling.

What The Show Laakhon Mein Ek Manages To Pull Off?

Laakhon Mein Ek, isn’t just a story of Akash Gupta and his struggles, it’s a journey of every young average student through the toughest two years of their life’s. The series beautifully captures the IIT madness of middle-class society and it doesn’t patronise or glorify it. It’s just trying to make us acknowledge it. Laakhon Mein Ek isn’t just trying to make a commentary on the parental pressure that exists in the society but it’s also trying to show us how bullying can adversely affect a young mind. It very subtly showcases the hierarchy in the education system that’s prevalent in India and it tries to make this very important point in between in all its chaos which is, not knowing what you want to do in life is “OK” but at least know what you don’t want to do in life ( yes, it tries and makes a lot of points in a six-episode series).

Laakhon Mein Ek is a brave step ahead in making us acknowledge the underlying problems that young teenagers face. It doesn’t just outrightly try to be rebellious though, instead, it focuses on the outburst of the protagonist. It doesn’t bother trying to show off its writing skills by creating situational comedy but it showcases tragedy in a comedic way ( yes, literally tragedy mein comedy). Laakhon Mein Ek is an experience where if you keep low expectation you’d be surprised if you go in lots of expectation you’d be taken aback, if you go in with an open mind you’d be in for a ride.

(PS: I know it’s a far fetch thought but I’m really hoping that Biswa outdoes himself and tries writing the next season of Laakhon Mein Ek, or at least a spin-off of chudail’s story would be great.*fingers crossed*)