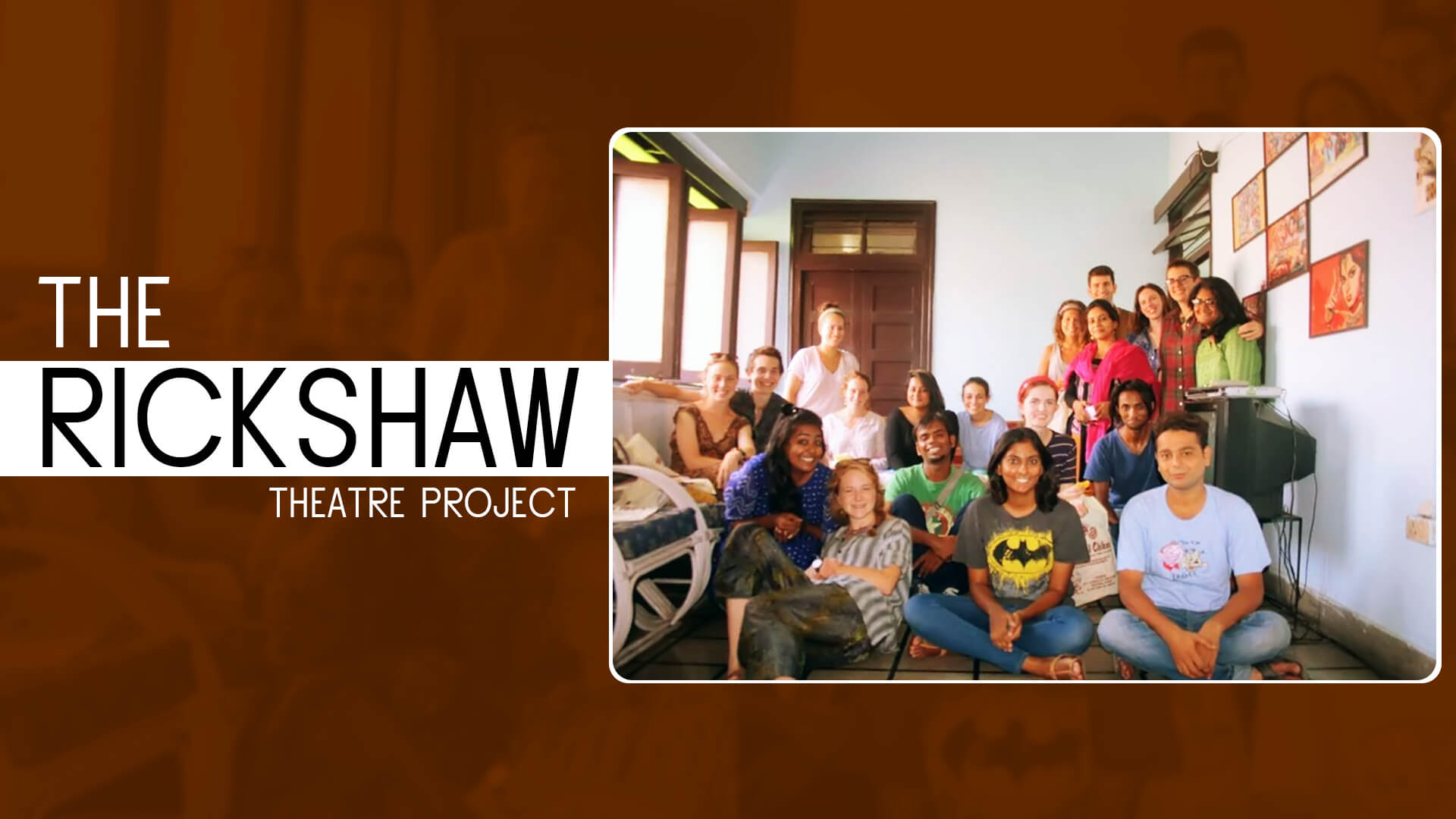 The Theatre Culture From Cambridge University

They say there is a whole lot of difference between being literate and being educated. Being educated is a bigger deal. You are not educated until and unless you haven’t really paid it forward. You simply just hold a degree in that case. Education, along with all that knowledge, also teaches you life-skills, makes you civilised and a better human being. Now, we also understand that not all of us can pursue Social Work, which is why the concept of volunteering exists. We must volunteer. Volunteering doesn’t eat up all of your time and at the same time lets you do your bit.

Something beautiful on very similar lines has been happening in Delhi, Lucknow, Jaipur and Nepal over the last 5 years. It is something a lot of residents of these places may or may not know about, but definitely should. I am referring to a wonderful project called the Cambridge Rickshaw Theatre Project.

What Exactly Is the Rickshaw Theatre Project?

Rickshaw Theatre Project is an entirely student-run project, born in Cambridge University, London. The project gets Cambridge University students to Northern India and Nepal and is in a nutshell about ‘bringing theatre to disadvantaged kids’, making it a lot more available to them.

Rickshaw Theatre Project is an entirely student-run volunteering project that takes Cambridge students to three cities in Northern India (mostly Delhi, Jaipur and Lucknow) and Nepal. Cambridge University is one of the most renowned Universities in the world and has immensely bright students studying there. Rickshaw Theatre Project mostly comprises of 8-12 students every year who are into Development Studies, Human Psychology, Education Studies, Humanities but the one common thread that binds them together is their love for Theatre. Theatre not just for the sake of performing, but theatre aimed at bringing about a change. That is where the project started. A group of students, every year around the month of August, comes down to India and Nepal and runs educational theatre workshops with disadvantaged kids and young people. They work closely with existing NGOs and schools to deliver two-week workshops in each city.

“We hope to not only create a fun and safe environment in which they can develop creative skills within drama, but also a space in which they can learn valuable social skills, such skills of teamwork, the ability to build trust, and establish lasting, healthy relationships.”, says Rebecca.

They aim to help the children be more comfortable with performing and also help them to develop self-confidence and strength in public speaking, which are values that they will be able to utilize in all parts of life. Feedback from previous years shows the workshops were rewarding, both for the children and the volunteers and that they made a real difference to those participating. They travel as a team of 8-12 individuals and generate opportunities of getting the chance to work with 2 different NGO’s in each city that they visit, in that way reaching as many children as possible in the short time that they have. The fact that 2 weeks is not a lot of time to make a lasting difference, they split into groups and work on 2 different groups simultaneously to reach out to a better number of children, effectively and efficiently. They aim to help build upon initiatives that are already in place and bring new forms of teaching and interaction to the NGOs that can continue to be used even after they have left. In this way, rather than starting up initiatives of their own, they strengthen and help develop ones that will be able to continue to make a difference over a longer period of time.

Rickshaw Theatre Project is a barter, really. The students who are part of the teams to start with are great human beings for having been so keen to get involved in some hardcore community service, and in 2 countries so far off and culturally different for them. Although, in exchange, the journey offers them knowledge, wisdom and experiences beyond words.

“As a tour manager, I got the chance to fine-tune my skills in logistics and coordination, project management, conflict resolution and negotiation. Managing fiery group dynamics in the fiery heat while racing through crowded alleyways is a fine art in and of itself! In my current role as a project manager for a specialized logistics firm, these competencies are my daily bread”, said Nkoko, one of the 2016 Tour Managers, about his experience with RTP.

“As well as teaching, we got a chance to explore the rich and beautiful culture that India has to offer. The Qutub Minar, the Amber Fort, the Bara Imambara and loads more… oh and of course the Taj Mahal. India is endearing!”, said Sasha, one of the RTP team members from last year.

“The undeniable highlight of the trip was the incredible children that we had the privilege to teach theatre to! We led over 40 workshops across 8 schools and NGOs, for more than 300 amazing participants. I cannot even put into words what this journey offered me! ”, said Phoebe. Societies like the Lucknow Book Club, the Lucknow Homestay and Bewajah have been their backbone in the city of Lucknow ever since they have been happening here. The teams welcome them with all the warmth and try to create something beautiful together.  “We get to learn so much just watching them work with the kids. We initially were here as translators but they’re so incredible with their theatre skills, the kids follow more than half the things that they say and the language barrier just takes a backseat. The kids are their fans and love them to bits”, said Aslaan, a volunteer.

Rickshaw Theatre Project, 2016 has kicked off already. Today was their second day on field and the team looked rather happy.

“The children greeted us with the adorable most cheers and the warmest of hugs. Can’t wait to spend the next 10 days with these munchkins! ”, said Beth, a current team member. Their mission is predominantly to bring theatre and drama to marginalised children in Northern India and Nepal, by working through existing NGO’s who are already working with children in these areas.

“Through RTP we as society can give our children as much as we can,  can teach them about self- expression, public speaking, self-confidence and teamwork, and building strong social relations, amongst many other things and of course a tad bit more about themselves”, said the team before they were leaving Lucknow last year.

Having worked very closely with children for a good 4 years now, I know there is one thing I can vouch for. No matter, what the evil is, be it gender disparity, patriarchy, the so-called “rape culture”, violence, misogyny; it all needs to be worked on from the roots deep down. These are bigger changes, they won’t happen overnight. We’ll have to try doing better over generations and keep getting better. Our children need to be worked on, need to be inspired, motivated and loved the most since that is one way that gives us hope, clarity and could definitely bring out the best of our society.  So, let’s keep at it, shall we?