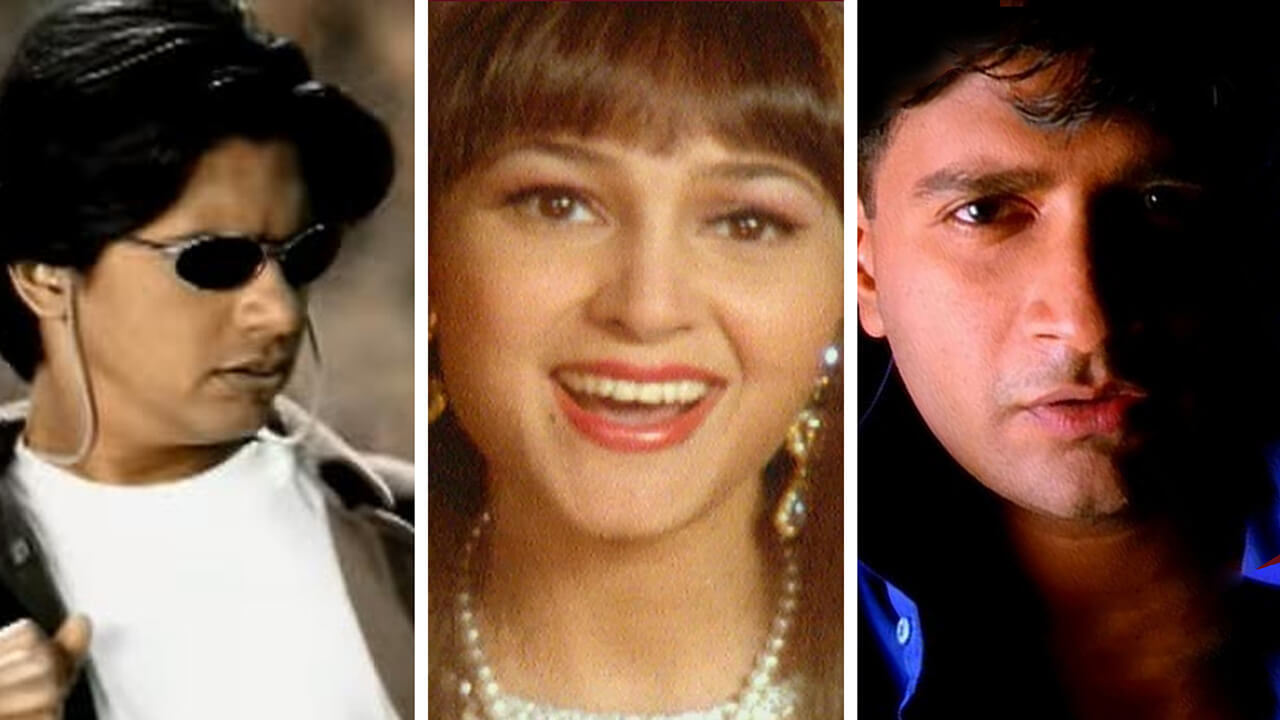 Of late, throwbacks, especially 90s throwbacks have become a thing. A major factor behind the rise of the 90s in the post-2010 era is perhaps because of the 20 somethings, who in a lot of ways decide the trends can’t get enough of their 90s nostalgia of growing up years. Well you might ask, that there have always been nostalgic teenagers in every era reminiscing their growing up years, but that did not flood our lives with 70s throwback or 80s throwback, so why 90s? The answer is simple, we are ones who saw the transformation happening right in front of our eyes. We are the ones who seamlessly transcended to mobile phones from telephones, from cassettes to YouTube, from Doordarshan to Netflix. We are the generation that has sat in front of television melting in the melody of ‘Dooba Dooba Rehta Hu‘ or ‘Piya Basanti Re‘ on Channel V as a kid and just a few years down the line have subjected ourselves to ‘Blue Eyes‘, ‘Aunty Police Bula Legi‘ or the latest ‘Baby Marwaake Manegi’. We have seen the golden years of indie music and have also seen it fading into oblivion.

From Dooba Dooba To Blue Eyes, What Changed?

Personal opinions and taste aside, looking down upon the music of Honey Singh, Baadshah and Raaftar are perhaps negating a major chunk of the population who actually enjoy their music. And just because it does not appeal to me, it doesn’t give me or others the free pass to tear them down. However, in the last few years, Indian indie-pop scene has mostly become all about Punjabi pop music, as popularised by the triumvirate mentioned above, and that is what bothers some of us and makes us long for the 90s and early 2000s indie-pop scene.

Back in the days, when music videos were a rage and Alisha Chinoy, Bombay Vikings, Falguni Pathak, Lucky Ali and Sunita Rao were all the rage, there was something for everyone in the indie-pop music. This was perhaps the major factor behind its insane popularity. You had Stereo Nation planning to dance the night away in ‘Naachangey Saari Raat‘ if upbeat ‘western’ music was your thing. You also had predominantly Indian classical singer Shubha Mudgal giving you all the feels of rainy day and romance in ‘Ab Ke Sawaan‘.

Relatability was also a major factor. It was easy to relate to a bunch of school girls getting ready excitedly for the Garba night and trying hard to look pretty and sexy with the limited resources they had at their disposal; eventually bumping into a crush-worthy dude in Falguni Pathak’s ‘Yaad Piya Ki Aane Lagi‘. Sunita Rao claiming ‘Pari Hoon Mai‘ while announcing a girl’s crush on her teacher or Lucky Ali remembering his love and cooing to the beautiful melody ‘O Sanam‘ in the picturesque setting of Egypt were emotions we have felt and situations we have lived.

Whereas Baadshah rapping about pretty girls while riding Ferraris, Bentleys and Aston Martins, is something that is not universal and only a few can relate to.

Punjabi Pop And Desi Weddings – A Match Made In Heaven

Coming to Punjabi pop, not that the 90s had any dearth of them either. Bally Sagoo, Sukhbir, Daler Mehndi, Jazzy-B all were the superstars of 90s indie-pop scene. All the jazz and bling (swag was not a word yet) was there. But they had a sound that was unique and original. They were not Punjabi translations of Snoop Dog or Kanye West, but rather a genre that took the western rap style and tempered it with some desi bhangra tadka. The sound was international, but the sensibilities were rooted in the soil of Punjab. It is perhaps the reason why songs such as ‘Gud Naal Ishq Meetha‘ or ‘Ishq Tadpave‘ have stood the test of time and are still a staple in all weddings.

Music Bands And The Indie Sound Of India

Music bands are another novelty of 90s and early 2000s indie-pop scene that we miss dearly. Palash Sen with his Euphoria, Aryans, Band of Boys and India’s first girl band Viva brought to the table a sound that was as diverse as the members of this band. Passionate musicians coming together from different backgrounds with different musical sensibilities meant the listeners had a broader representation of their tastes in music. While Euphoria chose to explore the pockets of interior India in their sensational hits like ‘Maeeri‘, ‘Kabhi Aana Tu Meri Gali‘ and ‘Dhoom Pichak Dhoom‘, Band of Boys and Aryans appealed to the struggles of youthful urban romance in ‘Meri Neend Udd Gayi Hai‘ and ‘Ankhon Mai Tera Hi Chehra‘. At the same time, Viva girls voiced the modern Indian girls who were fun and fearless with their hits such as ‘Jaago Zara‘ and ‘Hum Naye Geet Sunaye‘. It was the sound of India coming to terms with globalization and embracing the new ways of life while trying to keep the old ways intact.

One of the rivals and perhaps the eventual reason for the collapse of the indie-pop industry, Bollywood, also somehow had a fascinating relationship with the industry. While established Bollywood playback singers such as Sonu Nigam and Hariharan had a strong presence in the indie scene, KK, Shaan, Kunal Ganjawala and Mohit Chauhan were some of the imports of Bollywood from the indie-pop industry. A ‘Bijuria‘ ,’Deewana Tera‘ or ‘Krishna Nee Begane‘ was a great peek into the personal taste of our favourite Bollywood singers, at the same time our strong bonds with ‘Yaaron Dosti‘, ‘Tanha Dil‘, ‘Channa Ve‘ made sure that we paid special attention to these singer’s Bollywood numbers. It was an arrangement that worked for both.

But with time indie-pop became a stepping stone for many singers to enter Bollywood. This mindset is perhaps the reason indie-pop became somewhat of a sell-out pandering to Bollywood, losing its unique voice. The convoluted nature of the business of the music industry is perhaps also to be blamed, for they tend to support Bollywood music more than indie artists.

Any discussion of 90s and 2000s indie music would be totally incomplete without talking about the music videos. Apart from singers, indie music videos were also that gave us popular faces like Jas Arora, Malaika Arora, Milind Soman, Shyla Lopez and much more. In the absence of YouTube and online movie streaming, when we had to wait for cable channels to play the new blockbuster, music videos were like short sweet doses of entertainment that filled up the void. It was like reading a short story. We got a story, fashion trends, popular dance steps packaged with our favourite melody. But with modelling becoming a stronger industry than it was and aspiring actors finding many other means, music videos soon faded into oblivion.

However, all is not lost. The indie music genre in India is probably on the cusp of a glamorous comeback. Especially, with digital mediums that has brought a wave of parallel content that is independent of Bollywood, and enjoys an immense popularity and is a viable source of entertainment now, one can certainly be hopeful. Until that happens we can always wallow in 90s nostalgia to keep up our spirits.