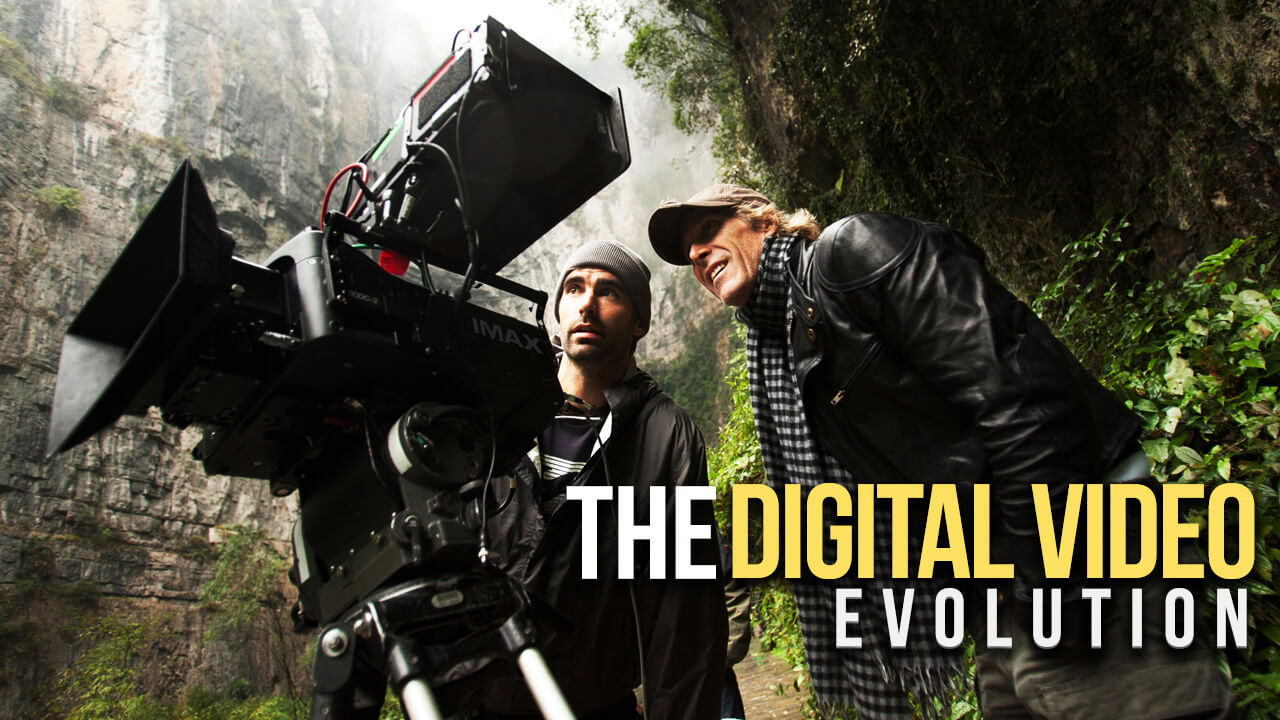 The Rise Of Digital Cameras And The Effect On The Future

When Ram Gopal Verma made a film titled “Not a Love story”, many people thought it would be his usual rhetoric, with enough sleaze and lots of Bloodshed, trying to woo his defined set of Audience. The so-called Industry experts didn’t even care when Mahesh Bhatt, so outlandishly proclaimed RGV as “Man who has Audacity and deserves a standing ovation for making an Outstanding film that raises the bar of Indian cinema“. No one really took his words seriously. But, it is sort of a pity that people working in Indian cinema came to realize those words, only after a decade when Digital media truly erupted.

The quiet, but revolutionary foray of Digital Cameras, into the world of cinema changed the very structure and format of Entertainment, in this country forever. These Young and aspiring film-makers adapted and changed the way of film-making and how entertainment is perceived, by the audience globally. They no longer look towards, on-film locations or running around film offices for opportunities and to gain experience. Instead, they are creating their own workspace and content.

With the explosion of web media on the Internet, streaming terabytes of entertainment directly to the Customer on a pay-per-view, which was earlier prevalent only in Countries like USA or UK, became possible all over the globe. The emergence of Youtube, on the global front, as a premier and most cost-effective way of transmitting the videos, has become an important tool in reaching out to the global audiences. With such freedom and definitive pathways, the makers are exploring radical and innovative themes, which were otherwise frowned upon as concepts forbidden for making into feature films.

The Start Of A Revolution – The Star Wars Effect…

It all started in the Home of Cinema, Hollywood, in the year 1999 when one of the Movie-brats George Lucas had announced that “Star Wars: Episode 2 – Attack of the Clones” would be the first film to be completely shot in Digital Cinematography. Industry Biggies Sony and Panavision collaborated together to produce the first ever Sony CineAlta Camera, with which the Star Wars Prequel was shot. Ever since then, many major Hollywood projects were shot with CineAlta, including that of High Octane VFX were filmed on this format, thus paving way for the development of a whole new generation of Digital Movie cameras.

Panavision Genesis, one other such notable mention in this Category. A High end variant coming from the house of Panavision with 1080P inclusion, had it’s own share of the run until it came down with its operational problems. With every other major player jumping in on the Bandwagon of digital photography, ARRI an industry goliath of the motion picture equipment was sort of forced to make a transition, and develop their first major movie camera in this space, Arri Alexa in 2010, after their earlier attempts. This transitional move by the ARRI, sort of ratified the entire status of Digital technology and silently declared one thing – The Digital revolution was here to stay.

The ‘Udaan’ Of Digital Media In India

Back in India, the Digital revolution started with the ever-radical Anurag Kashyap, presenting Udaan (2010). The movie, although was declared a Box-office failure, retained a cult classic status for its groundbreaking film-making, and an equally rebellious thematic. The movie which was shot completely on Digital with Canon 7D, had people mistake it for a regular Film and critics failed to capture any noteworthy difference with the usual technology. That was about the same time, Ram Gopal Verma’s infamous prediction came about which claimed that in due course of time, all the film-developing labs will shut shops and film will become an archaic and extinct species in India.

Later the Digital single lens reflex cameras, popularly known as DSLR Cameras made by Canon and Nikon made their presence felt, with a smaller body and giving the filmmaking a scope to experiment with a view of 360 degrees. Given the smaller body nature of these cameras, it is easier to carry and handle them. After it’s surfacing, the digital cameras became widespread, and the technicians also started using these for shooting Documentaries, feature film demos.

The success of these Cameras can also be attributed, to the quick invention of other useful types of equipment which added stability and eliminated other operational errors in using them. Equipment such as Steadicam, a simple grill which can be used to easily carry the camera for stability and Go Pro giving the Point of View (POV) images which were difficult to shoot before. Then came, the effervescent flycam or a drone camera for shooting shots which could be shot only using a helicopter before, but are now being shot with a simple remote operator.

Movies And TV Shows Lap Up The Revolution…

The Digital revolution wasn’t limited to only the creative aspects of film-making. Its impact on production houses was truly profound as well. The producers of mainstream entertainment like Cinema and Television, have now started taking notice of this next generation technology and metamorphosized into digital Media producers, churning out creative content and at the same time marketing their web content to prospective buyers. The buyers usually consist of industry giants such as Netflix, iTunes, HBO Now, Crackle and relatively newer players like Amazon Prime, which are acquiring most of the content, eliminating a traditionally laid down theatrical distribution chain system in Movies. The content is streamed directly on various platforms such Web TV, APP, Youtube or on their homepages, charging Monthly or Annual subscriptions fees from the customer. The content, therefore, is ready to be streamed worldwide.

After their successful run on Television, shows such as Game of Thrones, Homeland and How I met your mother, are finding a new lease on life online. In addition to the present shows, Digital producers like Netflix and Amazon are developing their exclusive content like Netflix Originals and Amazon Exclusives and HBO Original Series. As a result of the success of independent TV shows like ROME, Broadwalk Empire and Breaking Bad, major Hollywood stars are being roped in like Oscar-winner Matthew McConaughey (for True Detective) who has done various shows for HBO and NBC Universal before. By taking a cue from Hollywood stars, Indian Superstars Like Hrithik Roshan and Saif Ali Khan are venturing into web space, by agreeing to star in web- series, which are rumoured to be out in 2018. Apart from these appearances, many other prominent actors have started acting in Short films, and Independent features.

Celebration Of Films Made In Digital Format

All the major film festivals across the globe and some designated awards juries including the Oscars have already incorporated separate categories for Short films and Independent features. With the accumulation of major stars, big production houses, enhanced film technologies, and a wider spectrum of audiences worldwide, the digital space is giving a serious run for money to their theatrical counterparts. It wouldn’t be surprising to say, that in today’s day and time, it would be unwise to even try and differentiate between a short film, an independent feature or a full -length live action feature film. If we look carefully at the micro level, the Digital tech has its own set of inconveniences to offer. The problem in a storage of the data and retaining the original content without compromising is still a challenging task. With TeraBytes of entertainment loaded into the Servers, experts are still trying to figure out a cost-effective and a practical way of retaining the quality and longevity of digital content on par with the old school film technology.

In this age of Digital and technological advancement, who knows what’s in store for the future and what other wonders, movie makers are plotting to unravel and enthral the audience. With the coming of age movie technologies like 7D and 9D in viewing the movies (in the range of seven and nine dimensions respectively) pushing the audiences into the virtual space to experience the “feel of a raindrop” are in the corner. We sure can guarantee one hell of a ride into the future of entertainment, but the future is up for discussion for some other day and time.