[VoxSpace Life] Mob Psychology : How Mobs Are Taking The Issue Of Honor Killing To The Cruelest Levels 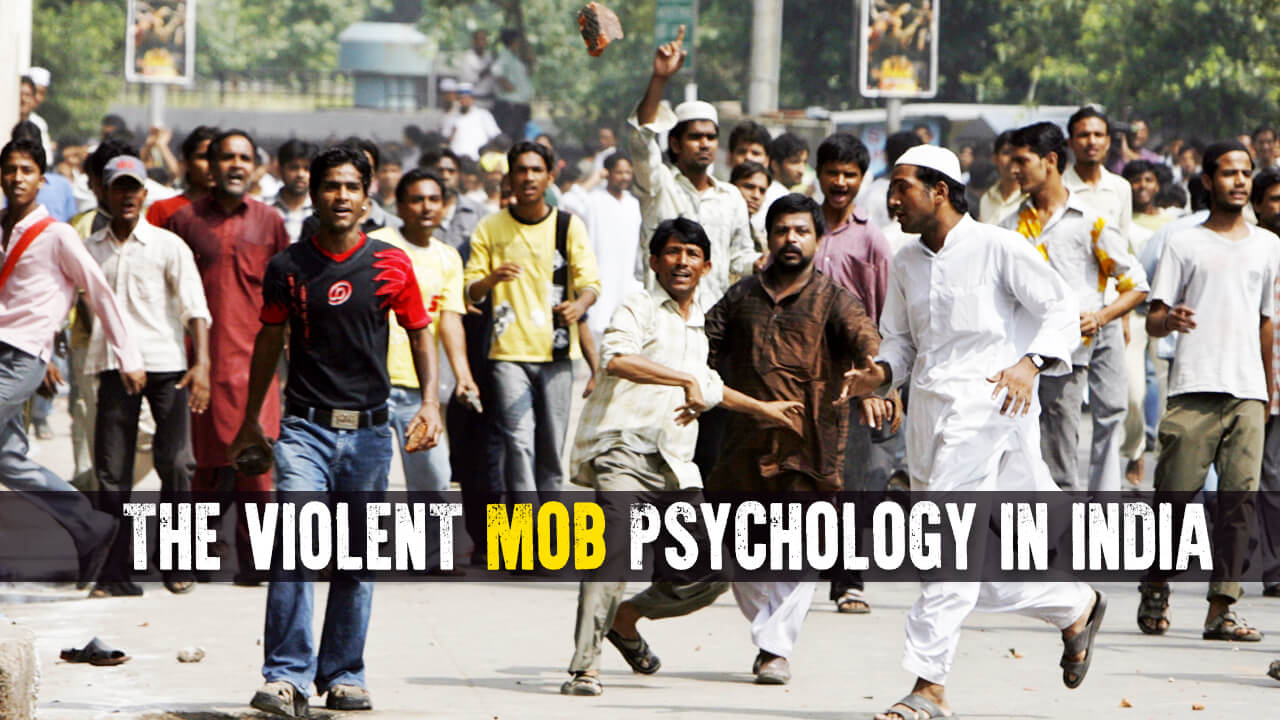 On 28th September 2015, a 52-year-old Mohammad Akhlaq Saifi was dragged out of his house and was beaten to death by an angry mob that accused him and his family of eating beef.  To an already long list of bad including the honour killing, rapes, murders etc. we now have a new low i.e. mob lynching.

In the past two years, as many as 38 people have lost their lives in almost 61 reported incidents of mob violence and lynching. A mob maddened by rage takes over the law of the land to express their dislike over something or somebody. Barbaric and brutal are the words that come to our mind every time we come across a piece of news reporting these incidents of mob lynching. The saddest part of the tale is the fact that with growing instances of mob violence the public outrage is dying, either due to the normalization of such incidents taking place or out of fear.

On June 22nd, a 15-year-old Junaid Khan was assaulted by an angry mob and stabbed to death, for being a beef eater according to the mob, in an overcrowded train as he was returning from Eid shopping. His crime was being a Muslim. A train full of people kept looking and nobody came for help as he bled his way to death. There was nobody who testified his death in front of the police. Such is the state of affairs, a fifteen-year-old was murdered in front of hundreds and nobody got punished. Similar incidents were reported from Jharkhand, Jammu and Kashmir, Gujarat and West Bengal.

The History Of Mobs – Snatching Control Over Democracy And Humanity

The history of the mob is long and bloody in India. Almost 8000 Sikhs were killed by the mobs in the 1984 riots, 1900 were killed in 2002 Gujarat riots by the mob, thousands lost their lives during the Babri Masjid demolition and this list goes on and on.

A mob has no face or name and hence nobody can be held responsible. People are raped and killed and no legal actions are taken as it is difficult to identify the ones involved.

The mob, after the violence, disperses into their normal lives but leaves the victims scarred, broken and at times dead. In the past few years, we have witnessed a sporadic increase in the number of mob violence in our country. This forces us to ask this question: are we really developing as a nation? Is development just about GDPs and numbers? What about things like peace, safety and tolerance? The world is progressing and we, as a nation, are regressing towards a more primitive and barbaric society, at least the data says so.

There are people who would want us to believe that these are isolated incidents and are accidents that happen due to the sudden uncontrolled rage of the masses and are spontaneous in nature but that would be a very naïve understanding of these incidents. One thing that is common in all of these incidents is the fact that the victims mostly belong to the Muslim community or other minorities. The other thing that is common in most of these cases is the presence of a cow, alive or dead.

Be it the attack on Dalit boys in Una on 11th July 2016, in Gujarat or the three Muslim men who were killed in West Bengal on June 22 this year or the chain of mob attacks that have been reported in the last two years, these two things are most common. These incidents can be seen as an organized attempt to marginalize the already marginalized sections and to create an atmosphere of fear within the minorities.

The Anatomy Of Rage And Anger – Decoding The Mob Psychology

The hate and rage against the minorities that we see today cannot be dismissed as a sudden phenomenon. Protracted hate campaigns to demonize the minorities have been orchestrated to show minorities as cow killers and beef eaters.

A public announcement was made from the local temple in Dadri informing the people that a cow has been slaughtered and that initiated the mob to attack Mohammad Akhlaq.

How is this not adding fuel to fire? Suddenly in the past two years, cow protection has become the most sensationalized issue. It seems as though we have won our battle against poverty, hunger, malnutrition, gender discrimination and unemployment and cow remains the only issue that has to be fought for. What is astounding is the complete silence of the government in these cases of mob violence in the name of the cow. On the contrary, we can see the legitimization that these mobs or vigilante groups have been given by the government when they are recognized as ‘Gau Rakshaks’ or cow protectors and are given official ids.

The Protectors Of Cows Cannot Also Be The Killers Of Humans?

These steps of the government provide impunity to the perpetrators and boost their confidence. Hindu right-wing forces like Vishwa Hindu Parishad(VHP) have come out in full support of this vigilante groups and have gone to the extent of saying “cow protectors are protectors.  How can they be killers? Killers cannot be protectors.” These statements show that they do not find these vigilante groups or violence spread by them wrong or inhumane.

These incidents are severe blows to the secular fabric of our country. Terrorizing and spreading hate against a certain community on the basis of what they eat and what religion they believe in is preposterous. There has been opposition to such incidents by the liberals and minority groups in form of countrywide protests called Not in My Name or the long march, aazadi kooch, organized from Ahmadabad to Una to show the opposition of the masses. Even though these protests and gatherings have witnessed huge participation of the people of India but a more organized struggle is needed to fight such hooliganism that is being promoted by the right-wing groups and shielded by the government itself. The fight against such deep rooted hatred is extremely difficult and needs both social and political interventions.

It is high time that the people organize themselves and fight such vigilantism or secular will only be a word in the Preamble to the constitution of India.