[VoxSpace Selects] Laugh It Away With These Offbeat Comedians, They’re Here To Tickle Your Funny-Bone 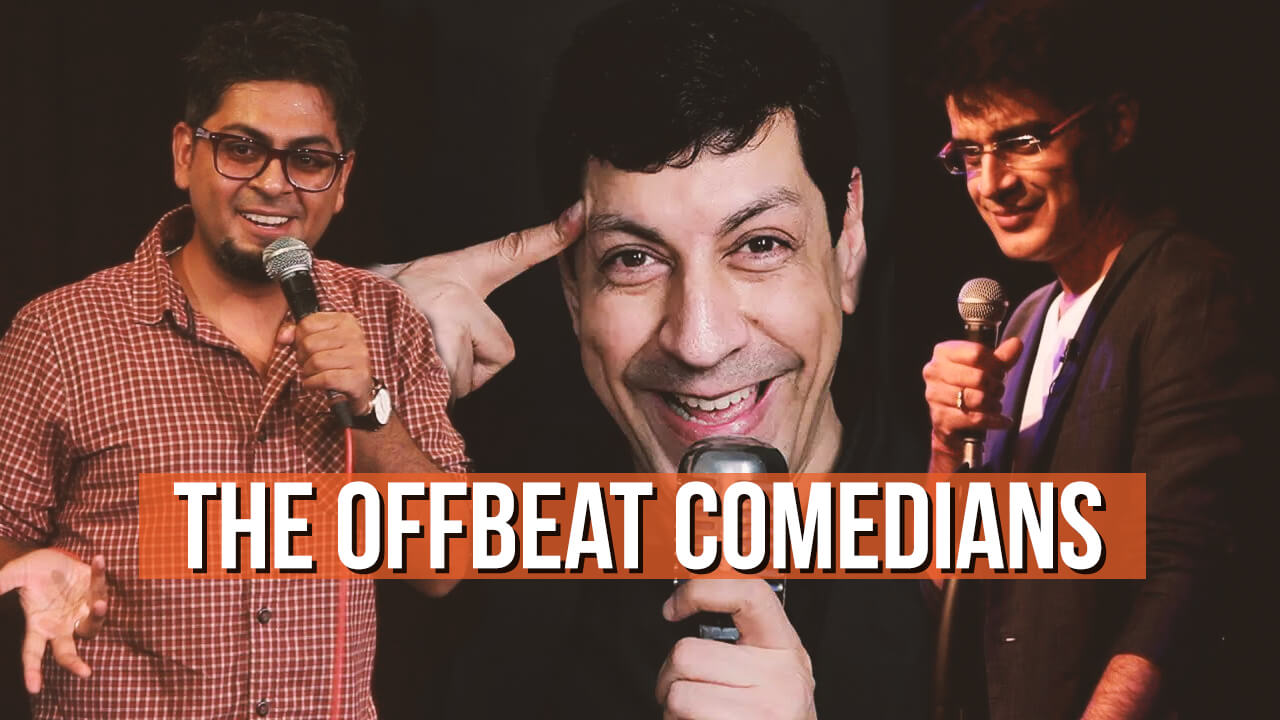 Comedians Who Are Making It Count Online

For a very long period of time comedy on screen was limited to characters in movies or laughter challenges, where people would get together and make fun of actors or throw generic jokes around, targetted to specific sections of the society. The comedy was hackneyed, droll and sometimes more mundane than funny. Even the shows were not at par with the western counterparts that we had come across, like ‘Saturday Night Live’ or ‘Whose Line Is It Anyway?’ Just like with everything out there, what I like to call, the “the millennial connect” was missing. However, with the boom of YouTube and emergence of some artist collectives like ‘East India Comedy’ and ‘All India Bakchod’ we started getting that urban relatable laugh that we had been missing so far.  Now a lot of us know about comedians that have become hugely popular over the Internet, but today’s list is about some crazily talented guys, who are, let’s put it this way, are not given their proper due despite being just as good as or even better than their fellow comedians. Capeesh? Good, let the laugh riots begin.

Rajneesh is a successful Delhi-based Indian comedian and the brother of actor Rajat Kapoor, who has been in this game since pretty long. Although his jokes do contain familiar tropes, one of the salient points about him is that they are clean. It has become almost like a staple for many comedians out there, barring a few, to veer close to certain not-so-comfortable aesthetics to garner laughs. However, with Rajneesh, it is never the case. His musings are very much universal and you can instantly connect with him. So, when he goes on a long monologue, you will find yourself nodding your head and agreeing with every bit. If you have spent a little bit time in Delhi or Mumbai, you are going to be in splits listening to his take on the entire scenario.

I Love Indian English - Stand Up Comedy by Rajneesh Kapoor

It may surprise you but a survey says if there are four people in a room at least one guy in the group will be from the IT industry. I am just kidding, but if there was any survey like this, I wouldn’t be far off. TCS, Cognizant, Wipro people are just everywhere and after going through the grind for years, one madcap came out, who wanted to pursue his love for comedy. According to him, his farewell cake had ‘hahahaha’ and when he posted a video about his ordeal among others, a gem of a comment which came across was, “Bhai jaha aapne job chhodi hai, waha meri lagwaa doge?” But ordeals apart, Chaubey-ji was right in leaving his job as an engineer for TCS and pursuing his passion. His jokes come with the buddy feel, which goes around when friends meet after a week of hard work and look at their lives and the funny things about it. Down to earth and immensely talented Chaubey is definitely the one to watch out for in the coming years.

A pass out from Delhi School of Economics and a stellar career at Microsoft India, climbing up the ladder to become Director – Interactive Entertainment Business (Xbox) and then one day, leaving it all to do comedy. Ladies and gentlemen that’s Anshu Mor for you. That age gap thing is just a myth because you will probably never find a guy in his 40’s who’s more fun to hang around with than this guy. He is self-aware and doesn’t leave the room for his brand of comedy to fall flat. Mor will keep you delighted with content that is contemporary, well thought of and is clean.

The last thing you would expect a comedian’s resume to ready is a Naval commander. But after you are over that shock you would wonder how someone with such a stringent background has this amazing penchant for humour. His comedy attracts contrasting reactions from the audience but now in his fifties Manish is okay with it and he goes about doing it with élan. However, he has his way of charming the serious lot back in his old life too, speaking to Deccan Chronicle he said, “The set of jokes that I present at the Navy Institutes are the things that Naval Officers can very well relate to because it is altogether a different environment at the academy and finding humour amidst all that is very difficult. However, we never used to miss any opportunities.” Thus his fans are both in the dry land and turbulent seas, Manish Tyagi is a powerhouse that will not slow down anytime soon.

What are Bengali’s all about? Are they all about culture, fish and sweets? If you think so, I am afraid that your hopes are going to be dashed. Yes, we are about that but we are so much more too. As a Bengali myself, I have often looked with an incredulous look on my face at how comedians from other regions look at us and describe our idiosyncrasies. It helps that we can take a jab at our self and then throw one back when needed. So if you ever think we are too artsy people to be goofy and hilarious, just go to YouTube and type Abijit Ganguly and go a viewing spree. In the end, I assure you, your view of Bengali’s would change. We will all leave under the same umbrella as hippies and smoke whatever some of our political leaders are smoking when they make hilarious comments on social forums and media.

Long live revolution and long live comedy. Drops the mike dramatically  – *comes back to get it when no one’s around*