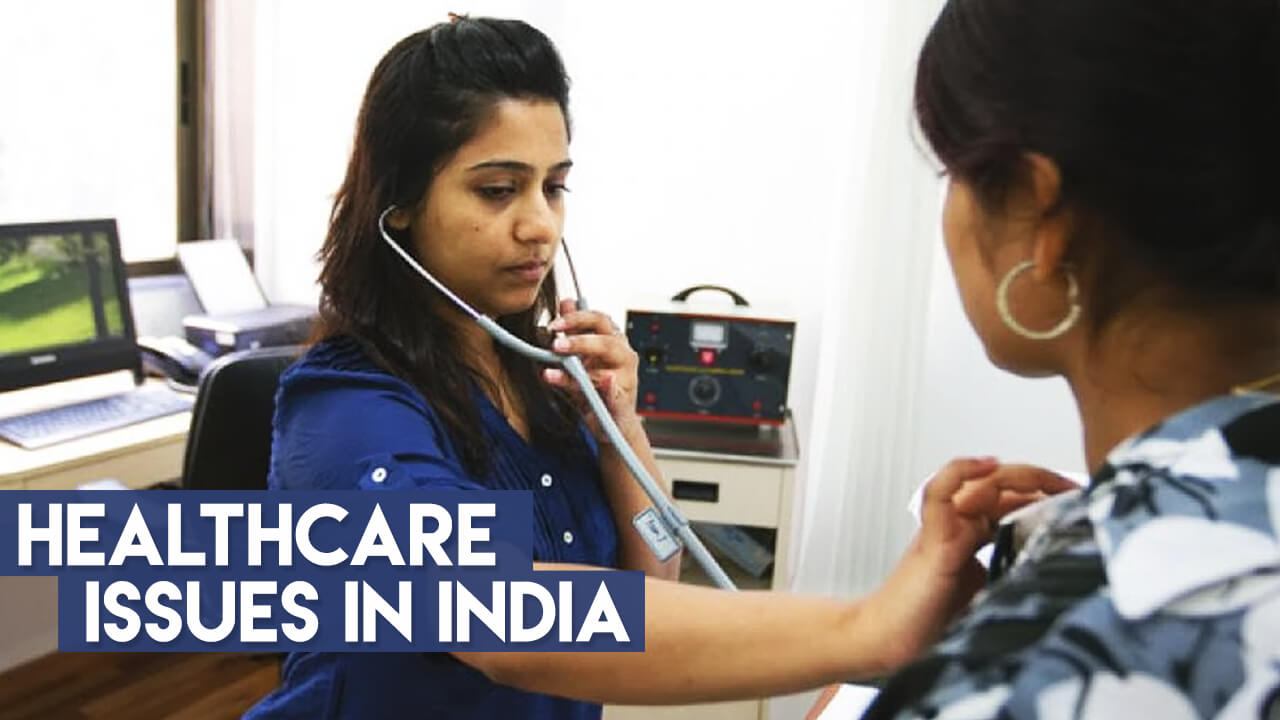 Healthcare Fallacy – The Issue Of Oversimplification

One of the primary needs of an economy is healthcare. Therefore, every year, during the budget session, parliaments across the world tend to allocate more funds to this sector, as it is pertinent to the basic welfare of its constituents. The need for proper health care and doctors isn’t lost in India; however, the irony of the entire scenario is that it is a vicious circle with no way out.

There is a dearth of doctors, therefore, there is a fall in the standards; in turn, it leads to deaths more often than you can imagine. This fuels anger, which, then, takes the shape of violence. To add to that, it also makes future generations wary of working in public health sector. Now, this might look like an oversimplification of the condition.

So let’s prod a little bit further into this issue and let’s see what we can find that helps to shed some light on it.

The current study that has been doing the rounds is one which was conducted by the medical journal BMJ Open. It shows that Indian doctors, who act as primary care consultants in the country, spend only 2 minutes on an average on a patient to diagnose his/her ailments. Two minutes! Yes, you read it right!

This small period of time, goes without saying, is extremely inadequate to examine a patient and it can put a patient’s health in serious jeopardy. Now, this might come across as a surprise to those who have not visited public hospitals, however, to the doctors, this really doesn’t come as a surprise. To them, it’s a regular thing.

“One doctor has to attend minimum 450-500 patients a day in any OPD of any public hospital. The office hours for doctors are often extended up to 2-3 hours. We do give our 100% every day, however, we are brutally overburdened. Even the interns are made to work 48 hours at a stretch,” said one house staff at R. G. Kar Medical College and Hospital, Kolkata, West Bengal, who didn’t want to reveal his name.

The Sorry State Of Affairs In The Out Patient Department

In the OPD (Out Patient Department) of a public hospital it’s almost a common affair for a doctor to treat two or three patients at a go; therefore, going to the trouble of conducting a physical examination is, of course, too much to expect. The easiest way to go through it is to just ask for their symptoms, issue a prescription and send a prayer up in the sky that they don’t get worse. Sounds inhumane? Maybe, but imagine being stuck in a corner, where you can’t ignore a patient due to your Hippocratic oath and neither can you spend more time on a patient because your hospital is perpetually short-staffed and there is no way if someone will come to pick your slack.

Dr Subhajit Das, the Medical officer (RBSK), Govt of West Bengal, department of health and family welfare, puts forward what actually goes around in the hospitals,

“There is a scarcity of doctors and sometimes a doctor has to serve too many patients to deal with in less time. This hampers the quality of the treatment, which is a total injustice to the patients who come to getting their relief. Moreover, there are many practitioners, who are attached to private practice so they have to give time their also, hampering his scheduled duty timing. Also, the medical representatives, who visit the doctors also cause distractions during OPD hours.”

The Occupancy And Inadequacy Of Hope

“Most of the nights we have to treat patients lying on the ground floor. The total number of beds, even with twin occupancy, are inadequate if the patient rush gets a tad bit severe. To add to that, we have ‘dalal raaj’ problems, where patients are given beds by touts, who roam around in the hospitals. There have been repeated warnings against those enlisting their services but people, who come from the lower tier end up falling into their traps”

From the government’s end, things don’t look that bright either. While our population is increasing by millions, according to an HT editorial, there are only 462 medical colleges in India that churn out 56,748 doctors per annum. If the math doesn’t add up here, I don’t blame you.

Indian Journal of Public Health says that the country will need at least 2.07 million doctors to bring a little bit of stability into the system. Right now, the reality is scary as indicates a WHO-2014 study. It says,

“As per the availability of practising doctors in India for 2014, the latest year for which data are available, there were 600,031 doctors available for practice in India in 2014 to serve its 1,239 million (1.239 billion) population with a doctor-population ratio of just 4.84 per 10,000 people in contrast to the government data.”

In simple words, we don’t have enough doctors to literally save our lives. While there is a huge demand, the supply is limited and it will lead to more incidents that are prevalent unless the government takes active participation to alleviate the issue. The doctors are overworked, the patients are overflowing, the infrastructure is baulking and at the end, the nation is standing at peril.