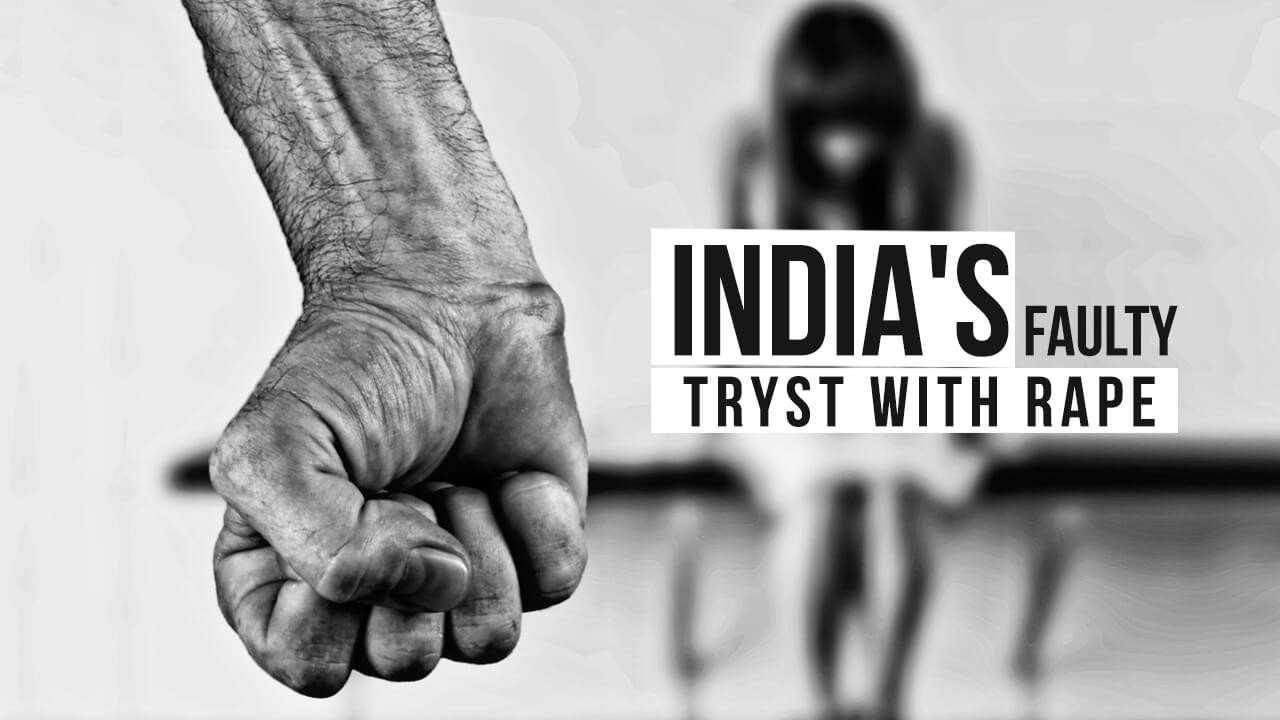 A Broken Systems Of Judiciary – The Rape Desensitization

No matter what politicians love to portray, rape is not a phenomenon that has reared its ugly head in the recent years. There have been cases, strewn all across India, which were not reported, even if they were, most of them were closed after few days. However, the nation finally stirred from its slumber on a cold December morning in 2012, when a woman in Delhi was gang-raped and brutally murdered. The 23-year-old was assaulted by six men, in a private bus, who later, with the help of an iron rod, pulled out her intestines. The fact that this incident took place in New Delhi, the nation’s capital, agitated the masses. The government sprung into action and the parliament finally rallied to amend its outdated laws and add new categories of offences pertaining to violence against women.

India was assured that if there was a mistake earlier, this time around it has been rectified. Sushilkumar Shinde, who served as the Home Minister at that time, said – “It will create a revolution in the country.” Five years have passed by, has there been any revolution? Your guess is as good as mine.

Yes, it’s true that there are laws but what use are laws if there is no implementation or the victim can’t even approach it crossing the tiers of social stigma and inequality that stands as a wall in front of her? Then the exercise becomes nothing less than a façade; a veneer over the ugly truth.

In tier II and III cities, rape is the fault of the victim and not of the perpetrator, unearthed a study conducted by the Human Rights Watch, titled “Everybody Blames Me.” You can argue that things have come a long way since 2012. There were only 24,923 cases reported in 2012 while in 2015, the numbers rose to 34,651.

However, you should also bear in mind that this only translates into how many of the rape survivors have actually managed to lodge a complaint to seek justice and not into the actual amount of rapes that took place in the country.

Anjali Dave of the School of Gender Studies states, “Rape is still constructed as women’s shame and there are so many social barriers for women to talk about it.”

Several experts estimate the real numbers of rapes to be much more than what the official government data reveals. Why don’t they surface can be attributed to several reasons: As per the law, a case of rape or attempt to rape should be documented by a “trained” and “female” police officer. The testimony of the survivor should be taken and her statement has to be videotaped.

The case needs to be presented to a judicial magistrate on an expedited basis and the amendments, made on the wake of Nirbhaya incident in the Code of Criminal Procedure, say that police CANNOT shirk from registering a sexual assault complaint and would court an imprisonment of up to two years if found guilty of the same.

However, the Human Rights Watch’s study noted that despite such provisions and punishments in place, the police often tend to bypass the process. There is reluctance in the filing of an FIR aka First Information Report, which is stronger when the victim hails from an economically weak or socially marginalized section of the society.

They are coaxed to reach a “settlement” or make a “compromise” so that, the entire procedure can be avoided. The pressure increases manifolds if the assailant belongs to an affluent or powerful community.

The Role Of Human Rights Watch…

In the Lalitpur District of UP, on January 30, 2016, a 22-year-old Barkha and her husband were attacked by three men. While two subdued her husband the third assailant raped her while abusing her with caste slurs. Barkha mentioned to the Human Rights Watch that since the main accused was a local leader of the ruling political party, the police were reluctant to lodge a complaint or take any action. After eight months, her FIR was finally taken by the police but by that time the prospect of having justice had turned too bleak. Barkha and her husband had to flee their village.

“How long will we be on the run like this? Not able to see our family, our homes, our village? The entire family is scattered. The police do not want to investigate the case. We weren’t able to stay in the village because they [the accused] are ready to kill us and the police did not take any action against them. We also went to the village headman, but he didn’t listen to us either. There’s no one for us.”

In another instance, mentions the study, a rape survivor said that she and her father had been detained, beaten and threatened by the police itself. Madhya Pradesh state police didn’t even give her a copy of the FIR. When she returned the next day, her father was detained. She was asked to say to the court that the complaint she had filed was false and that her father had made her do it. The intimidation tactics worked and she had to provide a false statement to the court. She has since filed an appeal mentioning the intimidation but her case is in a limbo.

Human Rights Watch also noted that in certain pockets of the country, before the victims can manage to appeal for justice, judgment is levied on them. These are passed by kangaroo courts created by Khap Panchayats. Most of the times, the judgment follows one simple line, “Keep your mouth shut, or you and your family will face social exclusion.”

A Basic Education Of The Crime Of Rape

Not adhering to this judgment means a complete cut off from basic amenities, such as water or rations; no trader sells products to them and no one from the village talks to the victim or her family. These councils hold significant clout and the police or the local politicians often turn a blind eye to these, as they don’t want to get involved in the matters, which might lead to vindication or loss of votes, respectively. In these councils, judgments are rarely in favour of the victims. They are seen as the ones, who initiated the incident.

For example, The Human Rights Watch was told by Sube Singh Samain, the spokesperson of Sarv Khap Panchayat in Haryana, “One man can never rape a woman without consent. Sometimes in a consensual relationship, things go bad and then they take the name of rape.”

The hospitals are yet to be brought up to date on how to handle rape victims or how to conduct tests on patients, who are going through physical and mental trauma. What’s worse than the tirade of victim blaming is that many a time the victims are pegged to be liars and the whole “rape” to be a fabrication of their minds. The methods, which are used to determine the extent of the harm done, cross every possible human standard of decency.

For example, in Rajasthan, the hospitals still have a column in their medical sheets, which require the doctors to take a “two-finger test”. A finger test involves sticking two fingers inside the vagina of a patient to determine the damage done to the hymen, which is used as the detriment to finding out if she has been really raped or not.

In several hospitals, it has been discovered that the newly issued guidelines or forms of checking these patients have not been used. Most of the establishments blamed it on the lack of awareness, on the news documents being tedious and the lack of Internet connection. The resident medical doctor in the Hisar district mentioned, upon being asked by the Human Rights Watch, that “the government proforma is long. The internet doesn’t always work, then sometimes the printer doesn’t work, so we mostly use the old manual forms.”

Even if a proper examination is carried out, several times the questions that are asked to determine whether it was a rape or not, are ignorant, to say the least. A senior gynaecologist informed Human Rights Watch during its study that “the police always ask us whether forceful [sexual] assault has taken place, whether semen is present. They haven’t been trained and that’s why they ask such questions. For the police, sexual assault is only [penile] penetrative.”

There is a maxim – “Justice delayed is justice denied.” However, in case of India, it seems like the justice is either delayed to an extent where it can be denied or it is denied until the delay makes seeking justice a futile exercise. There is no point in talking about change if it doesn’t trickle to the grass root levels.  There is no point in making amendments to the law or change the law itself if the pain of people can’t be alleviated. Should we lose faith then, if no then why not? Should we wait, if yes then until when?

Related posts:
[VoxSpace Selects] Game Of Thrones S8EP1 Spoiler Review : An Episode Full Of Exposition And Reunions
[VoxSpace Life] Urvashi Goverdhan - Not Another Beauty Queen
The First Trailer Of SpiderMan : Homecoming Is Here And Its Awesome..!!