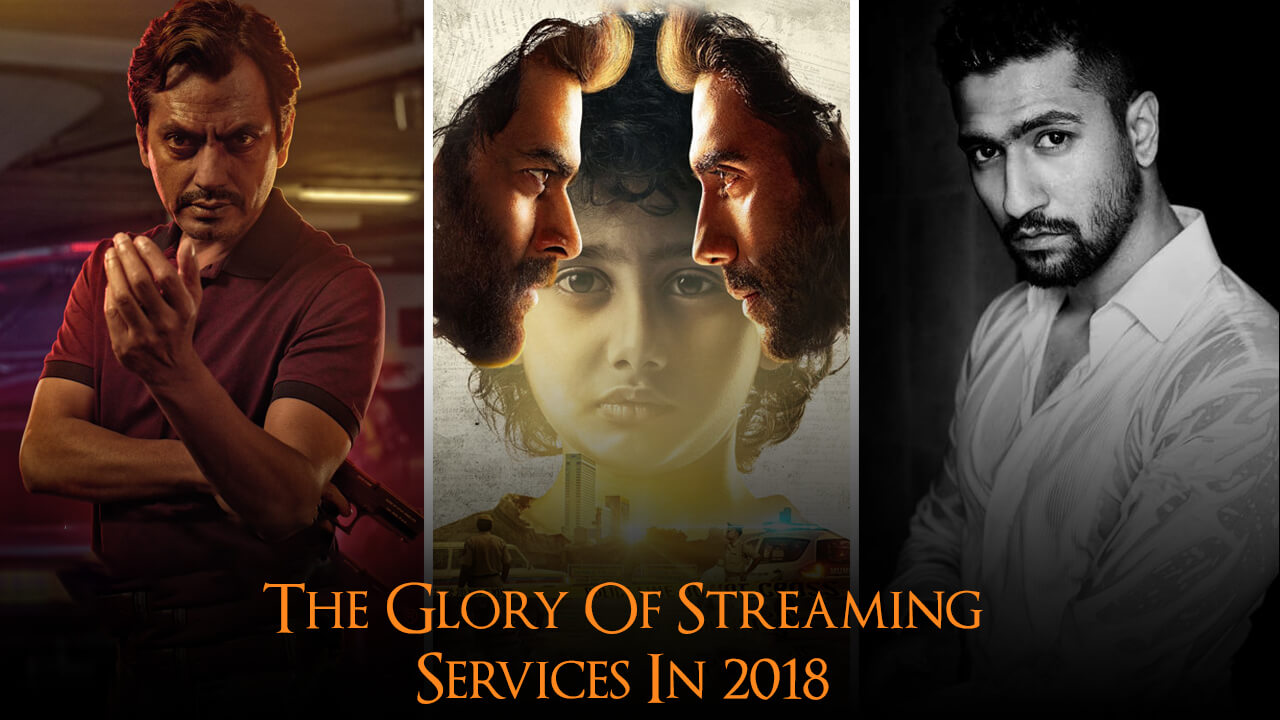 The Advent Of Streaming Services In HD Over Smart Devices…

Most of us won’t admit it but we all had our fair share of going through torrent sites in order to get a hold of our favourite movies, sitcoms and other stuff for free. Now, most of us did it for the obvious reason; but over time things turned into more of a necessity here in India. Although most of us would happily shell out a reasonable sum of money in lieu of an HD version of the TV series and movies; there were simply no ways to access it.

We couldn’t Netflix and chill because it was not available in our country for a long period of time and there were no Indian substitutes either, to help us out. So, we had to, grudgingly or not, indulge in piracy. However, this was the story of yesteryears. The time has changed a lot since then and now we are spoilt for choices; that too, to a degree where we have stopped going to the movies and even to the seedy torrent sites. How was this miracle achieved? Well, through the boom of the OTT video streaming market in India. Now, this market is edging close to the traditional viewing patterns and may, in a few years, make them redundant.

The Jio TV, HotStar, Amazon Prime And Other Streaming Influences…

Let’s break it down a bit. The demand for content can be broadly segregated into two parts -- the television soaps and the movies. Two significant changes have taken place in the last few years. First is the rise of the extremely cheap Internet, thanks to the telecom war triggered by Reliance Jio, and second is the influx of smartphones at competitive prices by several phone makers. Armed with almost-free-Internet on multimedia phones, people’s need for content on the go has piqued. This is where the OTT players come in. The market is growing and the spoils are huge. A Counterpoint Research report points out that there has been a 35% year-over-year increase in this segment and the 100-million-subscribers-strong Indian market has currently been valued at a whopping $280 million.

Riding this wave high is Hotstar, which has managed to accrue 75 million subscribers. It is being closely tailed by Voot with 15 million subscribers and next in the line is Amazon Prime Video, which managed 11 million of them. Sony LIV has bagged 5 million subscribers as of yet and, the last but not the least, Netflix presently has 5 million Indian subscribers in its kitty. One of the reasons for Netflix, which enjoys a worldwide clout, being a tiny player in India is the fact that subscribers here are still not ready to part with their money (especially via credit card, which is still not a very common thing to Indian users) and are more comfortable with a free or ad-showing platform.

The War Of OTT Players And MovieGoers’ Better Alternatives…

In 2018, the challenge would be to create or curate unique content, which are enticing enough to bring these subscribers under the paying umbrella. OTT players are, therefore, hustling to bite into the two traditional media content streams; hoping that this would be enough to tilt the odds in their favour.

Now, the number of moviegoers is already thinning out, as people are getting more accustomed to consuming content at their own convenience rather than brushing shoulders at a crowded movie hall with a bunch of strangers. Preying on this space, the OTT players are revving up their act and are sometimes releasing movies on their platform even before they have finished their entire run at the theatres.

The time is ripe for exclusive tie-ups and shakedown deals; for example, Amazon Prime has acquired the digital rights of Salman Khan’s movies and they are releasing it on their platform before it makes its route to the television screen. Therefore, Tubelight and Tiger Zinda Hai had a Prime first release. They also acquired critical hits like Lipstick Under My Burkha and Arjun Reddy. Also, the much controversial Pamavat(i) and Rajinikanth’s 2.0 will get to see a digital release on this platform first and will see a television release later.

Hotstar also has tricks up its sleeve, owing to a multi-year deal inked with Disney India, they got titles such as Star Wars: The Force Awakens, Finding Dory, Moana, The Jungle Book, Doctor Strange, Captain America: The Civil War and more. Now Disney has taken over Fox, the deal has sweetened even further. Hotstar’s drive has also led to the creation of something they have dubbed as CinePlay, where they are taking theatre plays and playing them out as movies under their “Originals” sections.

Another one galloping on this train is Reliance Jio with its assortment of Jio cinema and Jio TV. What is the cherry on the top of it? It’s free. Reliance Jio has also inked a multi-year deal with Siddharth Roy Kapur’s production house, which is supposed to come out with long and short-term content that will be exclusive to the platform. Kabir Khan, Sujoy Ghosh and Vikram Bhatt are also eyeing to make such deals in the near future.

Netflix is also waking up to new avenues. While Amazon Prime has Salman Khan, Netflix has found their messiah in Shah Rukh Khan and his Red Chillies Entertainment. It will work on streaming six original productions, exclusively for the Indian audience. Add to that, they also have Ronnie Screwvala’s Love Per Square Foot releasing exclusively on their platform this year and not in theatres.

The Streaming Services Are Thinking Beyond Movies…

If movies won’t seal the deal, the OTT players are trying to inject stars into the format that the content hungry generation is accustomed to. If the previous year had the much appreciated Rajkummar Rao as Netaji Subhash Chandra Bose in “Bose: Dead or Alive” and “Inside Edge” had Richa Chaddha and Vivek Oberoi; this year has already started with “Breathe” starring R. Madhavan and Amit Sadh. This will be followed by the streaming of Nawazuddin Siddiqui starrer ‘McMafia‘. ‘Sacred Games‘ by Saif Ali Khan, which is being helmed by Anurag Kashyap and Vikramaditya Motwane for Netflix, is also there in the queue. Anupam Kher’s series on 1971 India-Pakistan War will also see the light of the day this year.

While it is estimated that the movie audience will thin out, the hunger for entertainment will, most certainly, not. Thus, 2018 will serve as a pivotal year in Indian entertainment space. Unless it’s really a grand affair, getting a crowd to the halls will be a tough job. With OTT players breathing down heavily on the traditional industry, with national and international television offerings, high original content and movie releases within 2 weeks of their theatrical release; the game is unequally balanced, to say the least.