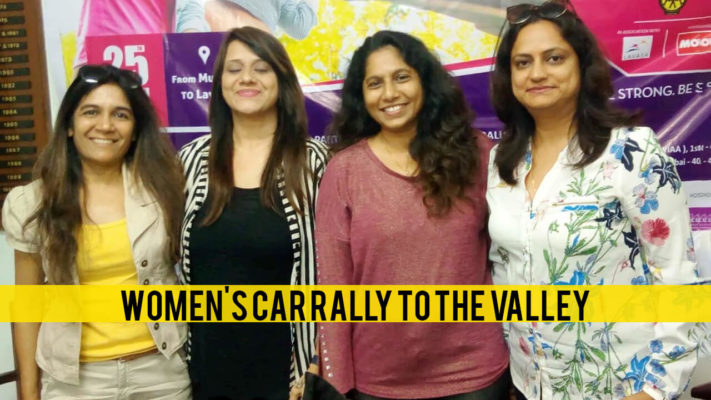 The much-anticipated and hugely-successful “Women’s Car Rally to the Valley” will be held on Sunday, 25th March 2018. This car rally is being organized to spread the message of women’s safety and to celebrate International Women’s Day. The immensely popular annual event, being organized by the Western India Automobile Association (WIAA) in partnership with Lavasa City, and is presented by JK Tyres and is powered by Motul  -- is expected to see participation from a total of 800-1000 women across the city and almost 200 cars as well.

The 10th edition of this all-women car rally will commence from NSCI, Mumbai at 06:30 am and proceed through the city’s major landmarks such as Haji Ali, Peddar Road, Chowpatty, Marine Drive, and Churchgate before concluding at Lavasa City, near Pune.  A team of celebrities will be present at key points throughout the route of the rally to encourage the participants. The women drivers will be ensured a smooth ride, with safety volunteers to be stationed throughout the route.

“Since WIAA’s prime focus is creating awareness in society about road safety, we have now taken the initiative to create awareness about women’s safety on roads, in public transport and in public places.”

The Plans Of International Expedition

Mr Dossa also announced the 1st international expedition with all women driven cars in the month of October, and the flag-off will be done from Guwahati, Assam. This would be a 15-day rally from India to Thailand traversing through picturesque Myanmar and culminating in Sukhothai, Thailand during the 2800 km journey. This would also include motorbikes, with the surge in women ridership in India. All details can be procured at WIAA.

Parul Shah, a participant who has participated in all the nine editions of the Women’s Car Rally to the Valley said, the importance of reaching the destination was not about speed but timing. “If we drive fast and reach before the slated time then we are penalised. Even when reaching late we are deducted points. Hence, timing the entire race is very important,” said Shah.

“Women – whether as Mothers, Sisters, Daughters, Friends or even as individuals and gender groups – have an important role to play in everyone’s life. While they have an important role to play in the running of families, a number of Indian women have also made the country proud with their achievements. The participation of women in most fields has increased significantly in the last few decades in India. From politics to the corporate sector, and from education to sports, women have not only matched up with men, but they have shown better participation and performance. With their contribution so significant to nation-building, it is a national irony that their safety is still not guaranteed in the country. Our rally aims to give voice to women’s safety concerns.”