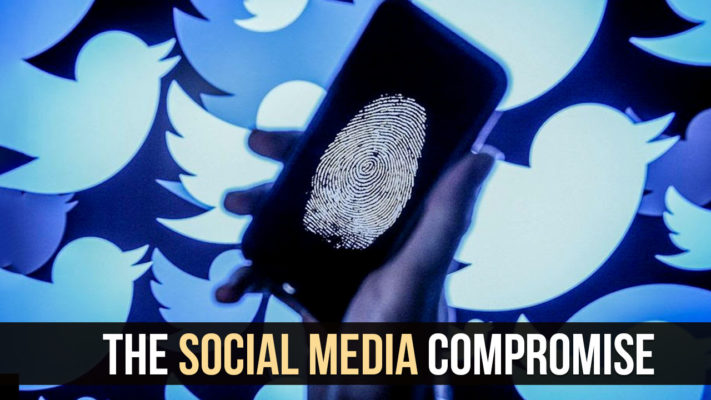 The expansion of the internet led to the rise of a social community on the internet for connecting people and sharing their experiences. With this trend, we started creating our profile and posting our day to day activities. But too much knowledge out there can be dangerous too.

Facebook has become the biggest platform today with over 2 billion monthly active users. We share our pictures, emotions, the places we go to and wish to share every moment of our life. It has become an essential component of our life. But sometimes instances like people posting someone else’s picture without their consent and sharing a location can erase the whole of our privacy.

All social media platforms like Facebook, WhatsApp and Instagram store our messages and posts. The problem emerges when it falls into the hands of hackers who can access and manipulate our account. Today data is the new currency; it is used by companies to advertise their products by reaching people through this data. For instance, data of an American is worth 10 rupees and that of an Indian is around 30 paise and this is sold by hackers.

On 17 March 2018, The Guardian reported an information leak by whistleblower Christopher Wylie, an employee in Cambridge Analytica, that it had breached data of more than 50 million users. Cambridge Analytica, a company partly owned by American Billionaire Robert Mercer used this data to influence major elections in Kenya, Nigeria, India and most prominently the 2016 US Elections.

The data theft was made possible due to a Facebook bug that granted rights to Third party developers to allow login and access to various sites through Facebook in 2014. Since then, the company has collected data of about 87 million users according to latest updates. A vast portion of this was 70 million US citizens with 0.56 million Indians.

Cambridge Analytica was built for Donald Trump’s campaign back in 2014. Dr Alexender Kogan, a psychology professor at Cambridge University, was paid by Cambridge Analytica to develop an app named this is your digital life, to harvest data of Facebook users. This app was made to collect data from Facebook users, which accessed the user permission and collected data from a user including what they shared, liked and watched. Then all this data was sold to Cambridge Analytica. The company further accessed data of more users and started creating their personality profile. These people were shown posts which targeted their innermost fears, needs and emotions, and the same was used for Trump’s campaign. In this way, it created a mass of people who were supporting Trump.

Cambridge Analytica is now charged with not only data theft but also for influencing the Presidential elections. This data theft is one of the biggest in the cyber-history and further challenges the safety of internet users. In this case, Facebook has become a victim caused by its own mistakes.

Today Google and Facebook have a total share of over 20 percent of all advertisement expenditure of companies. These companies are growing bigger and storing much more data than we can ever imagine. Social media is tracking our every move which can be dangerous considering the fact that it can manipulate the decision-making process and spread false news. These platforms can only be on a safer side when its user’s privacy is protected and false practices are stopped.

One thought on “[VoxSpace Tech] The Social Media Circus : How Our Data Stored By Social Media Is Highly Dangerous?”