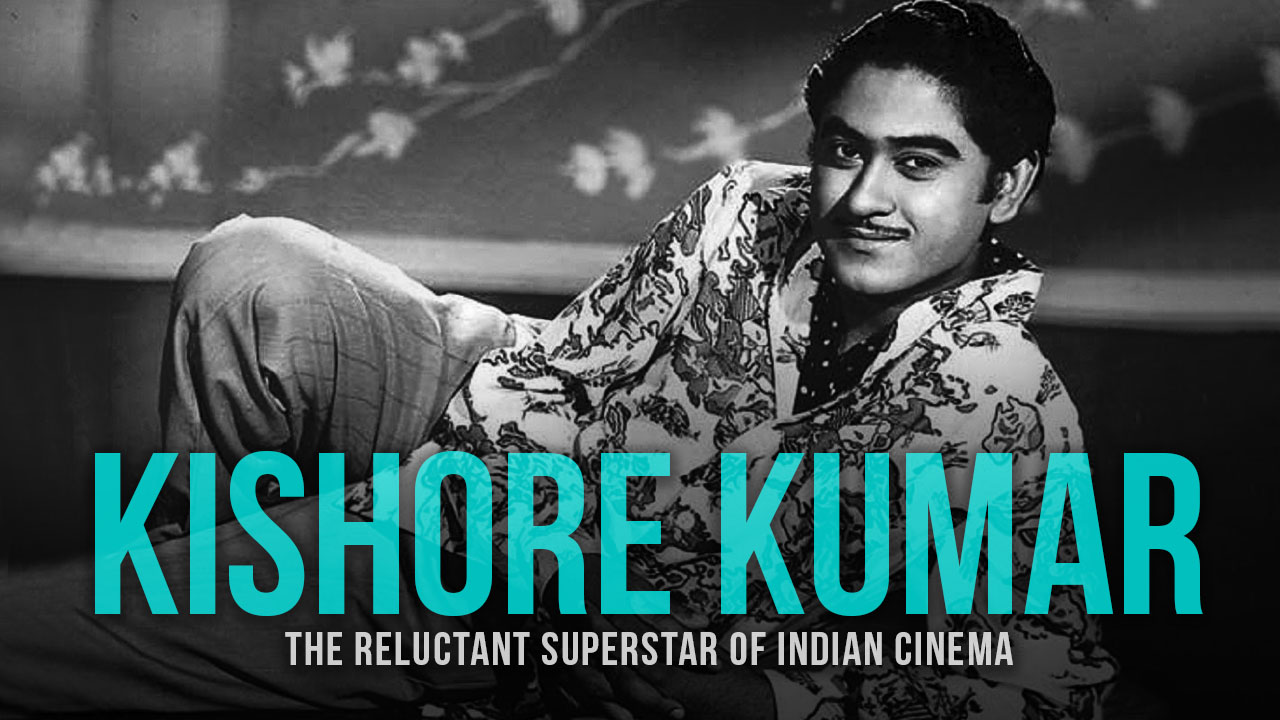 Do you know what yodelling is? Well, it’s a singing style that involves a rapid change in voice pitch. Still, no idea what I am talking about? Let’s pick up any Kishore Kumar song and it will help you out. If you pick most of the Kishore Kumar songs, you will notice that he never starts the song right away; rather there is always a “Hey..hey…hey…” or “Yodel-ay-ee-oooo.” Even if these are not at the very beginning, they will surely find a way somewhere in the song. Here are some selected clips of the same.

Abhas Kumar Ganguly or Kishore Kumar is known as the greatest entertainer that Bollywood ever saw and rightly so. He received eight Filmfare awards for his songs, which is the most credited to someone till date. The only person who came close was Kedarnath Bhattacharya or better known as Kumar Sanu, who managed to bag five of them. Interestingly enough, a big reason for Sanu becoming famous in the nineties was the fact that he had a Kishore Kumar-like voice.

We can go on and on about Kishore Kumar’s singing prowess and how someone who had no formal training went on to become the voice of all the leading stars of his era and remain popular to date.

In retrospective, his 3,000 songs spreading across more than 1,200 odd films had garnered him more success than the 90 films that he acted sporadically during 1946-1990. Now the shadow that loomed over him was also quite intimidating. He was, after all, the brother of another Bollywood icon; the one and only Dadamoni, or Ashok Kumar, as the world knows him as. Ashok Kumar was the one, who introduced natural acting to Indian cinema – a statement endorsed by many critics. However, his brother, no matter how reluctant in becoming an actor, brought in a kind of madness and effortless suave that is yet to be paralleled. The fact that he was an acting legend’s brother might have opened gates for him. It also made him do something that he was never into. What made it worse for him was that some of his movies did work well, adding to the insurmountable pressure that he was already in.

The Madness Which Was Kishore Kumar

Therefore, Kumar’s on-screen dynamism was often paired with this off-screen madcap behaviour. Although it caused much grief to his directors, looking back one can only say that it added to his larger than life persona. So, how eccentric was the man? Well, once upon seeing ‘masoor dal’, he decided to drive off to Mussoorie and I am not joking! His practical jokes were overbearing. Once he shaved off his head partly and appeared on the movie set. His justification was that since the producer had only paid part of his fee (for acting in the movie), it is only fair that a “half Kishore Kumar” should turn up for work.

One would expect that it was a moody tantrum of an erratic actor. The truth cannot be far from it. In a scathing piece, which he wrote for Filmfare back in January 1957, he unabashedly lampooned the entire industry. The article’s subheading read – Filmdom’s top clown turns the broadside of his devastating wit on “this acting business.” The article begins with the declaration, “As I see it, the actor’s business is a greatly over-rated one. Not for a moment forgetting that I am an actor myself, I say this.”

This cranky mood continued and it took a turn towards the worse over the years. In April 1985, in an interview with Pritish Nandy, for the Illustrated Weekly of India, showed how he got into the entire mess. He said in the interview that his brother’s shadow always loomed and also the directors persisted that he should act.

“I was conned into it. I only wanted to sing. Never to act. But somehow, thanks to peculiar circumstances, I was persuaded to act in the movies. I hated every moment of it and tried virtually every trick to get out of it. I muffed my lines, pretended to be crazy, shaved my head off, played difficult, began yodelling in the midst of tragic scenes, told Meena Kumari what I was supposed to tell Bina Rai in some other film – but they still wouldn’t let me go. I screamed, ranted, went cuckoo. But who cared? They were just determined to make me a star.” A strange predicament all “because I was Dadamoni’s brother. And he was a great hero,” said Kumar. Even if his heart was not into it, he did achieve a level of success. “There were so many films I was doing in those days that I had to run from one set to the other, changing on the way. Imagine me. My shirts flying off, my trousers falling off, my wig coming off while I’m running from one set to the other. Very often I would mix up my lines and look angry in a romantic scene or romantic in the midst of a fierce battle. It was terrible and I hated it. It evoked nightmares of school. Directors were like school teachers. Do this. Do that. Don’t do this. Don’t do that. I dreaded it. That’s why I would often escape,” added the superstar.

He also got scared of good roles. He was approached by Satyajit Ray for Parash Pathar, a timeless comedy classic, but he ran away from it because he was scared of Ray’s trust in him that he would be able to deliver.

Another quip in the passing – he had loaned Ray five thousand rupees, as Ray was under severe financial strain while trying to complete “Pather Panchali.” The movie, that put India on the map of world cinema, owes a little bit of gratitude to Kishore Kumar too.

He also missed out on another classic movie. Anand, which is etched in the memory of every cinephile, was first offered to Mehmood and then Kishore Kumar, but it later went on to Amitabh Bachchan and Rajesh Khanna, following their refusal.

The Stellar Career Of A Reluctant Actor

Even after all that, Kishore Kumar managed to make himself a part of the multihued fabric of Bollywood cinema. The reluctant actor acted in movies that are still considered as a memorable watch. These movies include Half-Ticket, Mr X in Bombay (one of the earliest sci-fi movies in Indian cinema), Door Gagan Ki Chhaon Mein, Chalti Ka Naam Gaadi and my all time favourite, Padosan, where he plays Sunil Dutt’s mentor and lends him his voice so that he could woo Saira Banu.

Perhaps, over the years, Kishore Kumar hoped that his acting career would become a faint memory to the audience and they would only remember him as a singer; as he would have liked himself to be remembered – carving a separate identity from himself and not giving in to the trap that engulfed another member of the Kumar family, Anoop Kumar.

It remains a conundrum even today. While he would do everything, throughout his lifetime, to sabotage his acting career, his performance as an actor wouldn’t let history forget this chapter.