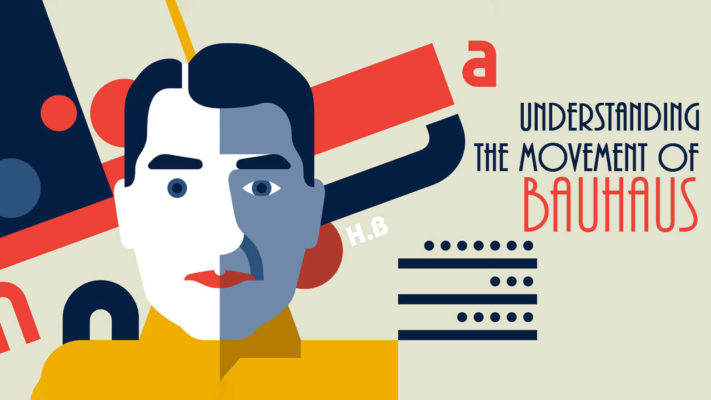 Bauhaus At 100: Tracing The Century-Long Journey

Over the years, the Bauhaus movement has become synonymous with a number of things: glass walls, right-angled buildings, avant-garde art, and geometric patterns, among others. Though the Bauhaus was a short-lived movement, which marked its heyday, its impact has lingered on for a century. One of the most celebrated movements of all times, it has influenced generations of artists, designers, and architects. What started as an attempt to re-imagine architecture, soon transitioned into a philosophy.

The word ‘Bauhaus’ could be literally translated as ‘building a house’; it had its roots in Germany and travelled places, from Weimar to Dessau to Berlin. During its short period of stay from 1919-1933, the Bauhaus transformed the way people viewed design. In 1933 it had to shut down due to escalating political tensions. 2019 marks the centenary of the movement which tried to refigure the contours of architecture and design but was in no way confined to it.

It is unimaginable to talk about the Bauhaus without bringing in references to Walter Gropius, an architect, who was not only the founder but also the longest-serving director of the Bauhaus school.  He was largely responsible for shaping it in its formative years and launched the manifesto of the Bauhaus in 1919.

At the time of its conception, the aim was to unify the diverse arts along with technology. Thus, it could easily synthesize the applied arts and fine arts. Architecture, design, painting, typography, weaving, metalworking were practiced in unison. In doing so, it successfully did away with the split between the craftsman and the artist, which was in fact consciously chosen as one of its objectives. This paved the way for experimentation with material, technique, and form. It was distinctive for its treatment of art. Gropius advocated the use of technicality and creativity, ensuring that the Bauhaus style conflates form and creativity.

The school spawned a whole new generation of art-practitioners who were required to undergo formal training as students, and they would partake in the crafting of mass-produced items, such as furniture, chairs, chess sets, door knobs, lamps, teapots, carpets and rugs to name a few. Apart from the mass-produced items, there was a steady rise in the number of posters, paintings, and typefaces, designed in the Bauhaus style that gained currency due to its minimalism, devoid of ornamentation.

Therefore, minimalism and functionality became the defining features of the Bauhaus style; perhaps, these were the qualities that boosted its enduring appeal and helped it to build a legacy of its own. But, it also meant other things: a certain kind of homogeneity in the art (especially in architecture), gnawing doubts about its execution and the fear that it might turn out to be a complete utopia.

The Masterpieces Of Bauhaus

The Bauhaus produced some of the most iconic masterpieces. The Wassily chair, for instance, is a classic example of the minimalist style. It was designed by Marcel Breuer and has remained one of the all-time favorites. Made of tubular steel, it exemplifies the Bauhaus style. Similarly, the Bauhaus lamp, designed by Wilhelm Wagenfeld, reflects the economy. Another interesting piece that attracts attention is the Bauhaus chess set designed by Josef Hartwig. He redesigned the conventional and more regular chess set by replacing it with pieces that were self-defining. The pieces were symbolic indicating the directions in which they moved.

Paul Klee and Wassily Kandinsky, who were appointed as art teachers by Gropius, worked to popularise geometric patterns in paintings. Besides, the Bauhaus also introduced typefaces which adhered to the principles of clarity and functionality. Herbert Bayer was responsible for developing the Universal font and recommended the use of the sans-serif for better legibility.

The Women Of Bauhaus

Despite being one of the most celebrated movements, it did not accord recognition to its female pioneers in the way that their male counterparts received. While Kandinsky, Paul Klee, and Breuer became venerable names, little was known of the likes of Anni Albers and Gertrud Arndt. Unfortunately, the female pioneers of Bauhaus were written off as peripheral. With a few exceptions, most of the women had to swallow the bait and opted for courses which were assigned rather than chosen.

Anni Albers, one of the greats of the Bauhaus, aspired to be an abstractionist painter. However, she had to take up weaving, and she excelled at the art with her geometric patterns. Gertrude Arndt too wanted to enroll herself at the architectural department. Due to institutional restraints and gender bias, she had to settle for weaving. Marianne Brandt remained a notable exception who was allowed to work in the school’s metalwork department.

The women of Bauhaus went on to set their own textile departments. Many of them experimented with photography as well. In the book, Bauhaus Women: A Global Perspective, Elizabeth Otto and Patrick Rössler explore the arts as well as the personal lives of these female pioneers of Bauhaus. Marianne Brandt’s teapot testifies to her extraordinary craftsmanship. Her fellow companion, Alma Siedhoff-Buscher designed toys for children, some of which are in circulation even today.

Bauhaus And Its Contradictions

The Bauhaus was arguably one of the most pivotal movements which achieved great attention during the inter-war years. However, its relevance at present, in an ever-changing cultural terrain is a moot question. At a point, when the country was riddled with problems of providing affordable social housing, the Bauhaus architectural style promised to rise to the occasion with its flat-topped roofs, glass windows, and cubes.

Though cities across the globe were designed following the pattern of the Bauhaus, its social aim might have remained unrealized in many parts of the world precisely because of the varying socio-economic and cultural contexts. It is left for us to wonder whether the Bauhaus style, based on a Eurocentric vision of modernism, was adapted to fit the bill according to the cultural context, and more importantly, what happened to the indigenous architectural styles that had been prevalent in those cities. Gropius had a lofty ideal to achieve; however, we do not really know if it was always congruent with the reality of his times.