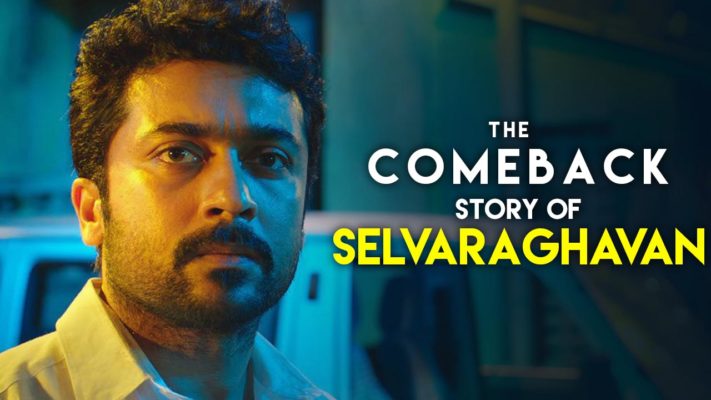 Why NGK Is Something More Than A Star Film?

Imagine you have an American friend who, randomly, asks you to suggest a few Tamil movies. And now if you sit and retrospect the movies you have loved, I am damn sure the list will comprise at least a handful of movies made by “Selvaraghavan”.

A phenomenon, Selvaraghavan is one of those directors who made it perfectly clear what he was up to in a span of just two films. Very few directors own the guts to write something like Kadhal Kondein or even boldly direct something like Thulluvadho ilamai as his debut film.

There have been many directors who have dealt with complicated human issues. But this man is way too courageous and he never fails to make us cringe, cry and redeem. That’s how art is supposed to be created. That’s what cinema should do. And that’s how reality is. Uncomfortable! That is why we tend to master the art of ignorance and turn blind to certain ruthless things that occur right in front of our eyes.

Be it a disturbed guy physically obsessed with a girl from the movie Kadhal Kondein, or the ruthless goon Kokki Kumar from the movie Pudhupettai who sleeps with his friend’s sister and murders his own father, Selvaraghavan has time and again proved that if the darkness in the human mind is a kingdom, then he is the undisputed king of it!

This world is so cruel that it makes the best of people suffer! Selvaraghavan is great in his own way, so are his sufferings and that is what makes his “NGK” special. All set to release this Friday, NGK is the most anticipated Selvaraghavan film till date and there are plenty of reasons why.

NGK is not just a Suriya film but is a tale of comebacks!

Selvaraghavan’s last release was six years ago. “Irandam Ulagam” was an experimental film. It was a romantic fantasy, which had its own issues, but did it really deserve the bashing it got? I think, no. Selvaraghavan is one such director whose shelved projects outnumber the films which successfully hit the screens. Be it Kaan with STR, Mannavan Vanthaanadi with Santhanam or the unreleased (God knows why?) project with S. J. Suryah, Nenjam Marapadhillai.

Any movie fan would have missed watching “A Selvaraghavan film” on screen, missed getting immersed in the rawness of his films, missed watching those heart-wrenching scenes which never failed to make our lips twitch in melancholy, those beautifully composed dance sequences in wild locations like a market or a beach, strong feminine characters who never minded slapping the hero and the fans would have undoubtedly missed experiencing some scintillatingly uplifting scenes with great soundtracks.

A High Worth The Wait!

For a Selvaraghavan fan like me, it was such a high to see the trailer of the film. The trailer creates an impression of being a commercial, star film but the brutally direct dialogues, the gore, the punch it delivered and most importantly the music consoled me that this is indeed a Selva film.

I was slightly shocked when the movie received a “U” from the censors. Selvaraghavan speaks real issues, he makes real cinema, and be it the censor board or the society they subconsciously decide not to show their kids the brutal part of reality. That is their mechanism of guardianship. So his movie getting a “U” was indeed a surprise. I was a bit worried as certain directors tend to lose their grip over their script while directing a star. Nevertheless, the few promos that got released reinforced the confidence in me. (Especially the “En Narambil Thudikkum Mudhugelumbae” stuff).

A Match Made In Heaven

There have been many successful combinations in Tamil Cinema, Mani Ratnam – Ilaiyaraja, Mani Ratnam – A. R. Rahman, Gautham Menon – Harris Jeyaraj. But there isn’t a combination as deadly as Selvaraghavan – Yuvan Shankar Raja. With just a few films of working together, the impact they have left on the hearts of fans is immeasurable. They are truly a match made in heaven or would Selva like it if I state it to be made in hell with a romantic agreement and mutual creative enhancement.

Yuvan has been criticized for his lack of consistency off late. But, in came Selvaraghavan and suddenly you feel as if he has never been out of form. The songs from Nenjam Marapadhillai and now NGK stands as testimony to this fact! If you ask me, what’s better than an orgasm? I would answer, watching a Selvaraghavan movie with Yuvan’s soundtrack!

Suriya – An Actor Full Of Potential

Suriya is an actor who has phenomenally developed a sense of bewitching brilliance. When I ask someone about acting, they instantly point out a scene where the actor rolls on the floor and cries. I am not belittling that performance, but acting isn’t just crying. Suriya was lauded for his performance in Vaaranam Aayiram. Everybody quoted the scene where he cries after losing Meghna (Sameera Reddy). Comparatively and commendably, the performance of the Surya as Krishnan, the father was impressive. Those subtle gestures, minimal dialogues and emoting a lot through the eyes were just great!

It is relatively easy to perform direct emotions like grief, anger, bliss, etc. However, it needs some serious experience and maturity to perform emotions alike guilt, jealousy, etc. Take the scene from Vaaranam Aayiram, where the father drops his son in the college. The father feels uncomfortable that he has borrowed money. He feels sad that he is leaving his son and simultaneously feels a little pride that his son has now grown up. Suriya as the father was just at his best! That one scene proved what he has got within!

The Star In Selva’s Sky!

For an actor of this calibre, to star in a film made by a director who is known to extract the best from his actors itself is a huge factor that makes NGK special. I can’t wait to see the exceedingly charming and lustrous star called Suriya, shine in the dark, grimy sky of Selvaraghavan! It has been a year since a Surya film hit the screens too! His potential is promised to be explored the best in the hands of Selvaraghavan. The actor’s brilliance and star base will propel the opening to greater levels adding to the excitement of the director’s fans.

This is a comeback phase for the actor in Surya who had spent considerable portions of his recent films investing in stardom. When stars step down to play character oriented roles and look forward to challenges, the phase of the industry moves to a robust scale. That’s a source of utter ecstasy in this instance and what shall become of it is widely enthusing.

The last time Suriya played a young politician was in Aayudha Ezhuthu, which is a classic. The last time Selvaraghavan made something close to politics was in Pudhupettai, which again is a classic. Believing that the signs are good this time, I sit here, after pre-booking my tickets, fingers crossed to watch this magic unfold on screen!