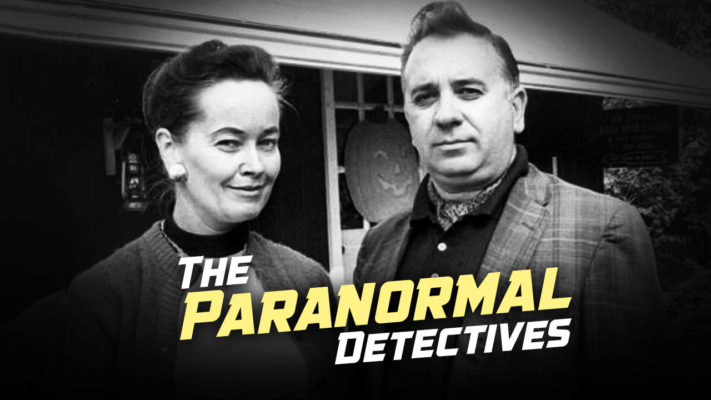 Ed and Lorraine Warren – Detectives Of The Paranormal

Ed and Lorraine Warren are prominent American demonologists and paranormal activity investigators. They have been associated with many hauntings and have written books of their various cases. While a lot of controversy and conspiracy surrounds the authenticity of their work, Ed and Lorrain Warren have remained firm on the occurrences of them.

Edward Warren was a World War 2 Veteran in the United States Navy. He taught himself demonology and became one of the first proclaimed demonologist, lecturer and author. On the other hand, Lorraine Warren professed to be clairvoyant. She was also a light trance medium and worked with Ed in all of his cases.

After going through a few cases, the Warrens decided to set up the famous New England Society for Psychic Research. It was the oldest group of ghost hunters in New England. Ever since they had worked on several cases and even authored some of their famous ones. The prominent ones are the Amityville haunting cases and the Annabelle doll possession.

Their work and cases have inspired more than a dozen films including the Amityville horror series, consisting of 17 films and the five movies in the Conjuring Universe, along with television series as well as documentaries. Renowned skeptics such as Perry DeAngelis, as well as Steven Novella, have thoroughly investigated the evidence that the Warrens collected over the years and have eventually described it as “blarney”, saying that they had never occurred and everything had been invented to gain some attention.

Throughout their odd careers, the Warrens encountered a ton of strange scenarios. Those have all been compiled in the books that they authored.

One of the famous ones was the case of Annabelle. According to the Warrens, in the year of 1968, two college roommates reported that their Raggedy Ann doll was possessed by the spirit of a young girl named Annabelle Higgins. The Warrens later took the doll from them, telling the young girls it was “being manipulated by an inhuman presence”, and later put it on display at the family’s “Occult Museum” in Connecticut. The horror films Annabelle, Annabelle: Creation, as well as the upcoming Annabelle Comes Home, spin-off prequels of The Conjuring, are based on the Warrens’ story of Annabelle Higgins.

In the year of 1971, Ed and Lorraine Warren claimed that Harrisville, Rhode Island, a home belonging to the Perron family was haunted by a witch who lived there in the early 19th century. According to them, Bathsheba Sherman, the 19th-century witch, cursed the land so that whoever lived there died a terrible death in some fatality. The story became known to the world in the 2013 film, The Conjuring. Lorraine Warren was hired as a consultant to the production and appeared in a small, cameo role in the film. A reporter for USA Today covered the film’s supposed factual grounding.

The Demise Of The Warrens

After Ed Warren’s death due to a heart attack in 2006, at the age of 79, Lorraine Warren retired from her paranormal work. She retired in Connecticut itself, where they host a museum of all possessed artifacts including the Raggedy Ann Annabelle doll. A lot of skeptics challenged her, but she maintained her paranormal experiences were all true.

“It’s not easy – you see things and experience things and it’s more comfortable now. It’s a lot more comfortable for me,” Warren said while on the set of “The Conjuring”. Warren mostly retired from active ghost hunting after her husband died in 2006. But she still offered tours and advice to those who thought they might live in a haunted house or facing any paranormal stuff.