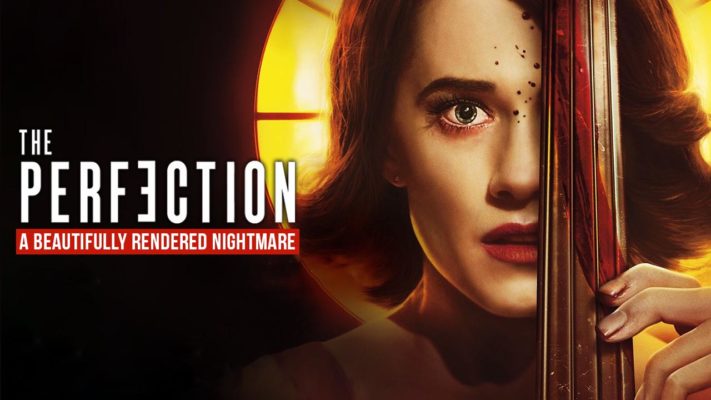 A Surreal Mystery Thriller, That You Need To Watch

Since the past one week, the poster of The Perfection keeps popping on my Netflix suggestions. The poster looked beautiful, but due to so many other options that are available, I kept postponing it. Finally, the other day, I happened to watch the trailer and I was hooked. So, I started watching it and boy was that good decision. Although I would actually suggest people to not watch the trailer because it spoils way too much of the movie.

The perfection is a surreal mystery thriller centering on the highly competitive world of cello players. Charlotte a highly talented cello player is forced to leave the prestigious music school, Bachoff, to take care of her dying mother Ruth. She used to train under the extremely reputable cello teacher and the head of Bachoff, Anton. During the time she was gone, another young woman called Lizzie takes her place. Now that Ruth has passed away, Charlotte is back. The various crazy twists and turns that ensue due to the power struggles between the two protegees form the rest of the depraved and unhinged movie.

Crabs In A Barrel

The movie is about how the world puts women in a box to fight amongst themselves to get ahead in anything. They are expected to fight for the attention or affection of their authority. In the times of #MeToo, this story seems even more relevant. The two leads are left to fight amongst themselves to gain the respect of Anton. This mirrors what our current society’s standard for success is. When the status quo is patriarchal, the way to succeed becomes to please it, then to break it. The movie argues that this kind of a thought process is so incremental that change becomes impossible and the only way to change is to replace the status quo.

The movie takes a very stylized approach to tell the story. Especially the choices made in cinematography reminded me of the boldness of Brian De Palma’ Dressed to Kill or Carrie. There is this motif that the film-makers use to show the way the world looks at them. Most of the time, when seeing them framed together, a split-dioptre lens is used. This kind of lens can focus on two subjects at differing focal lengths. There are two narrative tasks that this achieves. It shows that while these people are placed at different positions by society, they are still looked at the same way. Also, due to the unnatural way that the frame looks to the eye, it highlights the absurdity of the situation.

Allison Williams Is A Star

The last thing I would like to speak about is the performances. Especially by the leads, Allison Williams and Logan Browning. These women gave brilliant performances. Both these characters have a range of emotions that they need to get across, from sensuality to jealousy to helplessness to absolute rage, and they pull it off without a single miss. I am really impressed by the choices that Allison Williams is making. She is choosing really interesting indie projects, where she plays really unlikable characters, but somehow making them seem charismatic.

All in all, The perfection is a beautiful little B-movie with a lot to say about our world, art, and competition. It is not for the faint-hearted, due to its graphic depiction of violence. But, if you are craving for an unabashedly kinky, fun and depraved time, this is for you.