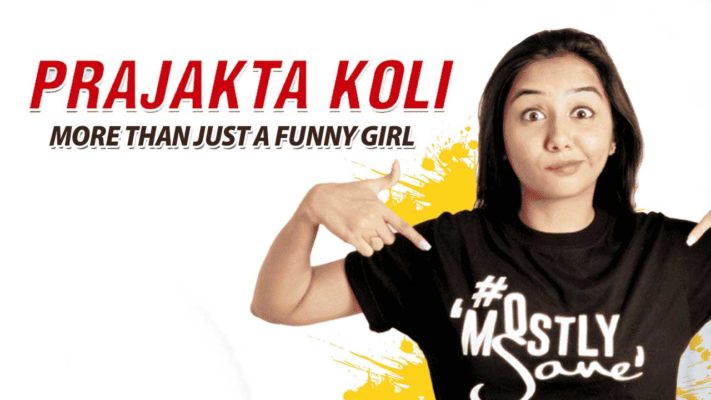 YouTube Creators For Change – Shattering The Idea Of Perfectness

YouTube – the name itself spells magic. The seven-lettered word is a social media platform where dreams come true. The YouTube creators today are synonymous to celebrities, with name, fame and money being at their disposal. However, much like other social media, woes have grasped YouTube as well. When it comes to utilizing their positions and address the social issues troubling the world, not many creators seem interested in the same.

This is where the importance of YouTube’s Creator For Change initiative comes into play. Understanding that most YouTube creators are presenting an idea of a utopia, YouTube came about with this global initiative. It focussed on inspirational YouTubers, who were using their platforms, not only to showcase their talents but, also to address certain social issues perplexing the day. And this is where Indian YouTuber Prajakta Koli aka MostlySane stood out as a winner.

For as long as she can remember, Prajakta had always wanted to become a radio jockey. She was on her way to achieve her dream – being offered a position at a top radio station as an intern – when she suddenly hit upon the idea of creating a YouTube channel and doing exactly the same things that she had been doing on the radio for her own channel.

Prajakta, who is often regarded as India’s own “||Superwoman||”, started off with funny yet relatable skits on her channel, which made her an instant favourite among the young generation. Her simplicity, magical aura and funny yet extremely relatable content soon had her see 100,000 subscribers.

Somewhere within herself, she did not feel she was doing something worthwhile. It was then that she thought of starting a weekly series of a heart-to-heart talk with her subscribers dawned upon her.

It was on the World Mental Health Day in 2016, barely a year after she started her channel, that Prajakta aired her first Real Talk Tuesday videos. Since then, she has consistently used the series to not only talk about mental health but, also speak up on social issues of the day – from cyberbullying to xenophobia, she has literally touched every topic that needs to be addressed.

Talking about starting her Real Talk Tuesday videos, she said, “It was on World Mental Health Day that year when real conversations began to take place on my channel. I uploaded a video encouraging people to talk to me, or send an e-mail (about mental health). In the weeks that followed, we got thousands of e-mails from our viewers, talking about things that bothered them. That’s when I realised the reach the channel had, and the responsibility that came with it.”

Today, Prajakta has nearly three million subscribers and is one of the foremost YouTube creators of India. Sadly, she is perhaps one among only a few creators globally who are using their channel to spread awareness about important issues of the day.

The First Indian Youtuber To Represent India At The UN

If you see any video of Prajakta, you will instantly know that her charm lies in her depiction of each and every caricature in her scripts in an extremely simple and identifiable manner. However, when it comes to talking about the social issues and causes, she does not limit herself to just echo what others have to say. She essentially makes it a point to go an extra mile to address numerous issues, and a glimpse of the same was seen in her maiden music video released last year on her channel.

Released late last year, “Shameless” – Prajakta’s first music video – specifically talked about all the numerous ways women are stereotyped and subjugated. The music video bore a tagline – “A state where one does not give an eff about the fake beauty standards” –and featured some of the biggest names in social media like actress Mithila Palkar, RJ Malishka, Sonal Sagariya, Gaurav Gera, Sahil Khattar, dancer Raghav Juyal and Raftaar.

It was undoubtedly first of its kind music video, where the target was not to transform from a YouTube Creator to a music personality but simply to bring to light certain extremely important issues perplexing the countrymen.

Prajakta’s zeal to excel in her work – both as a funny woman on the internet as well as the girl who thinks – won her numerous accolades from all sections of the society. However, the biggest compliment came in the guise of being selected as one among the top 50 global creators under YouTube’s Creator For Change initiative.

Every creator here was tasked with the creation of a film or a video, which would hit upon some extremely important social issues. Adhering to all the guidelines, Prajakta came up with yet another action-packed music video – “No Offence” – that talked about not one but three important issues of the day – racism, hatred/bullying and xenophobia.

Within a few hours, Prajakta’s video not only shattered all records but, she was also selected among the Top 5 Creators For ChangeAmbassadors, who got a chance to showcase their work at the United Nations headquarters in New York.

Talking about her video, which essentially targets racism, hatred and xenophobia, Prajakta said in an interview with Mid-day, “I am honoured to share the stage with panellists from across the globe. We will discuss how our joint efforts can help in raising awareness and finding solutions to these issues.”

More Than Just A Funny Girl

From a simple video maker to one of the world’s foremost YouTube Creators and a global ambassador, 25-year-old Prajakta has slowly transcended from being just a girl-next-door to an inspirational figure. Although she quite often says that she does not plan her future, she is adamant about taking on with her Real Talk Tuesdays, which has essentially been the turning point of her life.

We hope that she continues to inspire other creators to take a stand against social atrocities through their prominent position on the social media and bring about a change, no matter how small, in their own way.

2 thoughts on “[VoxSpace Life] Prajakta Koli : Being MostlySane At The UN”