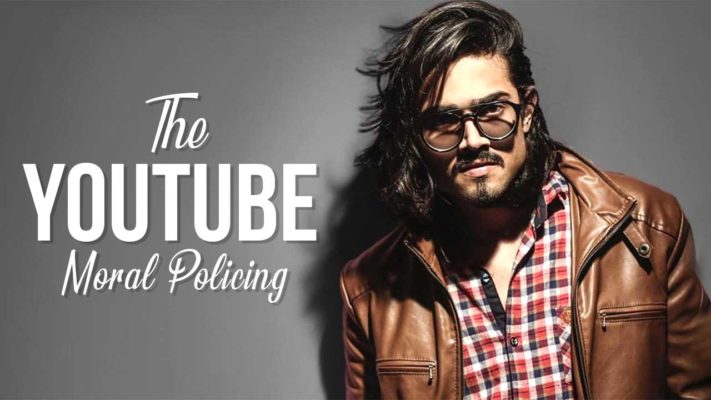 The Voice Of Social Media – A World Of Its Own

With the advent of the internet, our laptops – and now phones – have literally become the microcosm of the entire world. From finding offbeat places for the next trip to watching films from a land that most of your friends haven’t heard about, the internet is a fantastic place to be in. And with the advent of social media – which was basically started as portals where you could make new friends and renew ties with the old and long lost ones – the world has become more exciting than ever before. Well, it is indeed true that social media has come like a boon for it has given us commoners a voice that we never enjoyed before despite the fact that our country is a democracy. Be it criticizing a film or a politician, who is up to no good, you can let your voice be heard by making good use of the social media – and kudos to this fact.

Slowly and steadily, social media ceased to be just rejuvenation and chatty zone and magnified itself as an industry in its own right. Today, the three biggest social media platforms – YouTube, Instagram, and Facebook – relish in being bread-earners for many. These social media channels have given the much-needed space for people to showcase their talent and hard work, and earn on the basis of the same. Today, there are hundreds of creators just from India, who are being regarded as social media “influencers” and have been bestowed with celebrity status even.

No Offence | Creators For Change | MostlySane

In fact, you cannot be surprised if numerous brands choose them ahead of the actors and cricketers to become their faces. Choosing common men and women – who have literally gone to become celebrities from literally no one – is definitely more inspiring, logical and convenient in this era of social media. A great example of such undying fame is 26-year-old Prajakta Koli, who was recently invited by the United Nations to the UN Headquarters as India’s representative as a part of their International Day of Tolerance. Such are the heights the Indian social media influencers are reaching by channelizing their innate talents in the right direction.

The Public Eye – Glitz, Glamour But Not Everything Nice

Blame it on the glamour industry or the television, our mindset has come to become one that takes pleasure in watching everything that is dolled up, happy and seemingly from another universe. Our minds naturally get attracted to the bright and colorful. As a result of this, most of the social media influencers portray only whatever we want to see – good views, high maintenance houses and dolled up people. And honestly, it works both ways – the more we appreciate their content, the better it is for them.

However, in the quest to show only the good side of everything – not their fault either, I mean who loves to show dull and boring day-to-day life anyway – the audience often fail to note down the hard work that goes behind every single day to create quality content. For example, if a fashion or beauty influencer has his/her home done up in all white, people have to understand that it is because their job demands so, and maybe it’s the result of a year of hard work. If a travel influencer has received an all-paid couple trip to Greece or Italy, it is not because s/he has been pitifully given so – each and every influencer that you see on the internet have earned their ways through it after putting in years of hard work sans much respite. Yet as audiences, we often fail to see through these normal things – and since they are simple common people who have chosen to share their lives on the public space – we take it on ourselves to be their moral police. And that is NOT okay.

If you follow any social media influencer on any platform, an eye on the comments section reveals the inhuman treatment they have to go through always. When a woman chooses to show only a part of her life through daily vlogs, she is criticized for showing only the good things. If she talks about her harrowing past or the dark phase of her life, she is criticized for targeting sympathy-based follows. A skinny fashion influencer gets trolled for having no chest while a plus-size fashion blogger gets trolled for being too large and unimpressive. In short, we as audiences have taken it on ourselves to become moral police. We cannot tear ourselves apart from the closeted stance that patriarchy has infused in us – that a person can make a living by treading on off-the-beaten-path and still be good at it, and the fact that in the end, it is the talent that matters and not physical appearance.

Should We Stop Criticizing? Not Really!

Now that we have seen how the audiences tend to wear the invisible garb of moral policing, to determine what is right and what is wrong, the question that arises here is whether should we stop criticizing at all. No; of course not! As students of literature, we were told that criticism is the stepping stone towards creating a harmonious society. And it definitely applies in this case as well. However, there is a thing called constructive criticism that we should all understand and try to follow. Any criticism should be directed towards something better – if a blogger has not provided up to the mark review of a product or service, criticize him/her.

However, if the blogger has bought a house and is doing a house tour on request, the amount of money s/he “wasted” and how rich the person is, need not necessarily become the topics of criticism. That a blogger has decided to showcase a part of his/her life to the public does not mean s/he has to be policed for each and every action. It’s just as simple as that.

It is pretty daunting to even imagine how low we sometimes stoop in our choice of words to criticize a social media influencer. We wonder if we could do the same thing to the politicians of our country, perhaps the world would indeed be a better place then. What do you think?