[VoxSpace Life] Violence Monitoring : Important But Not So Feasible Reactionary Law By Australia 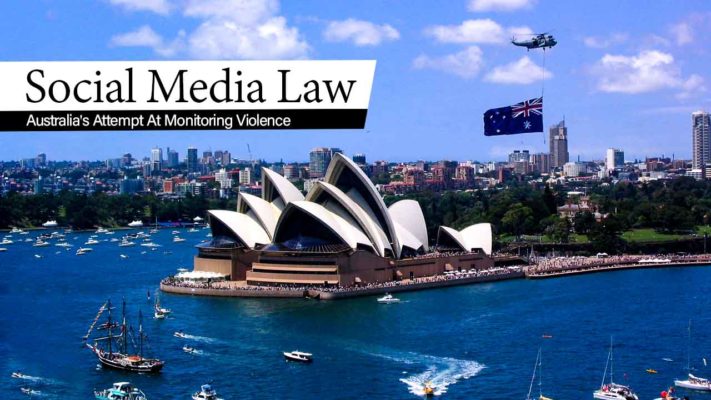 Reactionary Law Passed By Australia: While It Is Needed, It’s Not Yet Ready To Be Implemented

After a recent massacre in Christchurch, New Zealand, the Australian Government passed a law that threatens massive fines on tech companies if they don’t monitor and remove violent content from their sites rapidly. This law was passed sweepingly and will be put into effect soon.

The law criminalises abhorrent violent material which it defines as videos that show terrorist attacks, murders, rape or kidnapping. It fines the platforms hosting this kind of content 10% of their annual profit and the employees could face up to 3 years in jail. It also asks companies to report this kind of content to the police.

Is The Law More Important Than Regulating Hate Speech?

During the debate on the bill, Christan Porter, Australia’s attorney general said, “These Platforms (referring to Facebook and YouTube) should not be weaponized for these purposes. Internet platforms must take the spread of abhorrent violent material online seriously”.

This law has been opposed by various tech companies and people for reasons. Sunday Bose, the managing director of the Digital Industry Group Inc., an advocacy group representing Facebook, Google and other companies said “This law, which was conceived and passed in five days without any meaningful consultation, does nothing to address hate speech, which was the fundamental motivation for the tragic Christchurch terrorist attacks. With the vast volumes of content uploaded to the internet every second, this is a highly complex problem that requires discussion with the technology industry, legal experts, the media and civil society to get the solution right — that didn’t happen this week.”

Why Such A Law Cannot Be Put Into Effect Yet

While this law is important and wildly necessary, in this new age of social media it is a Reactionary law. The law was passed without taking into account what impact it can cause on news distribution channels. It tightens censorship on these sites which in the end causes the people to suffer. With the passing of Article 13 and laws like this, a free internet becomes more and more limited. I’m not saying that there should be no laws policing the disgusting content that is put on the internet. But it should be done by people who understand the internet and will minimise the fallout to a large extent.

There is a similar law which is applied by the German Government which requires companies to remove illegal content within 24 hours. Even with a specific timeframe, it is has been hard to follow. The main problem in policing the internet according to the experts is that the sheer amount that is uploaded on a daily basis is impossible to sort through as we don’t have the technology for it.

In conclusion, I would like to say that laws which are normally made in reaction to a tragedy can be easily exploited as they’re emotionally driven. So I hope the ambiguity of the current version of this law is fixed and made into something that will stop people from using social media in an unethical way.