[VoxSpace Life] Eligibility Of A Celebrity : What Makes For An Uplifting Influential Figure 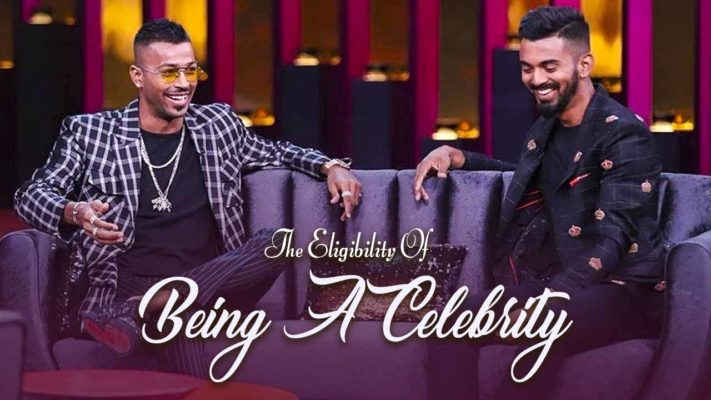 In the current scenario in the world, driven heavily by the constant need for social status, validation and show off, where does an individual stand? We are a generation which is completely affected by the ‘trends’ around us and then behave accordingly. But who sets these trends? And how do we decide if a person (or as we address them as a celebrity) is right or wrong, whom we are trying to follow, copy or imitate? Should we even be following someone else’s path? Where is the line?

Kendall's Sassiest Moments | Keeping Up With The Kardashians

In today’s world, the majority of us are heavily influenced by prominent people in their own field of work, whom we term as celebrities. These people, who are famous and excel in their respective work disciplines so much so that we’ve presumed them celebrity status. But have we ever thought, what exactly is the eligibility of a celebrity? Despite being good at their work, do we know what kind of people these celebrities are in real life? Do they fall in the same moral code and conduct, we as a society survive within or would create further on?

These are some things which make me wonder at the norm we are following, at times. We follow these celebrities so blindly that we don’t mind going the extra mile for them without expecting anything particular in return for them. This is exactly what these advertising companies cash on.

Celebrities In Advertising: Why Do They Work?

I don’t mind if you admire someone because of their work and be motivated and inspired because of that celebrity. But my problem is when people do stupid, radical and illogical stunts in the name of their favourite celebrities. Say, having an argument with a stranger over indifferent opinions they might have regarding the celebrity you like. Now, That is just plain stupid. Well this is an argument which I’ll keep for later. For now, I want to understand the behaviour of a celebrity on different platforms and their effects.

Social media and television are the biggest part of our lifestyle right now, especially the various social media platforms. These have been identified as space where we can interact with different people, know what’s happening around and follow the celebrities and their lifestyle. The latter being the favourite pastime for many of us. Celebrities have a huge impact on us and they keep influencing us at many stages of our life. Even some important decisions in our lifestyle like where to study, what career to choose or what to wear etc, are influenced by the celebrity culture.

But often we keep forgetting that these celebrities are nothing but humans just like us whom we have put on a pedestal. I’m not denying the fact that most of them have worked hard and reached where they are, but treating them as God isn’t needed. And like every other human, these celebrities also make mistakes and are not always right in what they say and do. So, it’s important we understand the difference between looking up to someone and following someone blindfolded.

Most of these celebrities, once they are on the pedestal, they fail to have strong stands on their opinions and are diplomatic. It’s because that is what benefits them. So whatever they say, support or endorse is not completely credible. At times some of these even say something or do something which most of us might not agree with.

A classic example would be Hardik Pandya and KL Rahul’s controversy at Koffee with Karan. The way they behaved or the ideology they’ve projected is not right according to the majority of the people. I felt that they shouldn’t have behaved in such a manner given the national platform. If someone behaves in a similar manner, I think they shouldn’t be eligible enough to be on that stage or hold some privilege to represent something valuable.

Reasons behind the success of Virat Kohli.

You would now have a question that how one can choose their celebrity. I’ll give my example. I admire and follow Indian Cricketer Virat Kohli. To me one of the things which I admire in him the most is his passion towards his work. The amount of hunger he has to succeed in his field is highly motivating for me. You have to identify people who, first of all have the same sensibilities and approach towards life and then are working honestly towards it. And then if you are able to mould your own method of working towards your dream, into the way your role model has done, and are able to succeed, you have found your eligible celebrity.

The Celebrity System Needs To Change

We need to have a check on what kinds of people have access to platforms where their voice represents something. Most of the celebrities have a mask-on while in public. They are never true forms of themselves and hence we don’t know if they are even eligible to be a celebrity or rather represents something at that stage. Like I mentioned in the beginning, in today’s world, the people are heavily influenced by the celebrity culture and it’s important to make sure that we have people up there who have a true sense of integrity.

There are times when you identify someone as an eligible celebrity and then due to some act of theirs you are left disappointed. Like last year in India, many of the stand-up comedians were accused of #metoo allegations. It’s important to understand that you can follow someone or get inspired until you find them being in the right radar.

We can start by not supporting these celebrities and their self-benefiting products or brands. We can take inspiration from the ones who truly work hard. And we can stop following these celebrities blindly, who at the end of the day are at their most comfort zone and make us behave radically without any logic. It may sound impossible, but there is always a start.

One of the parameters can be that if you get connected with someone’s work and are inspired by his/her journey, he/she is your eligible celebrity. It’s very important to identify the right people otherwise one might have a negative influence on themselves. I hope you find celebrities who you feel are eligible to be one and they inspire you to excel in everything you do.