[VoxSpace Selects] Mahesh Babu : The Journey Of A Superstar And Celebration Of A Stardom 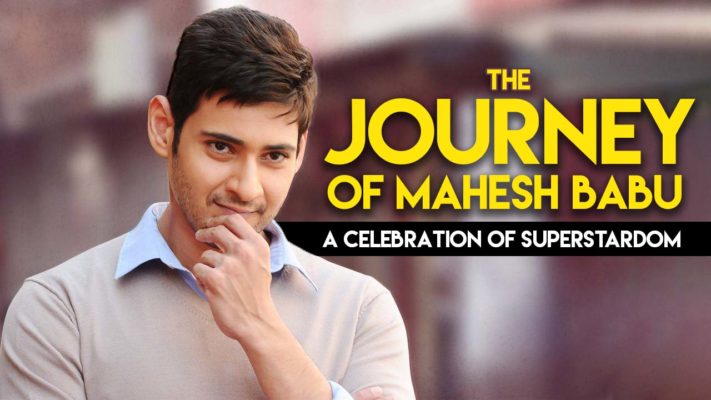 From Prince Charming To A Super Star, How The Actor Evolved Over The Years

In an industry, where fortunes and stardom change every Friday, it isn’t an easy journey to be a star and then retain it for several years. With 25 films in two decades, we look at how Mahesh Babu has evolved from Prince Charming to Superstar over the years.

Early Beginning And The Initial Years

Born with a silver spoon and having proved his mettle as a child actor in many of his father Krishna’s films, it was evident that Mahesh would follow his father’s footsteps. In 1999, with the veteran K Raghavendra Rao helming affairs, he couldn’t have asked for a better launch than ‘Raja Kumarudu’. Within no time, people started to call him prince thanks to his good looks.

However, after a couple of duds, things were back to square one for Mahesh. Those were the days when Pawan Kalyan was at the peak of his stardom. Mahesh Babu was beginning to find his feet. Comparisons between both the actors have already begun within and outside the industry. Then, Krishna Vamsi’s ‘Murari’ happened and people started to notice his acting potential.

The Rise Of A New Beginning

The prince charming made way for an action hero in Gunasekhar’s ‘Okkadu’ which made him a star. The Sankranthi release of 2003 transformed Mahesh like never before. People who saw actors being loud and hyper-energetic till then were pleasantly surprised to see a subtle and an intense actor. Whether it was his body language or subtle dialogue delivery, he packed a punch and people have embraced him wholeheartedly.

Moving on, his films like ‘Arjun,’ ‘Athadu’ have brought him closer to the family audience where the latter is considered an evergreen hit in terms of the TRP ratings it generates even today. In between, he tried to experiment with films like ‘Takkari Donga’ and ‘Nijam’ but they didn’t rake in the moolah at the box office.

The Evolution Of A Super Star

The year 2006 saw his collaboration with Puri Jagannadh for the first time with ‘Pokiri’. It not only set the cash registers ringing like never before but also became a euphoria. It became an Industry hit and Mahesh Babu has become a Super Star. There was Mahesh Mania all over. Every single dialogue laced with humor and sarcasm continues to remain people’s favorite even today.

After a couple of failures, the actor took an involuntary break. He returned to screen after three years with ‘Khaleja’ in 2010. Although there was a novelty in the story and in his characterization, it was a dud at the box office. However, it is still widely watched on TV and online platforms.

The Reining Success At The Box Office

In 2011, Mahesh got the much needed commercial hit with Srinu Vaitla’s ‘Dookudu’. It saw him speaking in Telangana dialect and the fans rejoiced. ‘Businessman’ showed that he isn’t hesitant to portray grey characters. Sukumar’s ‘1- Nennokaddine’ didn’t get the desired results at the box office, but has achieved cult status over the years. In ‘Seethamma Vaakitlo Sirimalle Chettu’, he acted alongside actor Venkatesh which paved way for multi-starrers. He has turned a good samaritan with ‘Srimanthudu’ and a classy Chief Minister in ‘Bharath Ane Nenu’. In his landmark 25th film, ‘Maharshi’, he is seen as a CEO solving agricultural distress. In addition, most of his films have a devoid following in the United States.

Over the years, Mahesh Babu is not only known for his handsome looks and intense performances, but also his penchant for the right scripts. He was one of those star actors who weren’t afraid to try something new. In spite of the box office potential that he amasses, off late, many feel that his performances in the recent past have become a little repetitive. The very subtlety which made him a superstar now is slowly turning into an area of concern. Sometimes, he carries the acting pattern of a successful film to his next one.

‘Athidhi’ has shades of ‘Pokiri’, ’Aagadu’ is an extension of ‘Dookudu’ and even in his latest film, ‘Maharshi’, one can find him that he hasn’t come out of ‘Srimanthudu’ mode yet completely. Surely, some of the blame can be put on to the directors for making him play safe and the responsibility the actor has on his producers, but an actor like Mahesh who is capable of performing many better roles shouldn’t fall for commercial trappings any more.

Mahesh Babu is often called a director’s delight. He is one of the very few actors who has never done a remake and prefers original stories. He may not be swift with his dance moves like some of his contemporaries, but he surely ranks ahead of them in terms of the content he chooses. With new age directors coming up, one hopes that he takes up different roles which would challenge the actor in him more than the star that he already is. Surely, some of his films which he experimented haven’t done well commercially, but with the loyal fan base that he has garnered over years, he has all the more reasons to do a different kind of films and set an example for the next generation.

Now, having finished his landmark film, a longer journey awaits Mahesh Babu. He has already mentioned that he will continue to act all his life. In the days to come, many of his supporters would love to see him do interesting films and perform various roles and not be confined to commercial potboilers alone or fall prey to ‘fan’s expectations’. Hope he continues his dream run both on and off the screen and strike gold at the box-office.