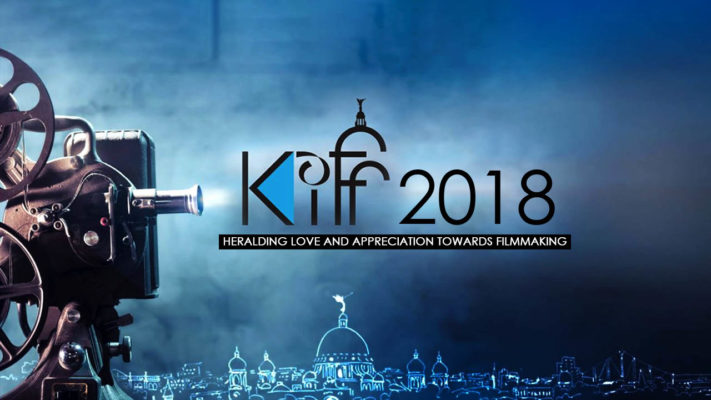 Sometime around October this year, BBC lifted the veil from 100 best films of all time in foreign languages, the only film from India, under the placard of Satyajit Ray– Pather Panchali, made to the list.

Ray’s tryst with world cinema can be traced back many decades, when the International Film Festival of India (IFFI) floated into Calcutta, bringing a squadron of accolades from Hollywood. Ray was one of the founding members of Calcutta Film Society and ensured that the 10-day long festival was pompous both in its content and outward appearance

The Journey From Bombay To Calcutta The idea of Kolkata International Film Festival (KIFF) was conceived eventually after a series of events like Filmotsav, and in 1995 the festival was inaugurated by Mrinal Sen. Interestingly enough, KIFF would see the screening of some of Sen’s finest films side-by-side the likes of films like “Wolf Totem”.

KIFF includes feature films, children’s films, documentaries, and even telefilms, accompanied by subtitles. In the 90s however, the scenario was particularly different, owing to the inaccessibility of online streaming channels and other technological glitches. When cinephiles used to eagerly wait to catch the screening of rare Godard films, KIFF had at its disposal, films made in languages like Nagamese, Maithili, Lambani and Konkani, by directors unheard in mainstream cinema like Tiakumzuk Aier and Naganatha N. Joshi. The festival is not about the films alone but, simultaneously about the struggles and tribulations of the directors, many of whom had to mortgage personal properties to make the films. To many cinebugs, KIFF is not merely a platform of fierce competition among directors, but an occasion that heralds genuine love and appreciation towards films and the art of filmmaking.

Today as Nandan decks up in anticipation of the 24th edition of KIFF, one needs to acknowledge the contribution of Pt. Jawaharlal Nehru, who insisted on presenting a confluence of cinema from all over the world to the audiences of Bombay, Madras, New Delhi and Calcutta.

For Reels Lost In time

This year KIFF has announced the compendium of around 100 Bengali films in immediate need of preservation like the Apu Trilogy and Antony Firingee. After six decades of Pather Panchali, KIFF has decided to restore the film in co-operation with Criterion Collection. The initiative has already started to stir nostalgia amongst an entire generation that has grown up seeing Ray’s films.

Short speeches given by stalwarts like Jaya Bachchan and Soumitra Chatterjee, regarding the importance of some of the Indian cult classics and their significance in presenting Indian cinema at an International pedestal, is almost evocative of the recent restoration of Mya Ga Naing at L’Immagine Ritrovata.

The restoration process in its own capacity has also opened dialogues pertaining to the importance of these films. It celebrates the art of chiaroscuro, low budget filmmaking, wielding natural lights into the scenes and the techniques of neo-liberalism in cinema. KIFF in the way would additionally compensate for some of the permanently damaged films like Alam Ara and Mill.

At KIFF, the queer juxtaposition of Bollywood glamour, mainstream cinema, documentaries, and reminiscing about history draw hoards of people. For years now, KIFF has opened many narratives for serious discussion to the common mass, in order to absorb and internalize each and every restored classic for years to come.

KIFF has a number of venues dispersed all around the city like Star, Mitra and SRFTI, where the carnival continues in all its glamour for the better part of November. Films like Amarcord and Do Bigha Zamin, cannons in their own right, would be screened this year.

KIFF presently is occupied with contemporary women filmmakers like Anne Zohra Berrached and Iciar Bollain, sitting at the helm of some of the finest films ever. In 2015, KIFF, having a jury headed by veteran actor Sharmila Tagore, handed over the award of Best Woman Director to Libia Stella.

KIFF has spontaneously paved the way for a steady advancement for women directors from remotest parts of the world, speaking in distant dialects. In a nutshell, the festival is not merely about regaling in the past, it is about reinstating the past, applauding contemporaries, and in the process anticipating for a better future for cinemas.

As Bengal celebrates 100 years of cinema, Australian director Philip Noyce would conduct a special class for cinema aficionados and talk about his experience of fifty years as a filmmaker, who got his first thrust from the circus!

“In the 21st century, when despite the spread of technology something is making us divisive; the only thing that can bring us together is art, the most efficient among them being cinema” Shahrukh Khan at the inaugural ceremony of KIFF.