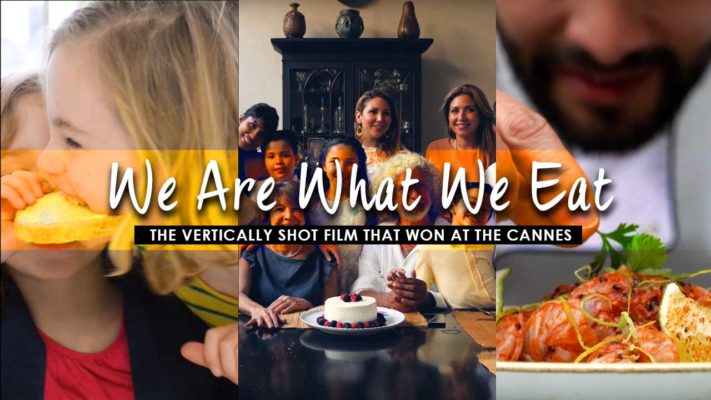 Why Talking About Food Is Important

As a marker of culture, food helps us to navigate the socio-historical landscape. However, given the ever-shifting contours of culture, this functionalist definition of food cannot be accepted without caveats and seems to be monolithic. Besides being an index, food stands for a host of other things. This year’s Nespresso Talents in Cannes saw as many as 371 submissions shot in the vertical format on the theme ‘We Are What We Eat’, exploring the associations that spring to mind when we think of food. This marked the fourth year of Nespresso Talents since its inception in Cannes.

Every year the Nespresso Talents encourages submissions that are experimental and creative. The previous editions celebrated films on ‘The Difference She Makes’ and ‘You have the power to’. The films that won the coveted prizes this year are up on Nespresso’s official website.

In recent years, food studies have become a significant and an exciting area of study; as a minefield of global and local contexts, as well as cultural crisscrossing, facilitated by transculturations, it has drawn attention to what many used to regard as frivolous. It is not difficult to understand the surge of interest in cookbooks and the articles penned down to trace hidden cultural narratives. Food is also a pathway to learn about the political scenario of the times. People often stumble upon recipes which are variations of what they have known all their life. In an ironical way, food habits and diverse practices of eating divide and unify people across the globe. The need for discussing food politics, diversity and biodiversity is thus more pertinent than ever.

The Winners Of Nespresso Talents 2019

Each film had something unique to offer; the films tried to bring home the message that apart from satisfying a very instinctual need, food could be a memory, a piece of history, the reason for homecoming, the factor that binds a community, among other things. Food could as well be an occasion for memorializing tales, the space of the kitchen, special dishes and childhood.

New Zealand’s Joshua Morrice clinched the first position while Marco Aurelio Celis from Mexico and Achyutanand Dwivedi from India were crowned as the second and third winners in the international section for their films Ruffo and Seed Mother respectively. Morrice’s film, Subak shows us how it stands for a way of irrigation but also transcends itself as a system. Subak is the hallmark of the culture of Bali; the people of Bali practice Subak to cultivate rice, which they consider as a gift of life.

Ruffo, Aurelio’s film is as much a piece of nostalgia as it is about the joy of sharing food with one’s community.  In his nostalgic foray into his childhood, the chef in the film recalls how the space of the kitchen shaped his sensibilities as a cook and as a person. The sense of communal stronghold is very visceral. The community provides individuals with the sense of being part of something wider. Seed Mother, Dwivedi’s three-minute long film portrays the tireless efforts of Rahibai Popere who grows indigenous seeds to sustain her family. She discarded the use of hybrid seeds in favor of traditional methods of farming to raise crops sustainably.

Films That Did Not Win But Deserve Equal Applause

Apart from the winners, there were other films which grabbed eyeballs. They deserve equal applause, if not more, for their imaginative thinking, thoughtful insights, and experimental techniques. Some of the other top-picks are Lunchtime. This film allows us to sneak in on a father-son duo while they are having their lunch; Homecoming, that talks about how food travels places. Lunchtime allows an insider’s view of the relationship between a father and his son. It is perhaps one of the most heart-warming entries. The film is shot in monochrome and almost does away with dialogues, trimming verbal communication to its minimum. Here, we come upon an aged father cooking for his son, who comes over for his lunch.

Homecoming shares the story of siblings who bond over a particular dish that they are fond of. It is not hard to imagine them seated around a dinner table enjoying their food. Their homecoming, as the narrator says, is always predated by the question: “Will there be strudels?” The story that runs in the family dates back to 1814 when his ancestors emigrated from Germany to Bessarabia. Later, when the German immigrants were welcomed in their country, they continued to practice ways of living, eating, and dressing which were typical to a different culture.

It is a classic case of acculturation, where members of one culture adopt aspects of another culture. Thus, the art of preparing this delicacy was handed down the generations and it remains the favorite dish of the entire family. The film sheds light on how food crosses boundaries and unites people.