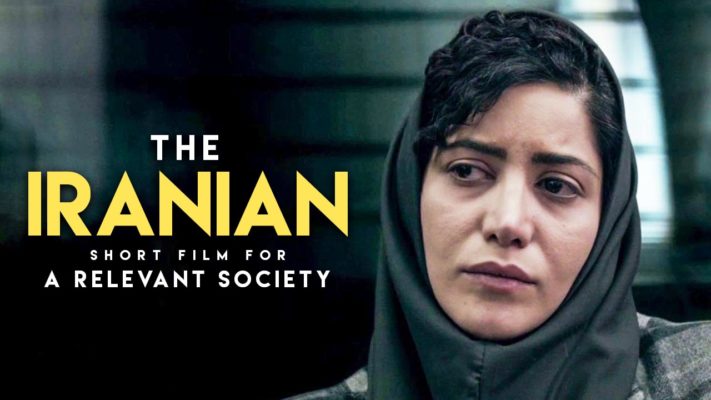 We always crib about things, people and situations which we are not capable to change. But sometimes we get stuck in situations which we don’t like at all but are forced. Women mostly face this issue in their marriages. Most of the times they are unhappy and stuck in the marriage. Further, thanks to the society around us, they are scared to get out of it. Hence they surrender themselves and adjust with it. And the root cause in most of these issues is the patriarchal dominance from the husband. Women are treated as slaves and are looked as their personal workers by men even in today’s age. Retouch, an Iranian short film is a story about one such woman, Maryam who has married Siyavash at a very young age and has a child.

What Will You Do When You Get An Opportunity To Retouch/Change Something?

The story begins with the daily routine of Maryam which involves her getting ready for work while feeding her child and serving her husband, Siyavash and his orders. Clearly, the husband doesn’t seem like he cares much about Maryam’s feelings and is concerned about just himself. He is trying to set up the barbell in the bedroom so that he can work out. But suddenly he loses the control when working out and the barbell falls on him choking his neck. He calls out Maryam for help who runs in and tries to help him. But suddenly she realizes that this is a perfect opportunity for her to get rid of her husband and hence steps aside leaving Siyavash to die. She watches him struggle, beg and anguish in pain. She feels sad but also she has decided that she won’t let this opportunity to be free, go away.

Maryam then carries on with her daily routine. She goes to the daycare centre and drops off her child. She then goes to work where she works as a Graphic Designer whose job is to retouch the celebrity pictures. All this while, she is just thinking about the incident happened in the morning. Contemplating if it was right or not. Though sad, she somehow is convinced that she deserves freedom from her marriage’s patriarchy.

Questioning The Society And Its Methods

The film is written and directed by Kaveh Mazaheri. He raises a question against the patriarchal system of the society or rather makes a statement about how women are the victims of it. And when they get an opportunity to be free of it, is it morally right and does it fall under the norms, society has laid. Kaveh has done a beautiful job first with the writing and then the direction. He sticks to close-ups of Maryam to show the emotions she is going through at different times. The background score is used very well which elevates the emotions Maryam goes through. Also, I liked the title of the movie Retouch, which depicts what she does for a living and also what she does with her life by making a hard decision and retouching(in this case bringing a change in) her life.

The biggest thing which stands out in this short film is Sonia Sanjari’s acting who plays Maryam. In most of the scenes, she has to act just with her face, depicting varied emotions, thoughts, and internal conflict Maryam is going through, but without giving too many expressions. Sonia finds the right balance and is so convincing that you feel empathetic for her character.

With this short film which was made in 2017, Kaveh brings out and addresses a very important issue and forces us to think about the lines drawn in society. He also questions about how one can decide if something is morally right. This layer in the story makes it special and perhaps that’s the reason this film is liked in many film festivals and winning close to 45 international awards. I would urge you to watch this short film to experience an amazing story told wrapped with multiple layers questioning ourselves.

RETOUCH from Kaveh Mazaheri on Vimeo.