[VoxSpace Selects] Review Of Fauve – How Far The Game Of Lies Can Go? 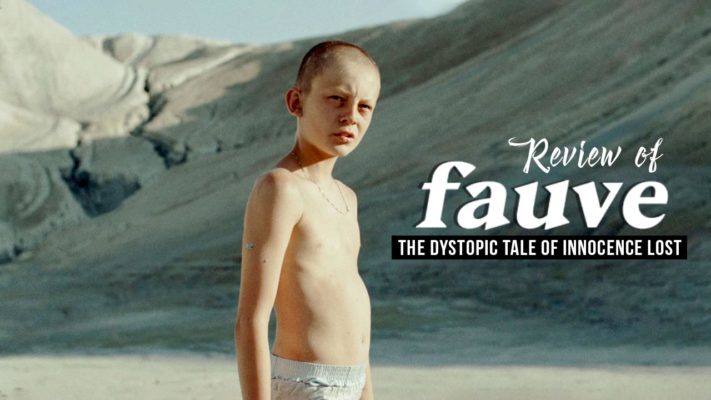 There are many situations in our lives when we blatantly lie to get out of some situations. But what happens when everyone gets tired of our lies and one day we actually get in some trouble and no one believes it. Remember the story of fake wolf cry from our childhood? The same story, wherein a kid in a village keeps calling out fake alarms of a wolf attack and hence fooling the villagers every time and enjoying their reactions. He keeps overdoing it and everyone accepts the fact that he is lying. But when a wolf attacks him for real and he calls out for help, no one comes to his rescue thinking he is again playing the prank.

Canadian writer and director Jeremy Comte, has made a short film in 2018, called Fauve, on the same lines. Recently I came across this short film on the Vimeo site and the log line looked interesting to me and I decided to watch it. Also, this short film has officially won the ‘Short Film Special Jury Award’ in Sundance Film Festival in 2018 apart from winning seventy-five plus awards across 150 film festivals. So here are my insights of what I felt about the short story and what all worked and what all didn’t work in this piece.

A Fresh Narrative Of A Known Story

The story starts with two kids, Tyler and Benjamin, who are trying to win over each other by playing pranks while exploring a huge mine. Both the friends are trying to reach the six mark points in order to win the game they have started. They try to keep fooling each other or rather convince each other about a lie. And while doing that they don’t realize the lengths they are going until Tyler loses Benjamin in quicksand. Initially, assuming that Benjamin might be playing another prank on him, Tyler doesn’t help him. But later when he realizes that his friend is actually in trouble, he tries to help him, but it’s already late. Tyler is saddened by the loss of his friend and realizes how this game of lies cost him the life of his only friend.

Although the story is pretty straight forward, it never gets boring or slow. The director Jeremy has done an impressive job in telling this story with an interesting narrative with children and their innocence in the foreground. The game which both the kids are playing, that is to successfully bluff each other, is shown very organically and looks real. You know that children can behave in such a manner. Though the story is familiar, the director manages to keep us hooked with some spectacular visuals and engaging dynamic of both the kids.

The Poetic Approach In Technical Aspects

The visuals of this short film tell a story of its own along with taking the narrative forward. Whenever the kids get excited about some adventure, they show the visuals with a hand-held camera and a shaking frame. But whenever the emotion, in this case, the trust, has to be shown, the frame is static. The director plays very well this aspect and it makes the visuals more appealing. Clearly, it can be seen that DOP has done a splendid job. Some of the imagery is beautiful and appealing to the eye. They have captured the aesthetics well while staying focused on the kids. The sound design is crisp and was used very well whenever it was necessary.

I liked the acting of both the kids played by Félix Grenier (Tyler) and Alexandre Perreault (Benjamin). They looked authentic and convincing in their antics while curiously exploring their adventurous side.

The Subtlety Wrapped In Some Beautiful Shots

There are some particular shots I loved which have much more added to it. One shot for example, in which Benjamin is being pulled down by the quicksand and Tyler has gone for help. The frame starts with a close look of Benjamin and then keeps Zooming out indicating there is no one else around him and he is all alone.

Another thing I liked is that the director gives a nod to the original folk tale of the false wolf cry by literally showing a wolf. When Tyler sees the wolf in the end, he realizes how big a mistake he has committed and repents about it.

All in all, the short film is made very well and has many amazing elements in it. Do check it out to see and understand what all you can lose when you keep lying. Cheers.

FAUVE from Jeremy Comte on Vimeo.