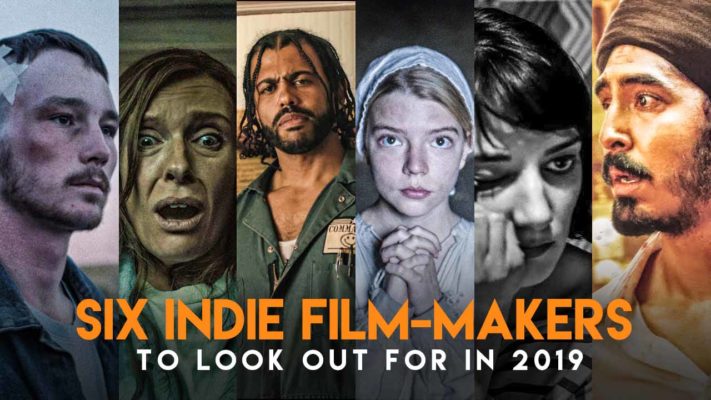 Just A Step Away From Making It Big

As a cinephile, there are always film-makers you look up to and wait for their films to come out. The thing about this list is that it is ever changing and always evolving. There are some names that I want to add in this list. These are the names of indie film-makers who have made great films waiting for that one film that is going to launch them into the mainstream. The list is in no particular order.

Anthony is an Australian film-maker who made a splash in the film-festival circuit with his brilliant short film-The Palace. The short film follows the struggles of a Cypriot family in 1974 during war-time to just survive the day. It premiered at the TIFF and won a lot of accolades. This allowed him to venture on to his biggest project yet, Hotel Mumbai. Hotel Mumbai documents the real-life stories of the victims and the perpetrators of the brutal 26/11 Taj Hotel attack in Mumbai. The film stars a lot of big names like Dev Patel, Armie Hammer, and Anupam Kher.

Ana Lily Amirpour is an Iranian American filmmaker who specializes in genre-bending experimental cinema. Her first movie A Girl Walks Home Alone at Night is the first Iranian vampire spaghetti western as she describes it. With her very first film, she shows a mastery overtone reminding the viewer greats like David Lynch and Jodorowsky. While her second film The Bad Bunch seemed a little misjudged, I think her next venture which is a supernatural thriller-Blood Moon, starring Zac Efron and Kate Hudson could get her back on the map.

Robert Eggers has a very unique background, he started off his career as a production designer. He slowly started his move into direction with his early short films and directed his first feature film in 2015. The Witch premiered at Sundance swept through the indie film festival circuit. The film followed an outcast family in the 1630s trying to deal with the creepy occurrences because of the forest neighboring their house. It was a bone-chilling paranormal thriller-horror film which shows his deftness with visuals. His next, The lighthouse also seems very interesting. It is a horror film starring Robert Pattinson and Willem Defoe and I can’t wait to experience it.

Carlos is a music video and commercial director who turned his eye towards feature films with his brilliant debut Blind spotting. With the film, he showed that he has a brilliant flair for creating visceral intense dramatic cinema touching very sensitive topics in our everyday life. The film captures this kind of misjudged angst that is trying to explode in the form of the protagonist’s outbursts. The film reminded of films like Do the Right Thing and Boys in the Hood, which dealt with similar themes. He is definitely someone to look out for.

Cloe is a Chines born American film-maker who has already made two feature films. While her first film Songs My Brother Taught Me did premiere at Sundance, it did not really make a splash. But, her second film The Rider is a whole different story. The rider is a contemporary western, which follows the life of a young cowboy who after suffering from a near-fatal head injury contemplated his place in the world. This was a film that was very self-assured in its stillness and announced to the world that there was a new voice in modern American film-making that needs to be noticed. She is already signed for two new films- Nomadland and The Eternals starring great actors like Frances McDormand and Angelina Jolie respectively.

Finally, getting to the man of the hour. This guy, what do I even say about this guy? Ever since I saw his ultra-creepy short film The Strange Thing about the Johnsons, I could not get it out of my head. The film follows the story of a maniacal man who is infatuated with his father and rapes him on a regular basis. The premise might sound over the top and funny, but there is nothing funny about it. This is the most horrifying story I have ever seen. He then followed that up with his masterpiece Hereditary, this movie shook up Sundance and people could not stop talking about it. He is now coming with yet another dark, a cryptic and creepy film called Midsommar and I cannot wait for it.