[VoxSpace Selects] Mid Year Round Up 2019 : Break Out Directors Of Indian Cinema And Web Space 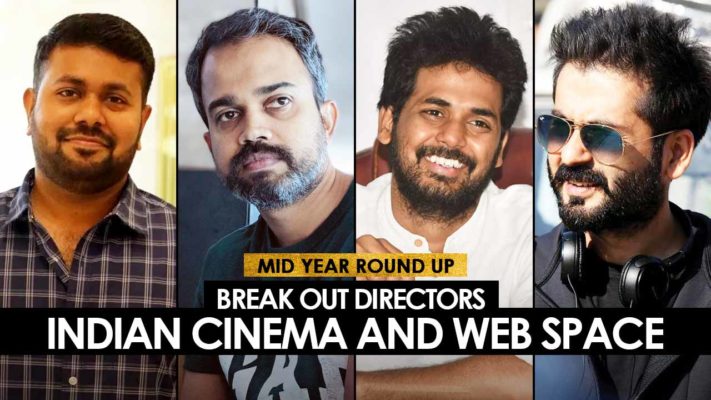 Any film works, because of everyone involved in the film and fails because of the film-maker. Hence the person who is given the most responsibility for the film is its director. Here is a list of film-makers who really excelled at their craft and told the industry that they are here to stay. The list is in no particular order.

Aditya Dhar has been working in the industry doing various jobs from writing to assisting. But this was the year he was unleashed on Bollywood. With his movie ‘Uri: The Surgical Strike’, he made the whole world stand still and watch as his movie became the highest-grossing film of the year. While the film has some heavy jingoistic over-tones, no-one can discount his ability to stage pulse-pounding intense action sequences.

I have been following Vasan Bala’s career for a very long time. I was in love with his acclaimed short films and music videos. He had previously co-written the brilliant Raman Raghav 2.0 and Bombay Velvet. He even directed a film called Peddlers, which never really got a release. So, I was rooting for him to get a well-deserved break. And then he came out with a very interesting and quirky movie ‘Mard Ko Dard Nahi Hota.’ While the film wasn’t really a box-office smash, it made a huge buzz in the film festival circuit with its style and panache. It really shows how unique of a voice he really has and I hope he gets to do a lot more interesting and amazing work.

Ivan Ayr is one of those film-makers that when you see his first film, you know he is going places. His first film ‘Soni’ chronicles the lives of two Delhi cops, while they are dealing with a case regarding sexual violence against women. He chooses to shoot most of the scenes in long takes without cuts, which puts you in the moment with the characters. This was a brave decision that paid off in spades.

Richie Mehta has been appearing in the indie scene here and there with great films like ‘Amal’ and ‘Siddharth’. While these films were great, they did not really give the launching pad that he deserves until this year. Delhi Crime is the show that really blew my mind. It’s an investigative thriller that shows us the behind the scenes struggle of the cops to find the culprits in the Nirbhaya case. He takes a procedural approach, by not making it very sensational, which allows there to be a nuanced argument about the state of gender politics in India, rather than it coming off as exploitative.

Raghav Subbu has mostly only worked on other TVF projects, but his recent effort ‘Kota Factory’, the first black and white web series in India, really broke out. The show has a very nuanced and empathetic way of telling this story about perpetual rat-race like studies. He somehow balances his critique of the system, with empathy towards the students stuck in it. Hope he does a lot more interesting work in the future.

I had only seen her previous movie ‘Waiting’, which nearly brought me to tears. It was a story of two grieving spouses of different ages relating to each other about their shared pain. With her new venture, ‘Four More Shots Please’, she proves that she can do comedy really well too. While the show was not the best-written show in the world, it had a kind of visual flair lacking in most web-based shows.

Gowtam Tinnanuri had previously made ‘Malli Raava.’ While it was a good film and got great reviews, it did not work that well at the box-office. So, with his second effort, he comes out swinging with an inspirational sports drama, ‘Jersey’, starring Nani. The movie came out with a lot of buzz attached to it and exceeded every expectation that I had. It was a genuinely emotional and endearing drama about the undying love of a father.

Now coming to the MVP of this year, Vivek Athreya. I was mixed on his first effort, Mental Madhilo. I liked the film but wasn’t really blown away. But with his second film ‘Brochevarevarura’, Vivek made one of the best films I have seen all year. Brochevarevarura is a crime caper, which sets out to entertain people from all demographics and succeeds to do so. With this film, he has created a completely apolitical comedy entertainer that will stay with me for a very long time.

I had seen Prashanth Neel’s previous film, ‘Ugramm.’ While I loved the way it looked, I thought it was a little too loud. So, I was cautiously looking forward to his magnum opus, ‘KGF.’ But boy was I surprised. KGF turned out to be one of the most visually arresting action films I saw all year. He uses Yash’s full potential, to create a character that will stay with us for a long time. I am eagerly waiting for the sequel this year.

Ashwin is slowly turning out to be one of the best horror film-makers in India. With his debut movie ‘Maya’, he created a great horror film, which tops with his sophomore effort. His second film ‘Game Over’ follows a Nyctophobic woman who is hunted down by men who may or may not be real. The movie is filled with brilliantly staged scenes that will haunt your dreams for days.

I had previously seen his debut film, ‘Aaranya Kaandam’, and was in love with the ambition of the film. With his second film after a long time ‘Super Deluxe’, he challenges himself to create an even more ambitious film. Super Deluxe is an anthology film, chronicling multiple stories taking place in a day connected in increasingly surreal and profound ways. I do not want to say anymore because the less you know about the film, the better.

He is an actor, director, and producer who has been part of various brilliant films from the Malayalam industry. While he has directed various brilliant films in the past, his latest venture ‘Virus’ was what caught my attention. With Virus he creates a kind of disaster film akin to Contagion. The film maintains a constant undercurrent of dread that is unbearable in a very cinematic way.

Madhu had previously only worked as an AD on the brilliant film, ‘Maheshinte Prathikaaram’. With his debut film ‘Kumbalangi Nights’, he creates a portrait of love in a small town.  He seamlessly weaves various strands of stories in a way that creates a portrait that makes the whole greater than its parts. What a debut he had. Here’s hoping a lot more from this brilliant director.

In conclusion, its been a great year for films of all budgets and regions. I hope the latter half of the years turn out to be as good as the former.