Hyderabadi Indie Feature ‘Sheeshmahal’ Is Truly A Project Of Dreams 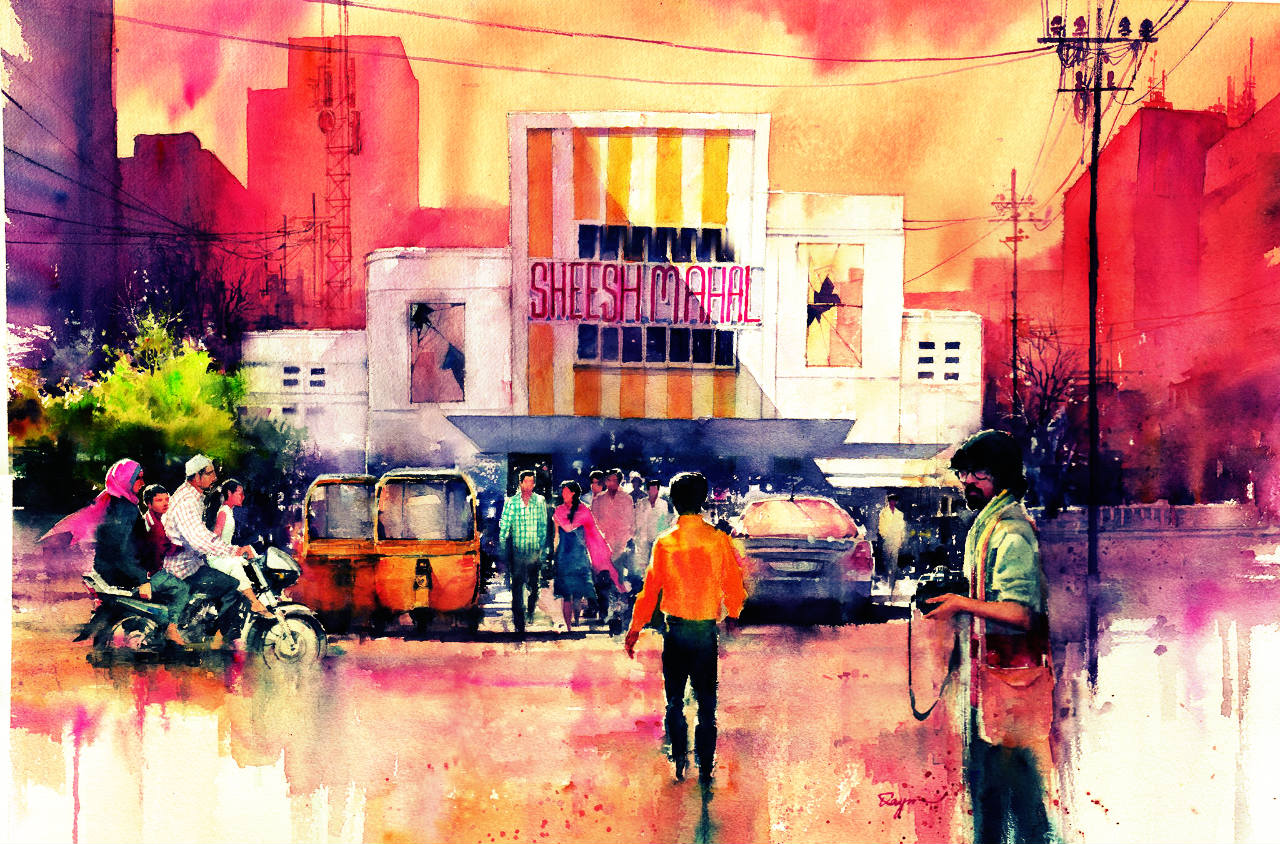 “We promise a Hyderabad like never before” claims the trailer of Sheeshmahal, an indie film which revolves around the Children’s Film Festival happening in Hyderabad. At the heart of the story are four characters whose lives are connected by the film festival. Fakeer, a nine-year-old rag-picker; Ramakrishna, a documentary filmmaker; Lavanya, a teenage girl; and Feroze, a canteen supervisor. This crowd- funded film is helmed by a Hyderabad-based director, Sasi, who is a well-known corporate ad filmmaker.

The 30-minute Telugu film boasts of an incredible technical team with the likes of Gnana Sekhar of Vedam fame as the cinematographer, The band- Indian Ocean’s singer Rahul Ram singing a song and the multi-talented Piyush Mishra (Gulaal, Gangs of Wasseypur, Pink fame) writing the songs as well as lending his voice to a couple of them. Rajeev Ravi, the cinematographer of films like Gangs of Wasseypur and Dev.D, after hearing the story, has promised the team that he would help with the promotions of the movie.

It is also interesting to note that most of the crew on the movie have apparently worked without charge. The film did not incur any remuneration charges, only production costs. Sasi, the director shares in the trailer that Piyush Mishra had accepted only Rs.11 as his fee. Entrepreneur Sneha Jangala has also joined them as producer and has invested for a share in the movie.

This shows the trust that the technicians had that they were making a fine movie. A story which needs to be told. They believed in the director’s vision and the strength of the script. The team intends to raise 5 lakhs through crowdfunding to present the movie at film festivals like IFFI Goa, Sundance, Asian International Film Festival, Mumbai etc.

The trailer manages to impress with its technical sharpness, its complementing background score and the strong screen presence of its actors. It looks like a film which would deliver on its promise of “a Hyderabad like never before.”

The recently released soundtracks for the feature Sheeshmahal has already garnered acclaim for its poignant music and lyrical tastes. Featuring various artists the said jukebox creates a vibe of changing moods of ever-changing scenarios and their stories across inter-crossing lives. Penned by the ever versatile Piyush Mishra, the tracks captures our imagination with their sharply written words, which have a haunting feeling like no other. Check out the music tracks below :

Wishing this feature – Sheeshmahal, will go on to redefine the way we make our movies.