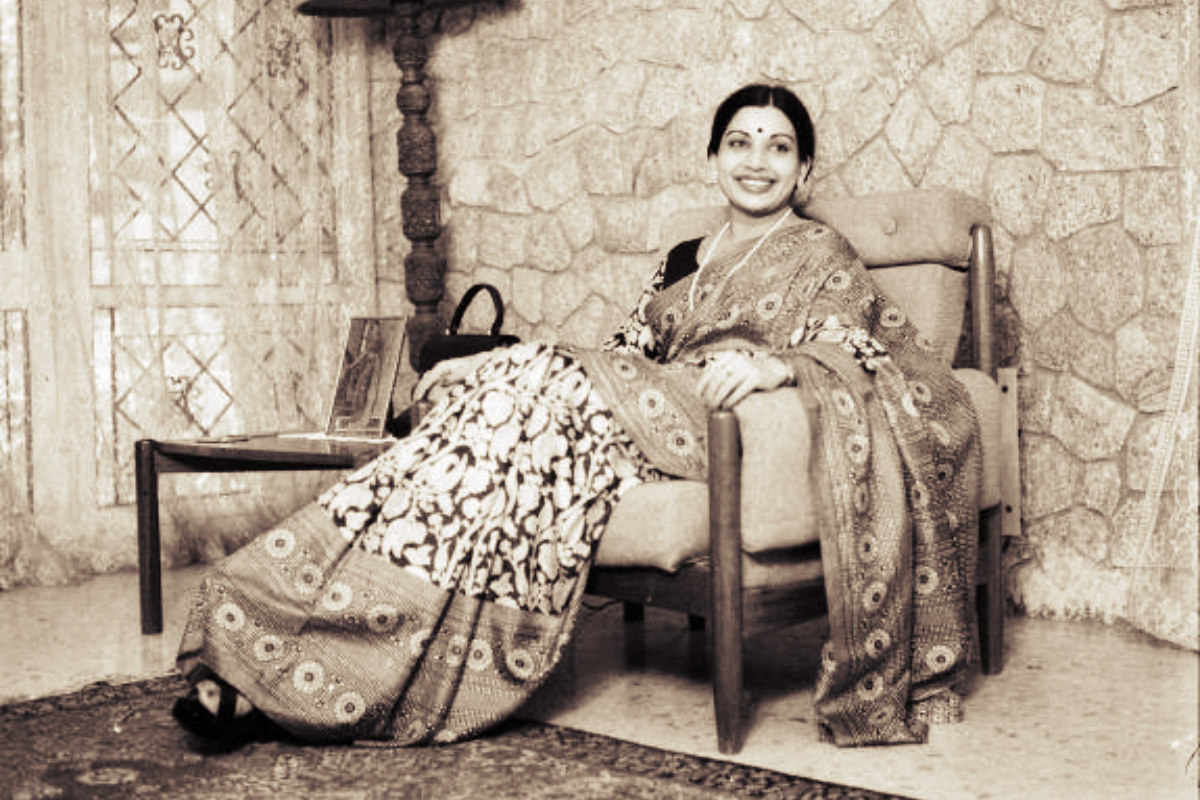 The Audacious Politician And A History Defining Figure

Jayalalitha was only 16 years old when she starred opposite M.G.R in Ayirathil Oruvan. The entire cast & crew would stand up every time the veteran actor walked in, but the Church Park educated, English speaking Jayalalitha sat there with her legs crossed, reading her book. It was this audacity that went on to define the rest of her political career. Obviously, she was a charming, multi-faceted actor who was trained in various dance forms. But not so obviously, she was well read and witty, she was intelligent and she knew it. It was not merely her affair with MGR that drew her to politics, it was her prolific ability to speak in English & Hindi with an intellect that could match an economist. When MGR died, she sat conspicuously at his head for an entire two days, relegating his wife Janaki to a sidelined spot. Janaki’s aids tried to push her away, in fact, pinched her, stepped on her feet, but she refused to budge. When she got on to the carriage for the final procession, she was visibly pushed off it in front of all television cameras.

This effrontery was what would help her survive all those years of politics that would follow. The entire party split into two after MGR’s death, but four years later united under her leadership to form one formidable opposition.

Jayalalitha won against all odds. She was a white-skinned Brahmin in a party that thrived due to its Dravidian anti-class rhetoric. She was a glamorous actor who cannot, by definition, be taken seriously. Above all, she was a woman trying to ascend to power in the 1980s in Tamilnadu. An unmarried, childless woman. To put it in context, she was not only walking a path of thorns, she did it in an oxygen-less chamber while her arms and legs were tied. It’s a feat that she survived at all, not to mention that she actually thrived.

The Battle Of Political Proportions

In 1989, when she opposed Karunanidhi’s presentation of the budget, she was almost disrobed in the assembly. This was in addition to being the recipient of lewd comments and hair pulling. This is probably the highest documented insult that a woman has ever faced in a state Assembly. Yet she persisted. She came out of that incident more guarded than ever before. She wrapped herself in layers of clothing and stopped wearing any jewellery at all. She succeeded at ‘desexualizing’ herself and branded herself as ‘amma’ (mother), the only known way to gain respect in that highly testosterone-filled environment.
Everyone knows her as the person who silences opposition and who creates sycophants who fall at her feet and worship her. This was the only possible way she could command, consolidate and hold on to the otherwise elusive power. If she was any more cordial than this, she might have as well been an air hostess.

Jayalalitha played popular politics. When the DMK promised laptops, she provided table fans, mixers and grinders instead all branded with her cherubic photograph on it. She accumulated disproportionate assets in 1996 and has faced her share of atonement. However, no one else, not even men, could have been a formidable opposition to the DMK that has systematised corruption and nepotism in ways that she couldn’t. Forget her followers who baselessly immolate themselves or cut off their fingers in a spree of blind devotion towards her. I have spoken to several civil servants of the state who claim they function with lesser interference under her leadership than under the other party.

And with four and a half years of her term left, there is no single leader that can fill her void. It will be several years, even decades, before another woman can even remotely achieve what she did in a state like Tamilnadu. Now her statues will come up all over the state, and for once I’m glad. In a few generations, all that will matter is that there is a woman’s statue as well, and that statue is not a mere kannagi who was venerated because she was a perfect wife, but of a woman who was a true and powerful leader of her own merit and her own making.

Related posts:
TEDx Talk By Nivetha Thomas : The Importance Of Cultural Integration, Collective Victory And Self-Be...
[VoxSpace Tech] GiftsOnAir Nominated As The Best Startup Of The Year 2018
[VoxSpace Exclusive] ECSTASY : The Inside Story Of Narcotic Drugs And A City Getting The High